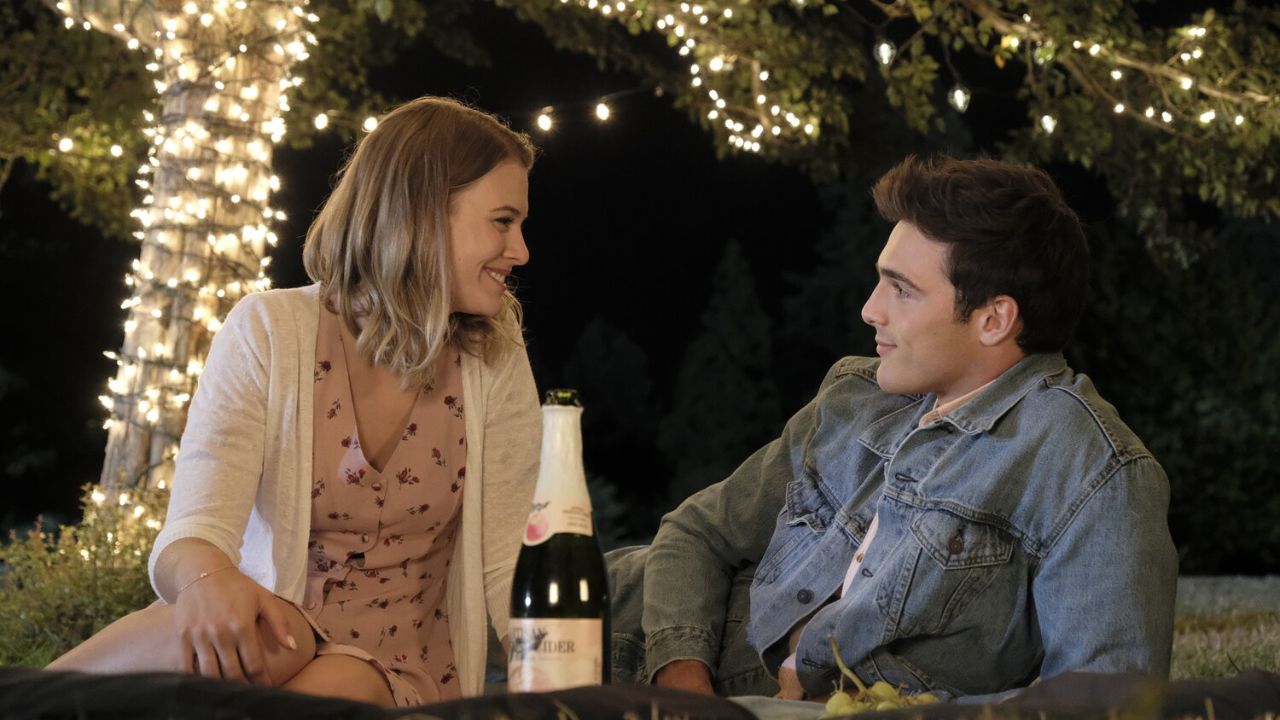 Everything you need to know about 2 Hearts filming location. The 2020 Netflix movie was shot in Vancouver, British Columbia, and Hawaii. Grab all the details.

2 Hearts is based on Eric Gregory‘s 2017 book titled All My Tomorrows: A Story of Tragedy, Transplant, and Hope. It chronicles Christopher (Jacob Elordi) and his partner Sam (Tiera Skovbye) as they fall in love, but things shift drastically when Christopher has a brain hemorrhage.

For this pair, standing by Christopher and watching him embrace the noble choice to award his organs is a tremendous experience. As Jorge’s health deteriorates, he and his spouse Leslie (Radha Mitchell) become more involved in their lives.

It recounts two love stories that are eons apart and how they inadvertently cross paths. It is based on the life of Christopher Gregory, a grad student, and Jorge Bacardi, the founder of the Bacardi rum business, and is helmed by Lance Hool.

Jorge had a disease that has been eroding his lungs since he was a toddler. He was used to getting an “expiration date” every few years since he needed a double lung transplant, which seemed unattainable given how long he’d been on the standby list.

Christopher came into their life in the form of a blessing and profoundly transformed their lives. Here is the filming location where the movie 2 Hearts was shot!

‘2 Hearts’ Filming Location – Where was the Netflix Movie Filmed? 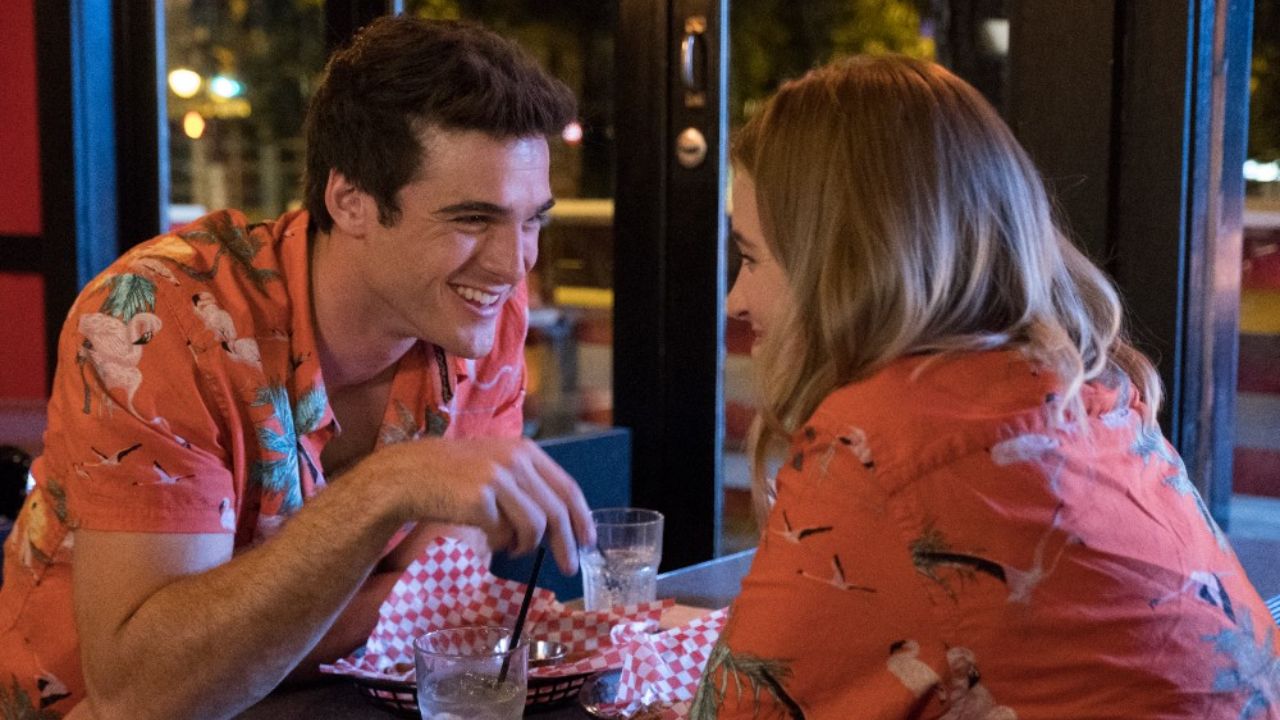 One of the nicest things about Netflix, in our opinion, is that it offers classic movies and TV series a second chance. Throughout the years, the streaming platform has introduced consumers to a diverse range of titles, and 2 Hearts is the most recent to garner attention.

Despite the fact that it first debuted in October 2020, many fans are discovering it for the first time now that it has been added on Netflix, where it is currently ranked high in the “Top 10” territory in the United States.

2 Hearts is based on true events, but where was the filming location? The 2020 movie was developed in Vancouver, British Columbia, and Hawaii.

The cast members spent about 30 days shooting in British Columbia, which is Canada’s westernmost region and is located between the Pacific Ocean and the Rocky Mountains. The two specific sites are Green College at the University of British Columbia and Lynnmour North in North Vancouver.

The crew used the attractions at Kapolei, Ko Olina Marina, Waikiki, and Kualoa Beach in Hawaii. Given the fact that Tiera had never witnessed the state before, the actors – Jacob, Jordan, and Tiera – flew out to the Western United States before production started.

This allowed them to explore and get a feel for a variety of beautiful places before beginning work on the film. Because the film is based on a true story, it’s heartwarming to learn that representatives of the real families paid a visit to the set.

At that point, they already had sort of the image of what we wanted them to play. It was interesting to see how close we were and how close I was in casting, which was pretty cool.

Also See: ‘Army of the Dead’ Filming Location – Where was the Netflix Movie Filmed?

Though 2 Hearts is partially a romantic picture, as audiences see the two pairs form a relationship, it’s also a narrative about how one individual’s optimism can come at the cost of another’s life.

The viewers learn early on in the film that Jorge (the successor to the Bacardi rum empire) has a lung problem. Doctors said he wouldn’t live to be 20 years old. Despite his bodily limitations Jorge strives to enjoy his life to the utmost.

Also Read: ‘The Woman in the Window’ Filming Location – The Complete Details!

Jorge bumps into a flight attendant named Leslie in the 1970s when he is in his thirties and going to Puerto Rico for business. Although the dup falls in love, they are both aware that Jorge will eventually require a transplant.

In the meantime, Chris stumbles across Sam as a freshman at Loyola University in the early 2000s. He makes the decision to join her sober car ride business, Safety Patrol.

Sam and Chris turn into a romantic couple after spending quality time together. Things change, though, when Chris passes out at a mate’s place. He’s brought to the hospital, where he discovers he has a brain aneurysm.

Chris’s condition never fully recovers, and he gets another health concern not long after. His family discovers that his brain is hemorrhaging during this journey to the emergency department. He is later discovered to be brain dead.

Meanwhile, Jorge’s own wellbeing has deteriorated much further. Several people receive calls informing them that they would receive needed surgeries because Chris successfully registered to be an organ donor.

Do Not Miss: StartUp Netflix 2021 Filming Location – American Show from Crackle was Not Filmed in Miami!

Jorge receives a lung transplant from Chris, who unfortunately passes away. Jorge and Leslie start writing to Chris’ folks, Eric and Grace Gregory, towards the end of 2 Hearts.