Action Bronson’s Weight Loss in 2022: Surgery or Diet? Before & After Photos Examined! 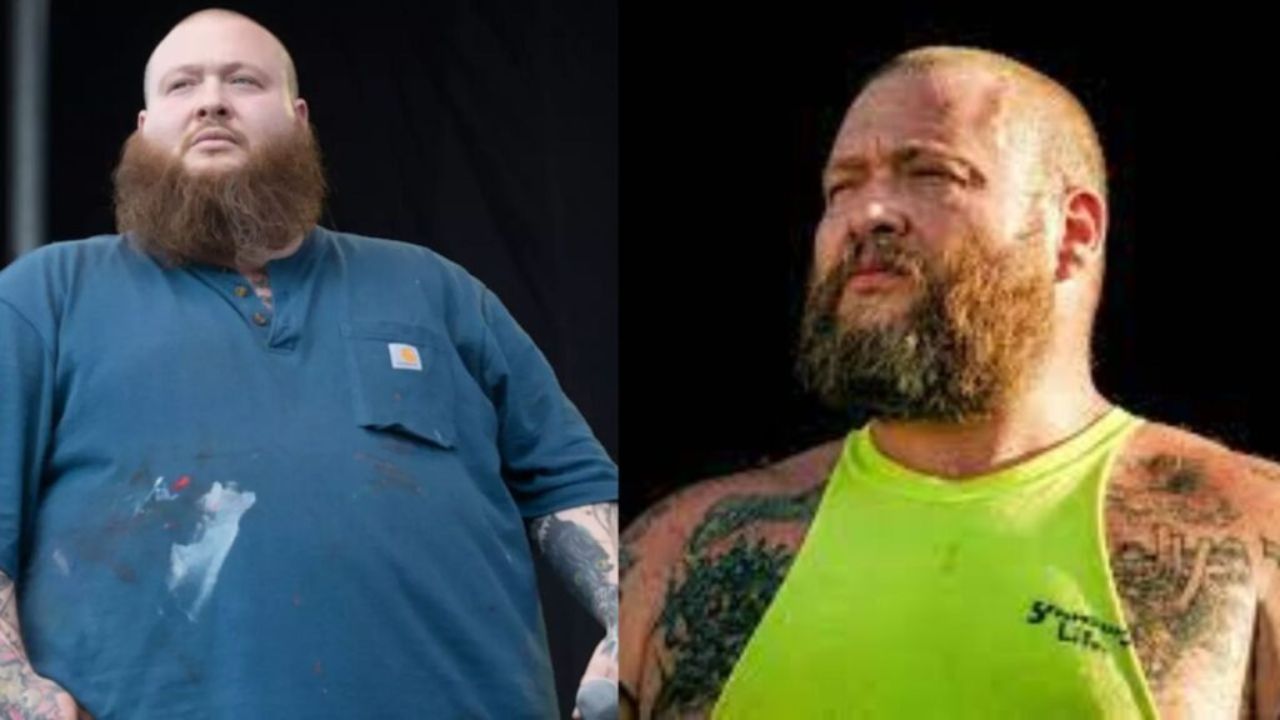 Ariyan Arslani, aka Action Bronson, has reportedly lost 127 pounds, as of 2022, and has received critical acclaim from his fans for his remarkable weight loss transformation over the past year without undergoing any surgery. Looking at his before and after photos, the rapper-turned-wrestler now looks way too different. Additionally, he credits his diet and exercise routine for his transformation.

Apart from his music career, Arslani hosted The Untitled Action Bronson Show, a talk/variety show, and continues to host his travel show F**k, That’s Delicious on Viceland. Arslani also released his first book, a cookbook based on his travel show in September.

Action Bronson has received widespread acclaim for his remarkable weight loss transformation over the last year.  And recently, the Subzero MC made his All-Elite Wrestling debut at Grand Slam, teaming up with Hook to defeat Matt Menard and Angelo Parker in an epic match. Bronson was legit impressive with his current leaner appearance in the fight, throwing guys over his shoulder and slamming them to the ground in an entertaining performance. On the other hand, many people are curious to know about his weight loss transformation

There are more interesting weight loss stories of Erica Campbell and Joe Thomas you might want to check out.

Action Bronson Weight Loss in 2022: The Rapper-Turned-Wrestler Is Said to Have Lost Above 127 Pounds of Weight With the Help of Regular Exercise and a Properly Balanced Diet!

Ariyan Arslani, aka Action Bronson (@bambambaklava), has undergone a massive body transformation and has received critical praise from his followers for his remarkable weight loss transformation over the past year without going under any surgical procedure. Yes, he never underwent any surgery to lose weight.

The New York rapper, who was previously known for his nearly 400-pound figure, revealed how he lost 127 pounds since March in Men’s Health Magazine on Dec 2020. Former chef turned rapper, TV host, painter, and whatever else he wants to be committed to a healthy lifestyle, dropping from 375 to 250 pounds in less than a year. He stated that he had always struggled as a big boy saying,

I’ve been a big boy my whole life, and it got out of control at some point. My entire career was based off living a fast, hard life.

Action Bronson also hosted his own Viceland show, F*ck That’s Delicious, in which he traveled around the world eating the most extravagant, decadent, and fatty foods imaginable. He lived his life his way, and as admirable and endearing as it was, Bronson decided it was time to take care of himself.

No doubt, diet is the primary focus for anyone wanting to transform their body. Bronson starts his every day with a protein shake and scrambled eggs before heading to the gym. Bronson works out with cardio and weight lifting because he wants to do more than just lose weight. He wants to be a “big boy,” as he describes himself. The rapper is now on a strict diet and workout regimen that begins with a 4 a.m. wake-up call. He eats five to ten egg whites, chicken, and broccoli for lunch.

Throughout the day, he makes another protein shake and eats nuts tossed in honey and spices. He then goes to the gym with his personal trainer, Dave Paladino, to work out. Their sessions consist of 45 minutes of boxing and intense routines “like 50-pound medicine-ball throws,” according to Bronson.

Bronson also enjoys HIIT workouts and prefers athletic circuits that challenge his entire body. He rattles off his favorites as if preparing to spit a verse. Slams. Carries. Presses. The sled pushes. He completes the workout with a hundred burpees “or some sort of ridiculous thing.”

Looking at his before and after photos, we can clearly see that Action Bronson has given himself the determination to work hard and, quite frankly, to give himself a new lease on life. Never be ashamed of who you are, but never be ashamed of striving to be better.

Jay Mohr’s Weight Gain: How Much Does The Comedian Weigh Now? Read More

Trending
Lea Michele’s Plastic Surgery: What Happened to Her Face? Did She Have Jaw Surgery or Buccal Fat Removal?
Trending
Dani Austin’s Plastic Surgery: Did The Influencer Have a Nose Job?
Trending
The December 22, 2022 TikTok Slideshow Incident: A Cautionary Tale for Social Media Users!
Trending
The Little Mermaid Cover Controversy: The Truth Behind the Phallic Spire on VHS!
Trending
Scott Disick’s Weight Gain in 2022: How Many Pounds Did Kourtney Kardashian’s Ex-husband Gain?
House&Whips
About UsPrivacy PolicyTerms of UseDMCAContact
House&Whips is a leading media and entertainment source as a fast-growing information hub. For promotion or advertisement, please mail us at [email protected]