Alexa PenaVega’s Plastic Surgery: Take a Look at the Before and After Pictures of The Spy Kids Star! 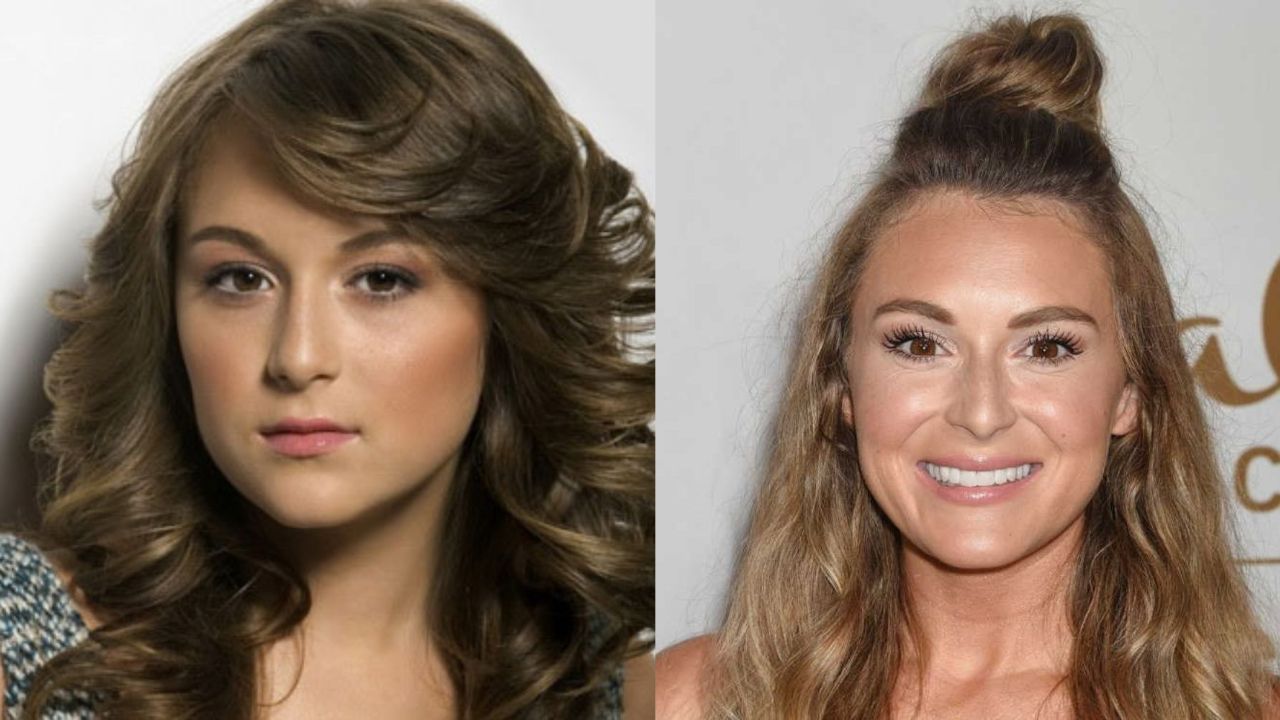 Alexa PenaVega is believed to have had multiple plastic surgery procedures including a nose job, an eyelift, facial fillers, and breast implants. The Spy Kids actress had denied that she had work done once. But that hasn’t stopped people from speculating about Alexa PenaVega’s plastic surgery.

Alexa PenaVega is an American actress and singer who is best known for her portrayal of Carmen Cortez in the Spy Kids film series and Julie Corky in the 2004 film Sleepover. In 2009, she played the lead role of Ruby Gallagher in the ABC Family series Ruby & the Rockits. She has starred in many movies like 23 Blast, Machete Kills, Bounty Killer, Wicked Blood, The Remaining, and The Hunters. She has also guest starred playing herself on the Big Time Rush series finale Big Time Dreams.

In 2016, the actress started doing Hallmark movies such as Ms. Matched, Destination Wedding, Enchanted Christmas, Love at Sea, and Christmas Made to Order. In 2019,  she starred in the Hallmark Movies & Mysteries series Picture Perfect Mysteries. The most recent Hallmark movies she did are Taking a Shot at Love (2021) and Love in the Limelight (2022).

Alexa PenaVega has also dabbled in music. She recorded three songs for the soundtracks while playing Carmen Cortez in the Spy Kids films. She released her debut single Isle of Dreams as a promotion for the second Spy Kid film, and for the promotion of the third one, she dropped Game Over and Heart Drive featuring Bobby Edner. She also recorded songs for the movie Repo! The Genetic Opera and released in 2008. In 2015, she appeared in Dancing With The Stars.

Alexa PenaVega has been accused of having plastic surgery for a long time. But has she? Read to find out!

Previously, we touched on the plastic surgery efforts of Chloe Lattanzi and Jaclyn Smith.

Alexa PenaVega (@vegaalexa) is speculated to have undergone plastic surgery including a nose job, an eyelift, facial fillers, and breast implants.

Alexa PenaVega was 12 when she rose to fame with Spy Kids. She gained prominence as a child so when she grew up, she was in the public eye. So, she was scrutinized from a young age and every little change in her facial features was examined very closely. And not long after she turned 18, the speculations about plastic surgery started.

As for her face, people thought the Spy Kids star had undergone a nose job, eyelift, and facial fillers. She always had a slim nose but it looks as though she changed it for a sharper one. Plus, the tip of her nose seems to be smaller than before. While it may not be very obvious at a single glance, fans insist that if you compare her old photos to the recent ones, you can see a minor change in her nose.

But that’s not what she said. In 2013, addressing all the rumors of plastic surgery and specifically, the nose job, she tweeted,

Haha. Guys! I did not have plastic surgery… This is my nose! Lol and I’m not trying to break up the band. That is all.

So, it could be that the little change in the tip of her nose and her sharper nose bridge is the effect of make-up and she really didn’t get plastic surgery. But in spite of the denial, people kept on scrutinizing her looks to check for other cosmetic surgery.

The other plastic surgery procedures fans believe Alexa PenaVega has gotten are facial fillers and an eyelift. People suspect that the structure of her face has changed a little bit and they think it’s because of the fillers she got. Earlier, she used to have softer features whereas now, her jawline seems a lot more angular and her face more defined. This could be makeup and contouring too but fans have suspected plastic surgery anyway.

And about her eyes, Alexa PenaVega is believed to have had plastic surgery to make her eyes bigger. She used to have crescent-shaped eyes, a bit droopy. But now she has bigger eyes that are very wide-set. People think that was the work of an eyelift.

Other than those plastic surgery procedures done on the face, fans believe that Alexa PenaVega had breast implants as well. All grown-up herself, she used to have small breasts. But some years later, she wore a two-piece bikini and flaunted her new bigger breasts. She now had a curvy body shape and larger breasts. Fans think that she has had breast implants which seem to have given her a new shape altogether.

However, she herself has never admitted to any of them. Some of her fans regret that she ever had plastic surgery because she naturally looked beautiful before and all the work has aged her now while others argue that she had never had any work done. Looks like we will never be able to tell unless Alexa PenaVega herself tells if she had plastic surgery.