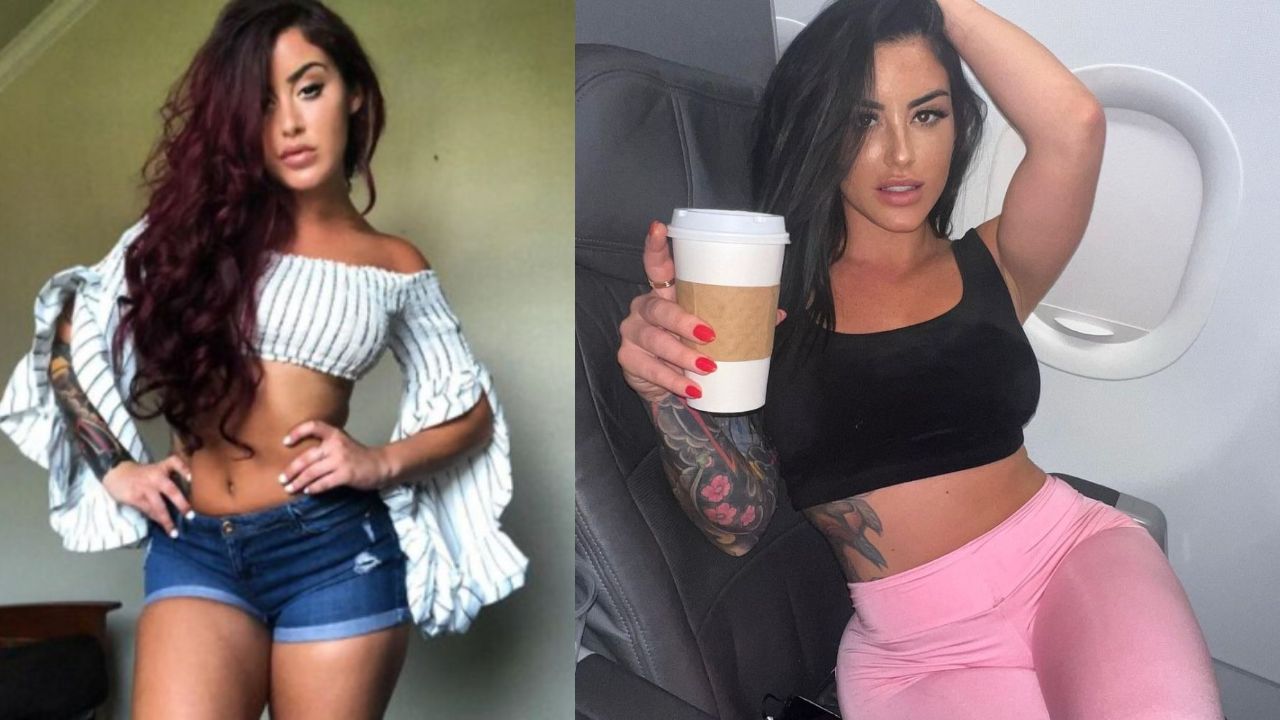 Alysia Magen has been targeted with plastic surgery speculations after it was announced that she would be facing off Blac Chyna in Celebrity Boxing. The social media influencer is believed to have had plastic surgery like lip fillers and butt implants. Alysia Magen was lunged at by Blac Chyna after she brought up Kim Kardashian in the boxing match which ended in a draw.

Blac Chyna seems to be in a fighting mode right now be it in a court with Kardashians or in an actual boxing ring with Alysia Magen. Ever since it was announced by Celebrity Boxing that she would be facing off against Chyna, people have taken much interest in who she is.

Alysia Magen is a 32-year-old fitness model and social media influencer. She currently has a following of more than 1.4 million followers on Instagram. She also has a YouTube channel where she has uploaded 58 videos till now. She has amassed over 3.38k subscribers on the channel.

The fitness enthusiast is also an Air Force Veteran which she has mentioned in her Instagram bio. Before finding out her true calling as a social media influencer and a fitness personality, she served for nine years as a dental technician in the US Air Force. She also worked in the position of a Staff Sergeant.

Alysia Magen started her modeling career after becoming a nationally qualified NPC bikini competitor. She also came first in short sport for the AFS in Finland. She graduated with an Associated Degree from the Community College of the Air Force.

But all of this is not what people want to know. What they want to know is whether Alysia Magen has had plastic surgery or not.

Previously, we touched on the plastic surgery efforts of Meg Ryan and Britney Spears.

Alysia Magen's Plastic Surgery: Fans Seek Before and After Pictures!

It has not been more than a month and a half since Alysia Magen (@alysia_magen) got this clout and speculations have already begun about her plastic surgery.

Alysia Magen is a social media influencer (Influencers are often associated with plastic surgery) which means her Instagram game is strong. And on top of that, she is a fitness enthusiast too. It does not take a lot to know her being those things puts her in the category of attractive people. She is conventionally pretty indeed and gives the vibe of an Instagram influencer, which automatically generates the question: does she naturally look like that or has she had plastic surgery to fit into the Insta aesthetics?

Well, Alysia Magen has not revealed if she has had plastic surgery till now, not even when public interest in her has soared in recent times. Not that she is obliged to share it or owes it to anybody to divulge whether she is all-natural or to look the way she does,  every bit an influencer, she has taken the aid of plastic surgery.

Since she is not telling, fans can only speculate. They also seek before and after pictures of the influencer's plastic surgery. In her time as an Instagram influencer, there does not seem to be much difference in the way she looked then and now. So people want to know if she had plastic surgery after she left the US Air Force and before she became a social media influencer.

Again, we can only guess. And lots of people believe or guess that she has had fillers injected into her lips to give them a fuller volume. Her lips definitely don't look swollen but that's not all her, is what most fans think. If she had lip fillers, they seem tastefully done.

Also, her Instagram page is full of pictures where she flaunts her butt. Even her bio says she is 'America’s #1 🍑.' So, every time people go through her Insta feeds, they are thinking if she had butt implants or butt injections. However, she is a fitness influencer so she could have gotten that butt by working out. But then there's always the possibility of her choosing to get plastic surgery as well. We shall never know until she tells.

When Celebrity Boxing posted a snap in mid-May of Blac Chyna and Alysia Magen staring each other down as if they would lunge and tear each other apart if they were not being held apart by CEO of Celebrity Boxing Damon Feldman and announced that they would be facing off in the ring on June 11, people were very excited and couldn't wait for it.

But June 11 came and went. And I have never been into boxing so I don't know what they were expecting but whatever they were expecting, they were disappointed. Not upset, just disappointed that the boxing that took place at the Charles F. Dodge Center in Pembroke Pines in Florida was a total 'snoozefest' as someone said. Maybe they were expecting something messy (did they mistake boxing for wrestling like I did at first), so they didn't like how the boxing seemed like such a classy event that looked like it happened in the school gym.

Or maybe the boxing was really nothing to write home about. I mean, there was no winner, the match ended in a draw and there was only one knockdown. Alysia Magen chinned Blac Chyna and knocked her down. But the most interesting part of the boxing seemed to be the trash-talk. Maybe the only thing that got hit besides that one knockdown was Blac Chyna's nerves when Alysia Magen said 'Hey, I'm not Kim Kardashian, I'm gonna knock you both out.'

Alysia Magen probably was referring to the time when Kim Kardashian lost to Tamara Frapasella, who was Chyna’s trainer for the exhibition in a 2009 boxing match and Blac Chyna probably remembered the messy lawsuit she lost in a legal battle with Kim Kardashian and her family.