Amber Heard’s Weight Loss: How Did The Actress Lose Weight? Diet or Depp? 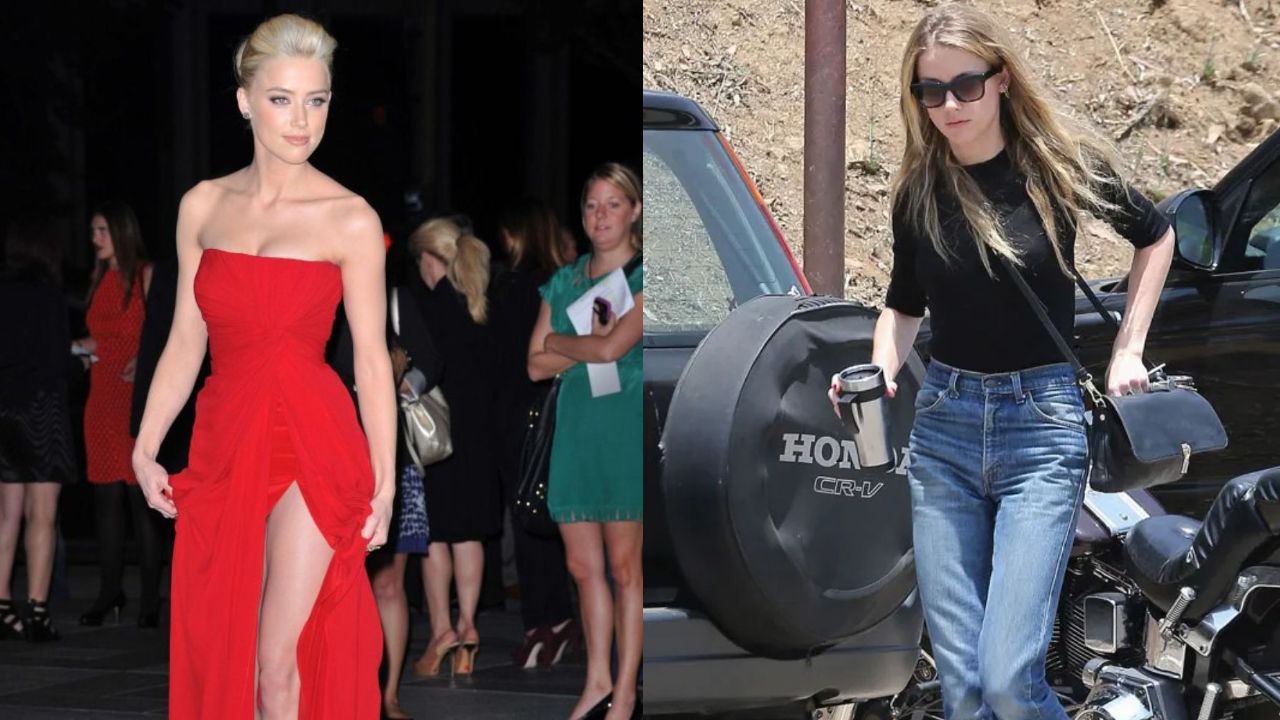 Amber Heard’s weight loss was a point of contention in the court during the hearing for her testimony in the defamation trial. Dr. Dawn Hughes who evaluated her told the jury that the actress dropped to 105 pounds from 130 pounds and lost 25 pounds as a result of the stress she faced over Depp’s abuse. She also further substantiated Amber Heard’s weight loss by revealing that the actress had been taking more medications and that she was diagnosed with PTSD.

Amber Heard is an American actress whose most notable movie credit is the role of Mera in the DC Extended Universe franchise. She has played Mera in Justice League and Aquaman and is set to play it in the forthcoming Aquaman and The Lost Kingdom. She got her first leading role in the horror film All the Boys Love Mandy Lane.

She did supporting roles in films even after that in movies including Pineapple Express, Never Back Down, The Joneses, Machete Kills, Magic Mike XXL, and The Danish Girl. She has also starred in films such as The Ward and Drive Angry.  She has also acted in television series such as Hidden Palms and The Stand.

She is an American Civil Liberties Union (ACLU) ambassador on women’s rights and was a Human Rights Champion for the Stand Up for Human Rights campaign by the Office of the United Nations High Commissioner for Human Rights who spent the last few years in a very harsh glare of the spotlight she received from being embroiled in a legal battle with her ex-husband Johnny Depp.

In the much-publicized defamation trial, her testimony included a point of contention about her weight loss. She was evaluated by a forensic psychologist who told the jury that she had lost 25 pounds because of the stress caused by Depp. She was also said to have transformed physically after she lost 20 pounds after she split up with him and filed a temporary restraining order from him. Here are all the details about Amber Heard’s weight loss!

Amber Heard’s Weight Loss: It Was Not Diet; It Was Depp!

Amber Heard (@amberheard) was revealed to have undergone a weight loss of 25 pounds during her abusive marriage to Johnny Depp (@johnnydepp).

Marriage with Johnny Depp sure took a lot of toll on Amber Heard and her weight. The violence she claims to have faced and the stress she had to endure over the alleged abuse are said to have caused significant weight loss in her. This was one of the points of contention in the much-publicized defamation trial.

In the bombshell defamation trial that took place in Fairfax County Court in Virginia, a forensic psychologist who evaluated Amber Heard testified that the effect of the alleged abuse by Johnny Depp made Heard drop 25 pounds. It was revealed in front of the court that the actress went from 130 pounds to 105 pounds in the time she faced abuse at the hands of Depp.

The New York-based clinical and forensic psychologist Dr. Dawn Hughes who is also an expert on domestic violence evaluated Amber Heard and her weight loss. She appeared on the stand for cross-examination ahead of her testimony on Day 14 of the case.

Dr. Hughes proceeded to tell the jury about her weight loss after informing the court that she conducted a psychological evaluation of the Aquaman actress and met her for a total of around 29 hours – in a mix of in-person and Zoom sessions. She said that Heard had been taking significantly more medication and had more episodes of panic and more outbursts of anger because of stress over Depp’s abuse.

She called the mixture of Depp’s substance abuse and the violence a ‘very, very disastrous mix’ and substantiated Amber Heard’s weight loss with the diagnosis of post-traumatic stress disorder (PTSD) during their time together. Dr. Dawn Hughes told the court, “When alcohol and drugs came together was when Amber Heard was more in danger of being hurt by him.” And this stress caused her weight loss. She was reportedly 130 pounds but after marriage with Depp, she dropped to 105 pounds.

She also added that Amber Heard was scared that nobody would believe her side of the story against Johnny Depp, which further affected her health and caused weight loss out of anxiety.

The one thing women are afraid of is that no one going to believe them. When someone comes out and calls your experience a hoax that lends itself to more severe trauma for her.

This is not the first time Amber Heard has had massive weight loss. It had been a rough few weeks for her when she first got embroiled in a legal battle with Johnny Depp in 2016. She apparently lost 20 pounds amid the drama with Depp. And it was evident when she was photographed in LA looking very shockingly thin.

Amber Heard was spotted while she was heading to a LA office building and her weight loss was very apparent in how she appeared gaunt in a pair of jeans which was still falling loose even with the help of a belt and a black t-shirt. She attempted to remain low-key with a hat shading her face, but her somber expression was visible under the brim.

According to TMZ, Amber Heard even had to reschedule a movie costume fitting because the crew thought she was too thin after her weight loss of 20 pounds caused by overwhelming stress.

Margaret Josephs’ Weight Loss: How Did The Real Housewives of New Jersey Star Lose Weight? Check Out Her Before and After Pictures! Read More

Trending
Mariah Carey’s Weight Loss Surgery: The Popstar Lost 30 Pounds Few Months After Having Gastric Sleeve Surgery!
Trending
Is Noah Centineo Gay? The Recruit Star’s Sexuality Explored!
Trending
Christie Brinkley’s Plastic Surgery: How Does She Look Much Younger Now, at the Age of 68?
Trending
Did Mariah Carey Have Plastic Surgery? Check Out The Singer Then and Now!
Trending
Sonya Eddy’s Weight Loss: Epiphany from General Hospital Lost 60 Pounds in 2018!
House&Whips
About UsPrivacy PolicyTerms of UseDMCAContact
House&Whips is a leading media and entertainment source as a fast-growing information hub. For promotion or advertisement, please mail us at [email protected]