Amelia Gray’s Plastic Surgery: Did She Have Buccal Fat Removal? How Did She Look Before? 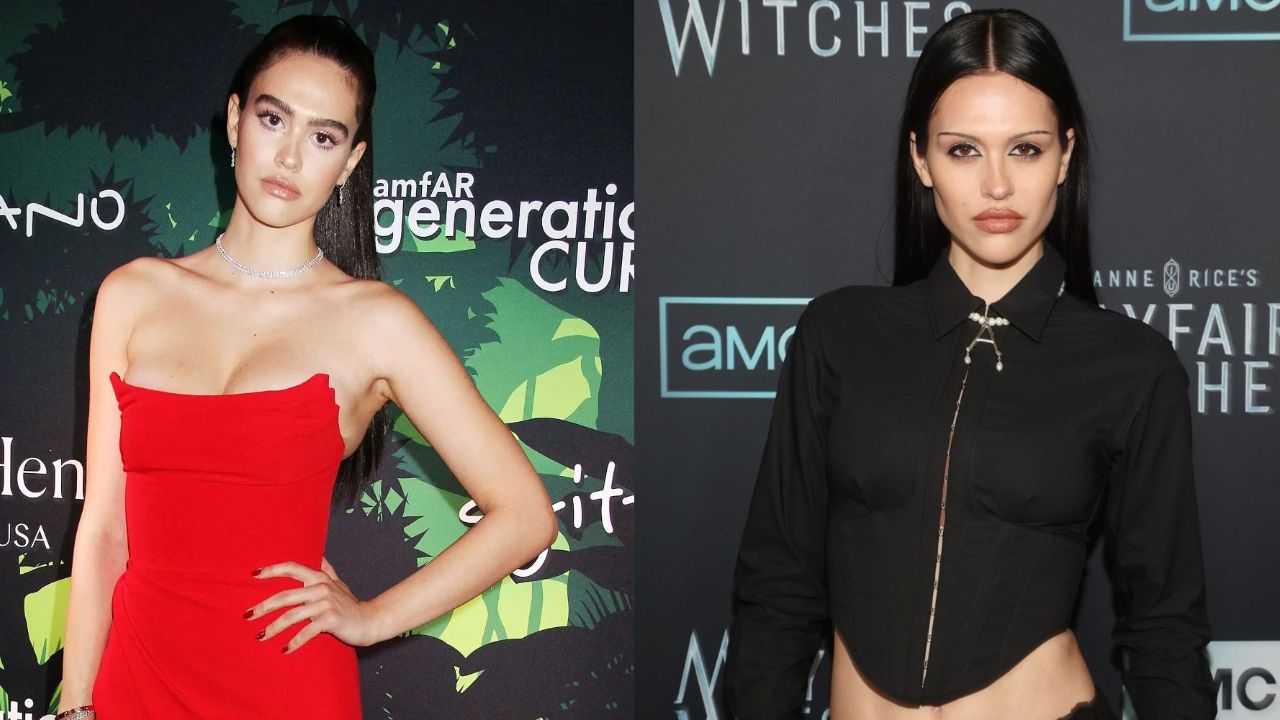 Amelia Gray’s plastic surgery allegedly includes lip fillers, jaw implants, breast augmentation, and buccal fat removal. She once admitted to having a breast reduction because of an infection caused by nipple piercing but other than that, Amelia Gray Hamlin has never made confirmed other plastic surgery procedures.

Amelia Gray Hamlin is the daughter of the reality star Lisa Rinna and actor Harry Hamlin. She has often been featured on her mother’s reality show The Real Housewives of Beverly Hills. A lot of people know her from those brief appearances than from her modeling career.

She has modeled for brands including Hudson Jeans and Too Faced and is currently signed to Women 360 Management New York She was previously represented by IMG. In 2019, she launched a clothing brand with her older sister Delilah called DNA.

She is always overshadowed by the people she’s associated with – her mother, her boyfriend, and her friend, so, she’s not much known for her work, but more known for several works done. She is often discussed just because of her plastic surgery. People suspect she has had lip fillers, buccal fat removal, jaw implants, and more. Let’s learn more about Amelia Gray’s plastic surgery!

You might want to read more plastic surgery stories of Kate Middleton and Sebastian Maniscalco.

Amelia Gray Hamlin Before Plastic Surgery: She is Speculated to have had Lip Fillers, Buccal Fat Removal, and Breast Augmentation!

So, Amelia Gray Hamlin knows how to get people to talk about her. Because it was the red carpet of Mayfair Witches premiere, her father’s movie, and she had joined her mother – the reality star Lisa Rinna who is The Real Housewives of Beverly Hills alum but dressed in a Matrix-inspired outfit in a cropped and collared zip-up corset top, a maxi skirt, and sock-boots, she stole the limelight away and all because of her plastic surgery.

Amelia Gray wanted sharp facial features and stronger bone structure and she finally got it (bought it). In doing so, she aged herself 20 years and she also got nasolabial folds that she didn’t before. The only thing she lost was the baby fat from her cheeks. Buccal fat removal really did a number on her appearance. Many thought that she was just following in the footsteps of Bella Hadid but others countered that while Hadid refined her face, Gray had a teardown. Just because you want and can get plastic surgery doesn’t mean you should.

She also likely had jaw implants as well but instead of getting that cheekbone definition she most likely was going for, she was left with a square masculine jaw. Many Reddit users claim that she now looks like a man. They were disappointed in the fact that Amelia Gray thought she needed to have plastic surgery and that she had buccal fat removal because she was going to need the baby fat of her cheeks when she gets to the age she now looks.

Anyway, as long as she is happy with the way she now looks after the jaw implant and buccal fat removal. This is not the first time Amelia Gray has been at the center of plastic surgery speculations. She sparked cosmetic surgery rumors in July 2021 when she posted a selfie with plastic surgeon Dr. Jason Diamond on her Instagram story and captioned it, “The man, the myth, the legend himself @drjasondiamond, my [favorite] doctor’s appointment.”

Appointment with a doctor who notably provides non-surgical facial treatments including diamond micro-needling and vampire facials to the Kardashians could only lead to some sort of plastic surgery. But which one? Well, just in April, she was spotted with a noticeably strange bruise around her plump lips. During an outing with her then-boyfriend Scott Disick, there appeared to be some swelling and discoloration around the top of her lip outline, which could only mean lip fillers.

Though her mother defended her from the speculations by sharing a black-and-white photo of baby Amelia Gray and writing that she always had the most beautiful lips, people don’t believe her. She herself got plastic surgery on her lips, why wouldn’t her daughter? Amelia Gray never admitted that she got lip fillers.

However, in the past, in 2020, she revealed that she underwent breast reduction when she was just 16. In an interview she did with Skinny Confidential: Him & Her podcast, Amelia Gray described her painful experience. She had a 104 fever and her left breast was swollen because she had mastitis. When she got to the emergency room, the doctors there were like ‘you have a kidney infection.’ She knew better than that. So, she got to the other hospital where they finally told her that she had strep in her left breast.

She was 12 hours away from going into sepsis, a condition triggered by an infection. She had to get plastic surgery to fix that. Because it caused a small abrasion on her body when her nipple piercing was pulled and the strep living in her system went to her breasts because it was an open wound, she had to get breast reduction surgery.

Though this was more out of an urgent medical need than for cosmetic purposes, this still counts as plastic surgery. Plus, the reduction made her boobs uneven and she was left with her left boob significantly larger than her right one, which many believe pushed her to have breast augmentation. There have been several accusations of a breast enlargement procedure since then and before as well when she was just 16.

Just a quick reminder for you to visit House & Whips for more interesting stories about your favorite celebs.