Amy Adams’ Plastic Surgery: Did The Enchanted Cast Get a Nose Job and Botox? 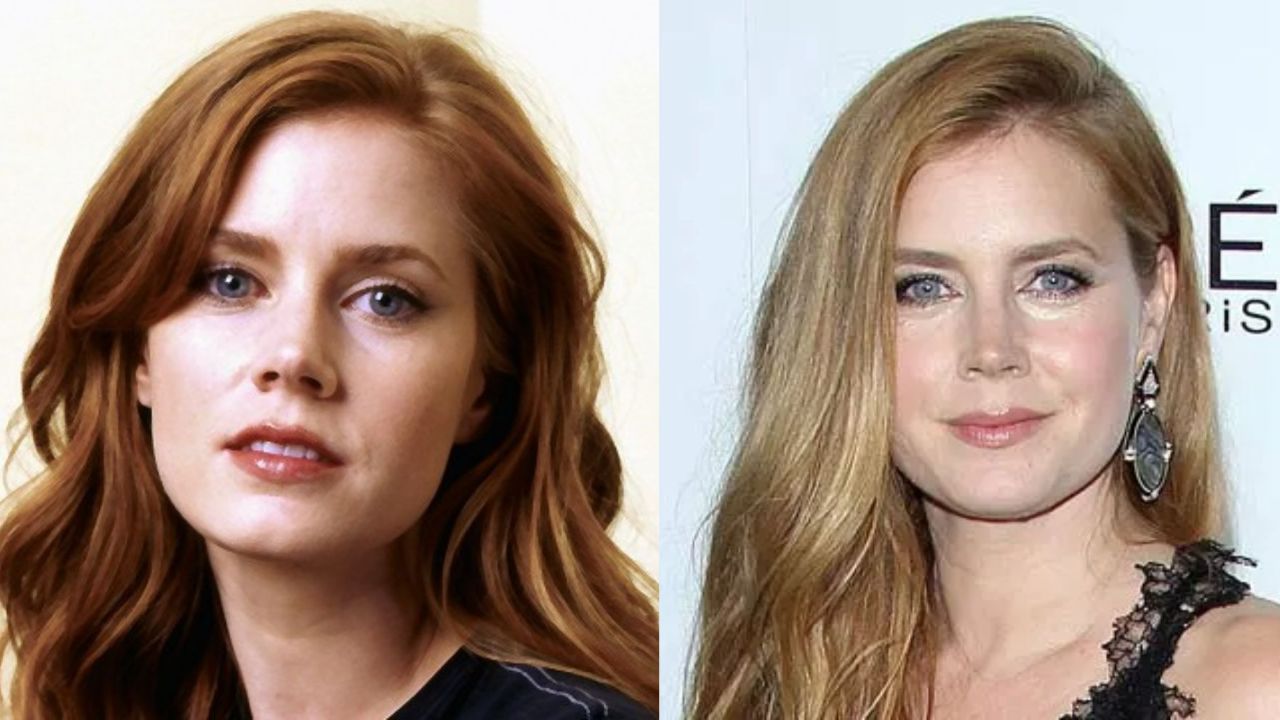 Amy Adams supposedly got plastic surgery including a nose job and Botox. The Enchanted cast is rumored to have gone under the knife to slim down the nasal bridge, narrow the nostrils, and refine the nose tip. The actress is also thought to have had Botox. However, Amy Adams once revealed that her aging philosophy was to avoid any plastic surgery, which essentially discredits those rumors.

Amy Adams is one of the most talented American actresses that Hollywood can boast of. She is very versatile and has done movies of every genre but is mostly known for her comedic and dramatic roles. She has received various accolades including two Golden Globe Awards and nominations for six Academy Awards, seven British Academy Film Awards, and two Primetime Emmy Awards. She has been featured three times in the annual rankings of the world’s highest-paid actresses.

She is undoubtedly extremely popular and is greatly praised for her acting. Though that’s not all the reason why people talk about her. For a few years, she has been plagued with plastic surgery speculations. Despite no change in her appearance, rumors that she has had a nose job have been spread. There are Botox speculations that might not be completely false. Let’s find out more about Amy Adams’ plastic surgery!

Previously, we touched on the plastic surgery stories of Lily-Rose Depp and Marg Helgenberger.

Amy Adams’ Plastic Surgery: The Actress is Rumored to Have a Nose Job and Botox!

Amy Adams (@amyadams) is widely rumored to have undergone several plastic surgery procedures including a nose job and Botox. The actress has never acknowledged these rumors and never denied them though she once confessed that she’s against getting surgical enhancements.

Amy Adams looks amazing as every people would agree. And that would be reason enough for people to be like, ‘Huh! I wonder if she’s all-natural or if she has had work done to look like that.’ That’s the time we live in. Plastic surgery has taken over and is now so normal (though many celebrities deny having them) and accessible, especially in showbiz.

Even though the Junebug star has gone through only negligible changes in her appearance ever since she became an adult (now she is 48), people suspect her of having plastic surgery to alter her nose. There are no noticeable differences in her nose compared to before but because of the rumors, people believe that she has undergone a nose job.

As per the relentless and never-ending rumors, Amy Adams used to have a bumpy nose that was slightly upturned with a bit slanted nasal bridge, which made her nose look a bit asymmetrical before she got it ‘fixed’ with the help of plastic surgery. There are no old photos of her where it looks like she used to have a bump on her nose or a bit slanted nasal bridge but baseless rumors about it being such is so widespread and persistent too.

As per a different rumor about the same topic of Amy Adams’ plastic surgery, she didn’t have a bump on her nose or a slanted nasal bridge but she had a thicker bridge and wider nasal base. As a result, her nose looked very large and non-pointed which does not make for trendy aesthetics. Apparently, this was why she had a nose job. To get her nose bridge slimmed down and to narrow her nostrils and to polish her tip.

Fans are required to observe, as per the rumors, that the Enchanted actress now got a much more small and more refined nose. Her nasal bridge is now suuposedly a hair slimmer and she has narrow nostrils. Her nose looks much pinched. The most striking difference is supposed to be her nose tip. She used to have a rather bulbous tip before she got plastic surgery to reshape it. Now she supposedly has a much refined and pointier tip.

While most people believe these silly plastic surgery rumors, there are others who question it and reject it. They don’t fall for the subtle differences that are supposed to be because of a nose job. They are too skeptical of those negligible differences being something to worry about, talk or discuss. Some also credited the change to her makeup, aging, and lighting.

Amy Adams is also believed to have had Botox. This rumor could have some truth to it because of just minor changes in her from when she was 22 to now when she is 48. Isn’t she supposed to have wrinkles by now? She has barely aged and that could be because of the anti-wrinkle injection.

But Amy Adams once revealed that her aging philosophy was to avoid any surgical enhancements. This could mean that she did not get Botox as she did not prefer having plastic surgery of any sort. She said that she wanted to do everything that did not involve needles or knives which ruled out nose job as well.

Aside from that statement she gave about two years ago, she has never addressed the topic of plastic surgery. She has never acknowledged the rumors that she got a nose job and Botox.