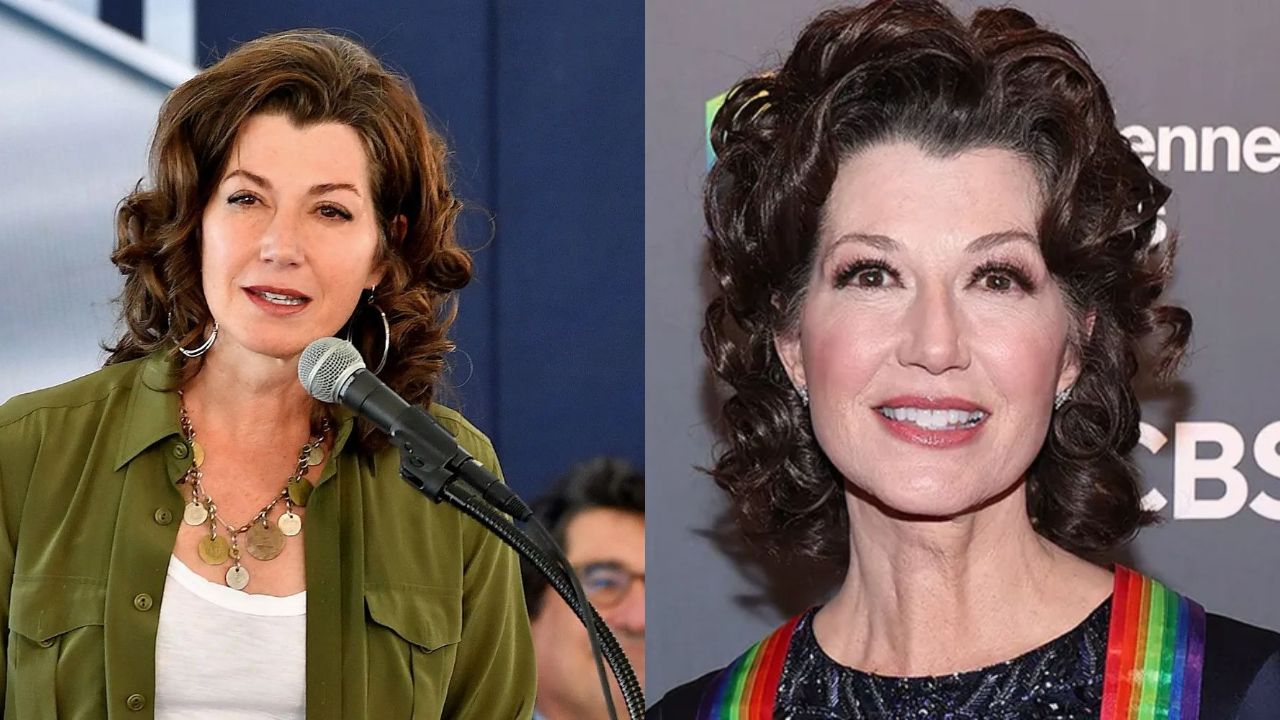 Amy Grant has become the subject of speculation about plastic surgery after her red-carpet appearance at the 2022 Kennedy Center Honors following her accident. Fans believe she might have had Botox and fillers after noticing that she appears young for someone who is now 62. However, Amy Grant has never addressed the plastic surgery rumors. She, however, has had heart surgery.

Amy Grant is a singer, musician, and songwriter from the United States. With songs like Father’s Eyes, El Shaddai, and Angels, she rose to stardom in Christian music during the 1980s, while she was still in her 20s. She was given a star on the Hollywood Walk of Fame in 2006 for her contributions to the entertainment industry. She is the co-creator of the well-known Christmas carol Breath of Heaven and the author of various books, including a biography titled Mosaic: Pieces of My Life So Far and a book based on the song.

She performed her first ticketed concert shortly after beginning her first year at Furman University in 1978. She and Peter Cetera collaborated on the song The Next Time I Fall, which became her debut No. 1 record on the Billboard Hot 100 in 1986. She released her best-selling album to date in 1991 with the smash hit Heart in Motion, which spent 32 weeks atop the Billboard Christian album chart. It sold five million copies in the United States and spawned her second No. 1 pop single, Baby and Baby.

Amy Grant provided fans with an update on how she is doing following her bike accident this summer while being honored at the 2022 Kennedy Center Honors on Sunday. The 62-year-old Christian music performer revealed exclusively to E! that, although she is happy to be reuniting with her fans, her road to recovery after a bike accident hasn’t been simple.

Fans are noticing Amy Grant’s appearance while being honored at the 2022 Kennedy Center Honors on Sunday. Her return to the screen coincided with a resurgence of her plastic surgery rumors. Let’s learn more about her cosmetic procedure!

Also, check out the  plastic surgery stories of Tia Carrere and Julia Haart.

Amy Grant’s Plastic Surgery: Fans Suspect The Singer of Getting Botox and Fillers; She Has Only Revealed Heart Surgery She Had for Health Purposes!

Fans have begun to wonder if Amy Grant (@amygrantofficial) has undergone plastic surgery after noticing that she appears young for someone who is now 62. They are also curious about how her life has developed, particularly in the years following her bicycle accident. They can’t help but be curious since, despite being a modern norm, plastic surgery still carries a lot of stigmas. She is said to have had fillers and Botox injections.

Therefore, individuals who were familiar with her in her early years were sure to be shocked by her recent red-carpet appearance at the 2022 Kennedy Center Honors. Amy Grant was obviously going to change because it had been so long since then, but yet, people were surprised. They soon discovered that she didn’t merely seem older; rather, she appeared to have undergone some work. The rumors about plastic surgery began at that point.

Additionally, keep in mind how her forehead appeared to have been refined. The forehead appears to be so smooth, even without wrinkles. It was clear that plastic surgery was also a factor in the variances, in addition to age. All in all, Amy Grant was suspected by her followers of receiving facial fillers and Botox injections, in the least, to avoid aging.

Amy Grant has never responded to these rumors, so until she does, it will remain a mystery as to whether or not she has aged naturally or with plastic surgery. Additionally, they could be untrue, but we won’t know for sure until she confirms or rejects them.

The singer may not have talked about plastic surgery but she has opened up about having heart surgery. Amy Grant claims that her open-heart surgery recovery has been magical. Grant had surgery to treat a PAPVR, a disorder that has existed since birth but was completely asymptomatic. As per UW Health, it is a condition in which one or two of the pulmonary veins returns blood to the right atrium instead of the left atrium. She thanked everyone for their prayers and provided pictures of her scar.

Her team also decided to publicly announce her surgery by directly posting on her official Facebook page. Team Amy asked people to pray for Amy as she was undergoing heart surgery they wrote;

With everything going on in the world that requires our collective prayer, please also join us in praying for Amy this week as she has heart surgery to correct her PAPVR condition

Amy Grant’s sudden discovery of PAPVR raises some really good points. For starters, many illnesses and ailments have no symptoms at all. We may occasionally be in pain without realizing it. It serves as a helpful reminder of why we’re still doing our best to stay inside during these tough times. Without knowing it, we can be carrying something dangerous. It’s a good idea to stay vigilant if you are aware that specific illnesses run in your family.