Jersey Shore: Angelina Pivarnick’s Plastic Surgery; Check Out The Reality Star’s Before and After Pictures! 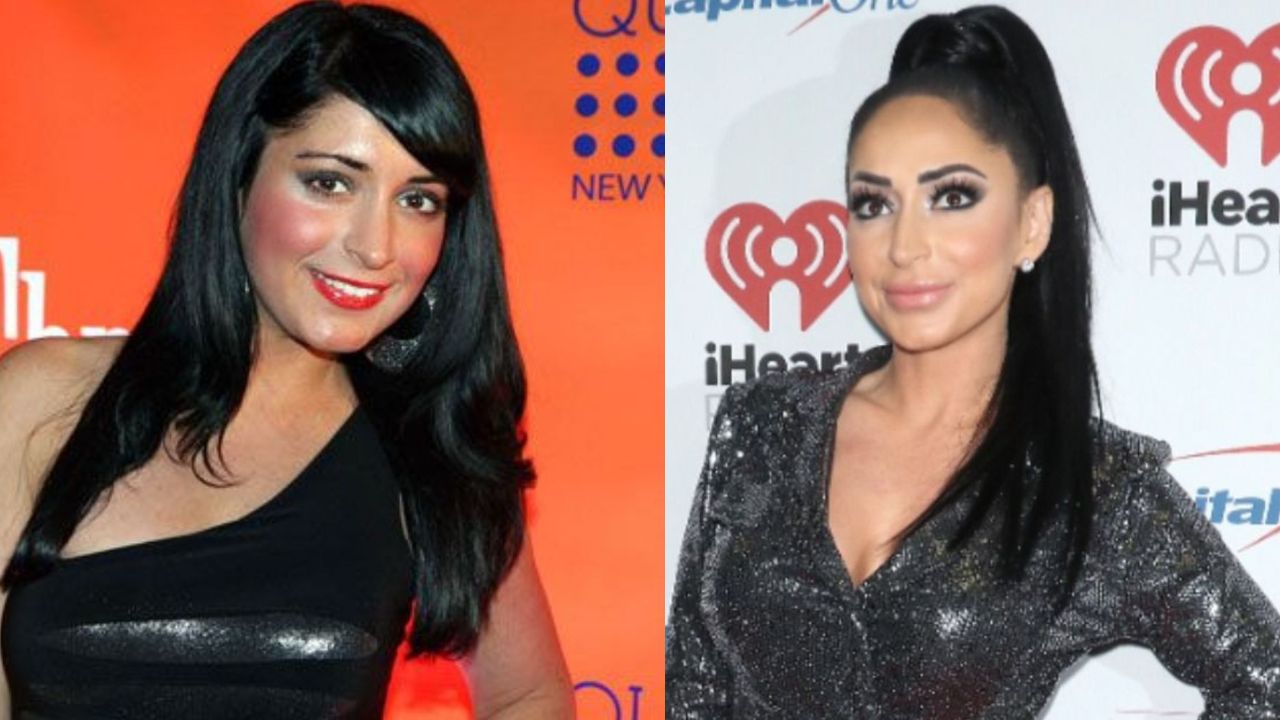 Angelina Pivarnick from Jersey Shore has been very transparent about the plastic surgery she has gotten over the years. The reality star has opened up about having a boob job, a butt lift, and a nose job, and has gotten too real about all of her insecurities. Experts believe that Angelina Pivarnick had other plastic surgery procedures such as lip fillers and jawline reconstruction as well. The Jersey Shore star has never acknowledged such claims of the experts.

Angelina Pivarnick is an American reality television personality who is most recognized for starring in the first two seasons of the MTV reality show Jersey Shore and its spin-off, Jersey Shore: Family Vacation. She also did the VH1 show Couples Therapy in 2012.

She’s a very controversial figure and a polarizing one at that. She wreaks havoc everywhere she goes (she starts fights with everyone and she can be very uncooperative) which is great for pure entertainment value but not for public opinion about her still, fans of Jersey Shore have a soft spot for her as she has been very open and transparent about plastic surgery among her peers, which is something they really appreciate as we are now in the age of body positivity. Here are all the details about Angelina Pivarnick’s plastic surgery!

Previously, we touched on the plastic surgery efforts of Danielle Maltby and SZA.

Angelina Pivarnick (@angelinamtv) from Jersey Shore has been refreshingly transparent about all the plastic surgery procedures she has gotten over the years. Though she denied it at first, she had a change of mind about that and opened up about the nips and tucks she chose to get. So far, she has had a boob job, butt lift, and nose job.

Fresh-faced Angelina Pivarnick was evicted from Jersey Shore at the beginning of Season 2 because she refused to cooperate with the team and didn’t work her shift at the T-shirt shop. She did make a return the same season but she got into a violent altercation with some cast members which made Jersey Shore out her again. She eventually reunited with the cast in 2018 as a recurring guest before she joined as a full-time cast member in 2019. And between those years, she had been through a lot, it looked like. A lot as in a lot of plastic surgery.

Well, not so shockingly, the Jersey Shore cast denied the allegations of plastic surgery at first like most people who want to be seen as natural probably because of the stigma surrounding cosmetic surgery. But unlike most of them, she had a change of heart and now, she is very open about all the work she has gotten over the years.

Angelina Pivarnick got way too real about her insecurities in an exclusive interview with Life & Style in May 2018 where she revealed those to be the reason that led her to go the plastic surgery route. She had worked hard on her body but that was not enough for her breasts to stop sagging tremendously, something she was extremely self-aware and insecure about.

It was too much that Angelina Pivarnick felt like she had to change the situation and so, to do that, she reached out to her former Jersey Shore costar Nicole’s plastic surgeon Dr. Tutela to get a boob job.

I worked hard on my body and I realized my breasts were sagging tremendously. I knew I had to do something to change how insecure I was, so I messaged [my former Jersey Shore costar] Nicole [Polizzi]‘s plastic surgeon, Dr. Tutela. I call him ‘Hands of a God.’ He helped me in such a big way. Now, I am happy with my body. I say if a woman wants to get plastic surgery, go for it. I strongly love my new look.

Angelina Pivarnick was very happy with the results. In February 2020, she even made a post on Instagram saying that her ‘boobies were her fave part of her body’ and it was all thanks to Dr. Tutela. She praised the plastic surgeon for his incredible work on her and to the fans who were nervous about her plastic surgery, she told them not to worry because the results will speak for themselves.

A few months later, Angelina Pivarnick made another revelation about another plastic surgery at the same hands – a butt lift. In June 2020, she posted an Instagram video of the surgery and wrote that she needed a plump to her butt as she had fluctuated in weight loss throughout the years. She explained that the operation helped with ‘adding volume’ to the hip dip region.

That same year, Angelina Pivarnick said that plastic surgery was the easy way out for her as she preferred that over working out to maintain her body. 2020 was really the year of revelations about plastic surgery for the Jersey Shore star. In December 2020, in an interview with Page Six, she said,

I don’t do squats. I haven’t done one squat in like years, and I’m not going to do squats. I took the easy way out. Sorry, I don’t care! Like, I’m going to be honest.

Besides the boob job and butt lift, the reality star also opened up about a nose job. This happened somewhat recently in February 2022. She shared some photos and videos of her nose job appointment on Instagram. The photos were graphic images of herself with bruised eyes and bloodied bandages that were taken while she was recovering from the nose job.

Though Angelina Pivarnick has been very transparent about the plastic surgery she’s had and opened up about the boob job, the butt lift, and the nose job, experts believe that she has had other procedures which she has been silent about so far. Many speculate she had lip fillers as well.

And according to a New York-based plastic surgeon Dr. Richard W. Westreich, she had something done on her jawline as well. He pointed out that her jawline was very square before whereas now it’s quite heart-shaped.