Anna Nicole Smith’s Weight Gain: How Much Did The Model Weigh at her Biggest? 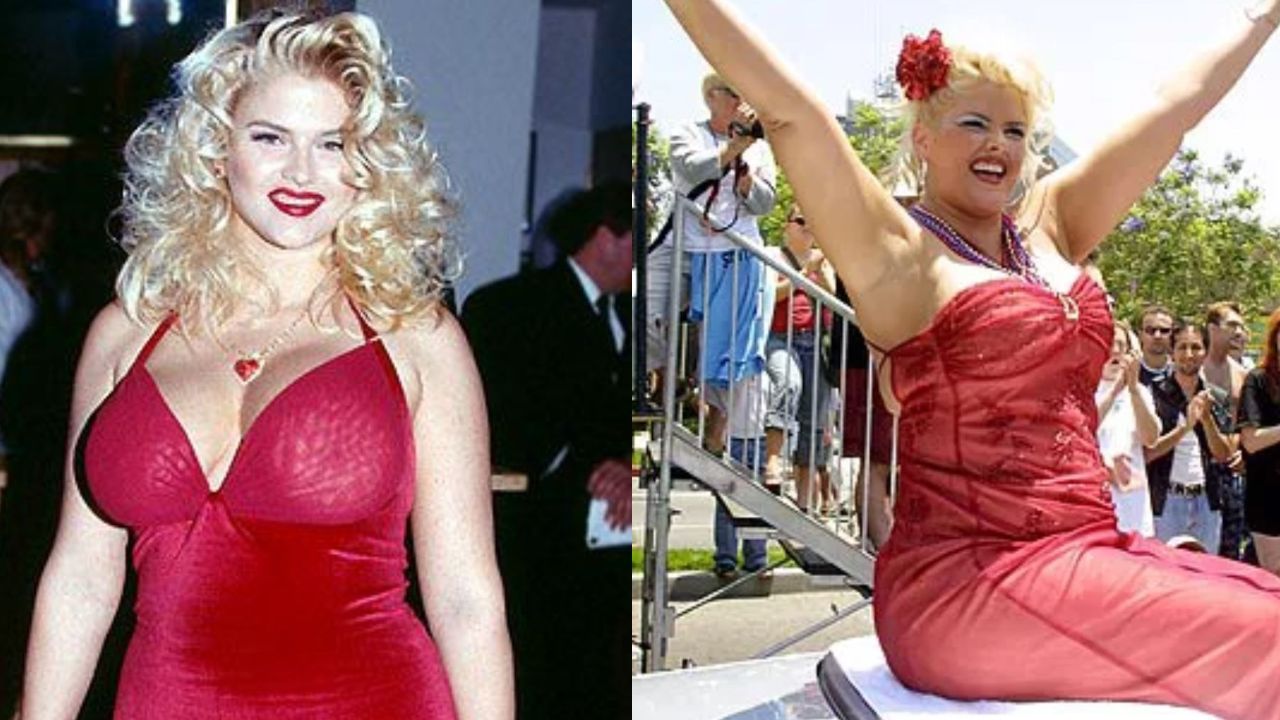 Anna Nicole Smith’s weight gain was a huge controversy at the time. The model was treated very harshly for gaining weight when she was on her medications for her treatment of substance abuse. Anna Nicole Smith was diagnosed with a thyroid disease in her postmortem autopsy which many people thought contributed to her weight gain.

Anna Nicole Smith was an American model, actress, and television personality who first came to prominence as a Playboy magazine centerfold in May 1992. Next year, she won the title of Playmate of the Year. She has modeled for fashion companies, including Guess, H&M, and Heatherette. As for acting, she did not find much success in it. Either way, she was a highly controversial figure when she was alive. She died of combined drug intoxication in February 2007.

One of the most controversial things in her career was her weight gain following the death of her elderly husband after which she spiraled and let herself go. She was treated vilely and ripped to shreds at the time because of her size. Here are all the deets about Anna Nicole Smith’s weight gain!

Previously, we touched on the weight gain stories of Sam Smith and Gwen Stefani.

Anna Nicole Smith’s Weight Gain: She Was 225 Pounds at Her Heaviest Before She Embarked on a Weight Loss Journey!

Anna Nicole Smith underwent a significant weight gain of about 70 pounds after which she reached her heaviest at 225 pounds.

Anna Nicole Smith was, at one point really considered, to be the Marilyn Monroe of her generation and her glamor quotient was over the field. But things happened, life happened, and weight gain started to plague her after which she was just another lady in Hollywood.

Her weight see-sawed throughout her career and you could tell what was happening in her personal life from the changes in his weight. She was introduced to Hollywood in 1992 when she became playmate of the year. Her weight was reported to be 155 pounds then. But soon enough, her life changed so much that in four years, she ballooned up so much and reached  225 pounds.

Speaking of the time when she had weight gain, Anna Nicole Smith recalls that it was a dark time for her because things were not going well for her. Her acting career was just basically at a standstill and she wasn’t doing anything. She was just trying to find her next big thing just as her elderly husband died leaving her out of the will. She battled it out at court with her stepson over the will.

Anna Nicole Smith had fallen into drugs so, she was getting treatment for substance abuse. She was legally prescribed an array of medicine to address anything from migraines to stomach problems and back pain from implants to seizures. Under the medications, she had a significant weight gain and the media made everything worse when they lit into her for drug use and got vicious in their attacks about her weight.

Speaking about the dark time in her life when she used drugs to cope with the death of her husband which caused her weight gain, Anna Nicole Smith said,

It’s hard. I mean, I went through a lot. You know, people, when I gained a lot of weight… people thought I was just like, partying, doing this and that. I mean, I’m having seizures, I’m having panic attacks. My husband just died and people think I don’t care.

When Anna Nicole Smith went from being compared with Marilyn Monroe to getting ripped for his weight gain in just a span of four years, she must have felt that she had hit rock bottom. But she put herself up. That was not going to be the end of her. She worked hard to lose all the weight she had gained from being on medication and made a comeback after an impressive weight loss.

In just a few years, Anna Nicole Smith reversed her weight gain and shed all excess pounds. By 2004, she had reportedly slimmed down to 138 pounds. It was kind of a renaissance for her when she returned to the spotlight endorsing her weight loss brand TrimSpa. She was back and she was back being bigger and larger than life but smaller than ever (in size).

The actress never weighed over 156 pounds after that. When she died, she weighed only 117 pounds. She was diagnosed to having a severe thyroid disease in her postmortem autopsy, which people think contributed to her weight gain.

Anna Nicole Smith was unfairly ripped for having a weight gain at the time which nobody thought was wrong back then. But, now, in hindsight, a lot of people are realizing how cruelly and unfairly she was treated because of her size back then. One of the vilest treatments she faced at the hands of Howard Stern in a 2002 interview, which went viral on Tik Tok recently.

In the interview she had with radio host Howard Stern, he grilled Anna about her weight and tried to pressure her into getting weighed so he can win a bet. He shamed her the dressing the way she does, based on her size, and demanded her to step on the scale.

The way you dress, I don’t think you’re aware that you’re a heavy-set woman, that’s what I said.

Anna Nicole Smith was not having it but he continued to shamelessly and thoughtlessly try to persuade her to weigh herself live on air by promising her money and an Xbox for her son. He went as far as to tell her that he will flash her if she weighed herself. He really does think too highly of himself, doesn’t he? But Anna stood her ground and refused to weigh herself because as she said, ‘she is a big woman, so what?’