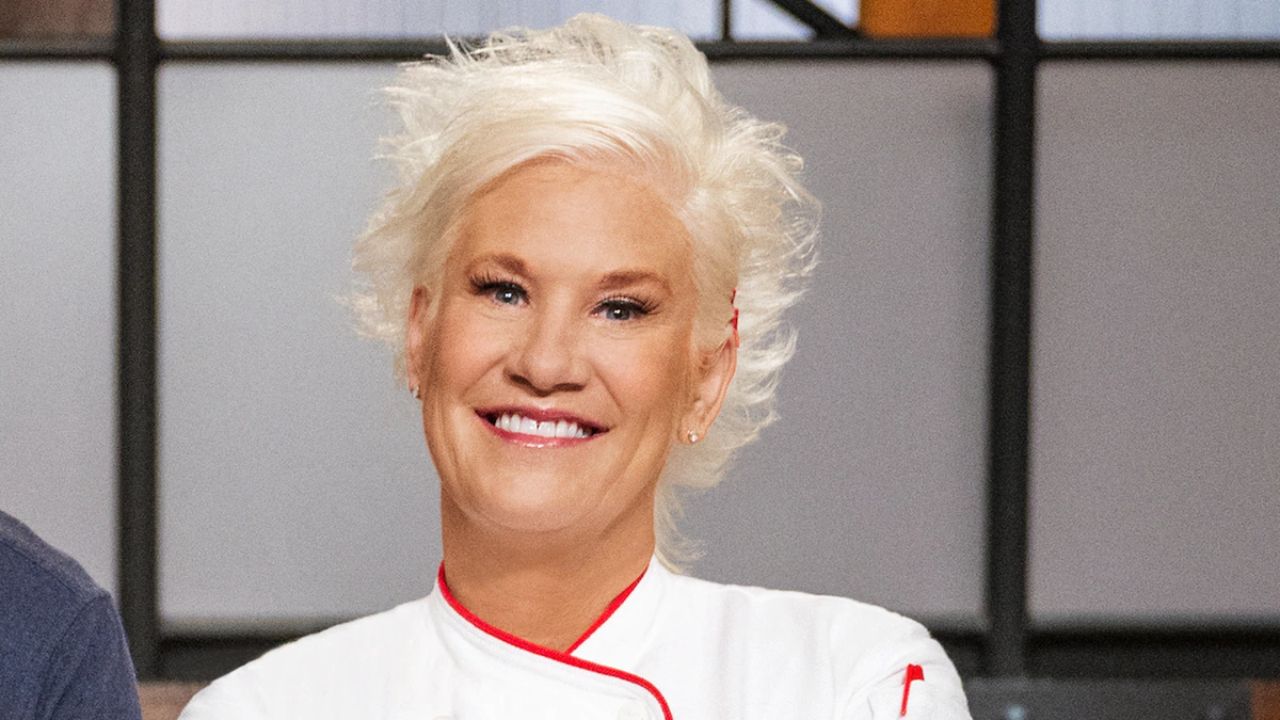 Anne Burrell is estimated to have amassed a net worth of $6 million up till 2022. The Food Network star has competed in and hosted multiple shows on the channel. With her television career, her time in restaurants, and the cookbooks she has sold, Anne Burrell has managed to rack up $6 million in net worth.

Anne W. Burrell is an American chef and television personality who is most recognized as the leader of the Red team in Food Network’s Worst Cooks in America. She is also known for hosting Secrets of a Restaurant Chef, a show on Food Network where she reveals easy-to-master techniques for the at-home cook and makes restaurant dishes accessible.

Anne Burrell was born in Cazenovia, New York on September 21, 1969. She got her Bachelor of Arts (BA) degree in English and Communications in 1991. She enrolled at the Culinary Institue of America and graduated in 1996 with an Associate in Occupational Studies (A.O.S) before she moved on to being a Food Network star.

With the kind of success Anne Burrell has seen in the showbiz, especially through Food Network, people find it hard not to wonder how much she has earned from her time in television and how much is her net worth overall. Earlier, people used to be drawn toward her because of her spiky hair, fun, and cheerful personality but now, people are drawn toward her for one more reason- curiosity about the measurable standard of her success i.e her net worth.

Previously, we discussed the net worth of Jet Tila and Bobby Flay.

Anne Burrell’s Net Worth: How Much Has The Celebrity Chef Earned?

Anne Burrell (@chefanneburrell) is reported to have accumulated a net worth of $6 million as of 2022. The celebrity chef has added $1 million to her net worth in a year though some sites have yet to update the information and reports that she was worth $5 million which was valid for 2021.

Speaking of her success and how much she has been able to make for herself in her long career of cooking for restaurants and cooking in the reality shows, and teaching culinary skills in the institute and teaching them in reality shows, almost everyone who knows of her knows that most of her net worth is contributed to by her time in Food Network. But how did she come to star in cooking reality shows and how did she begin her career and earn before landing those TV gigs?

Anne Burrell started her career in culinary in Italy where she worked in various restaurants for nine months. Everyone now knows of her time there when she worked at La Taverna del Lupo in Umbria and La Bottega del’ 30, a Michelin one-star restaurant in Tuscany with one seating each night. Because this was the time when she was able to truly appreciate and understand the Italian cuisine and culture as she had just spent a year attending the Italian Culinary Institute for Foreigners, which left a lasting impact on her culinary point of view.

Anne Burrell didn’t stay there for long and returned to the US and as soon she arrived in NYC, she was hired by chef Lidia Bastianich to work as a sous chef at her restaurant Felidia. Pretty soon, she rose to the position of chef at Savoy, a small prix fixe dining room, where she found her signature culinary style in rustic food made with intense flavors from pure and simple ingredients.

The 52-year-old took a break from the chef business for about three years when she actually began to impart her teaching knowledge at the Institute of Culinary Education, after which in 2007, she returned to serve as executive chef in Centro Vinoteca but only till September 2008 at which point she left because she had already been getting offers for cooking reality shows to which she had given commitments for.

Anne Burrell had already begun appearing on television in 2005 when she served as sous chef for Iron Chef Mario Batali on Food Network’s Iron Chef America. In 2008, she got her own show on the network Secrets of a Restaurant Chef. After that, she became a regular on the channel. In 2009, she did The Best Thing I Ever Ate. The following year, she cohosted Worst Cooks in America, a show she would come to host in all seasons, with Chef Beau MacMillan.

In 2011, she competed in The Next Iron Chef where she was eliminated in week six. She managed to become the fourth runner-up on the Food Network show. She hosted Chef Wanted with Anne Burrell from June 2012 to October 2013 on the Food Network.

In 2015, Burrell won the fourth season of the Chopped All-Stars tournament winning $75,000 for the Juvenile Diabetes Research Foundation. She had competed in the first season but she just won the ‘Food Network Personalities’ preliminary round to advance to the final round, where she was placed second runner up. After that, mostly she just cohosted all the seasons of Worst Cooks in America to date where she led the Red team. There have been 24 seasons so far.

Besides her television career in cooking, she finally opened a restaurant called Phil & Anne’s Good Time Lounge in Brooklyn in 2017 after having planned to open a restaurant since 2010.  However, it was closed after just a year of opening, in April 2018.

Also for a culinary teacher, it cannot be surprising that Anne Burrell has authored two cookbooks. She published her first Cook Like a Rock Star which made it to the New York Times Best Seller list in 2011. She released her second Own Your Kitchen in 2013.

After more than two decades of career in the culinary field where she did everything from serving as a chef in various restaurants, doing, participating, and hosting multiple cooking shows on the Food Network, and opening her own restaurant, Anne Burrell has accumulated a net worth of $6 million.

Before leaving, find about about the chef’s husband.