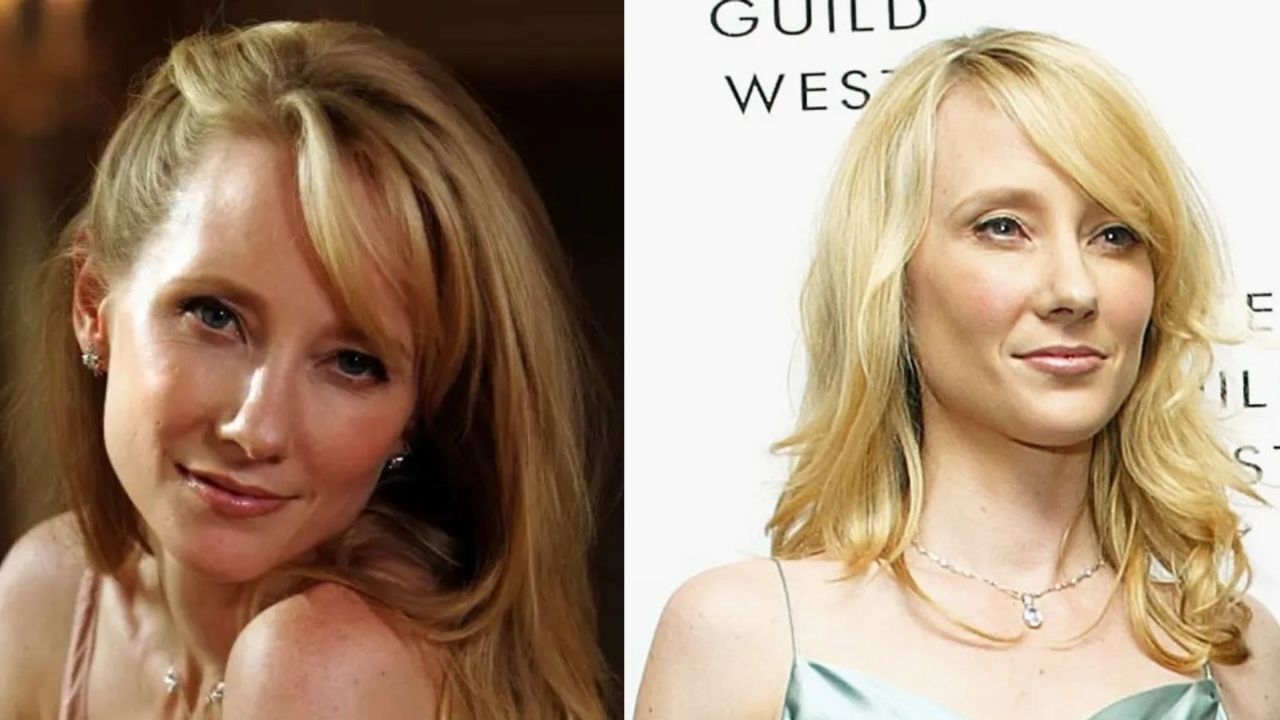 Anne Heche is believed to have had multiple plastic surgery procedures including Botox, a nose job, facelift, and brow lift. The Another World actress herself has not admitted to having plastic surgery. Anne Heche recently caused a Los Angeles car crash in the Mars Vista neighborhood hours after discussing drinking wine with her podcast co-host Heather Duffy. Alec Baldwin was criticized for asking to send prayers for her.

Anne Heche is an American actress who first rose to fame when she starred in the soap opera Another World, in which she played the dual role of twins Vicky Hudson and Marley Love from 1987 to 1991. She won a Daytime Emmy Award and two Soap Opera Digest Awards for he performance in the soap opera. She followed that with movies like Donnie Brasco, Six Days Seven Nights, and Wag the Dog.

Anne Heche’s more recent works are television series like The Brave, Quantico, and Chicago P.D. And she has several acting projects currently in post-production.

Fans are curious to know if the 53-year-old actress has undergone plastic surgery or not.

Previously, we touched on the plastic surgery efforts of Jennifer Garner and Dane Cook.

Anne Heche (@anneheche) is speculated to have had plastic surgery including Botox, a nose job, a facelift, and a brow lift.

When it comes to discussions about Anne Heche’s plastic surgery, rumors of her having a nose job are in abundance. And though she has never admitted to getting rhinoplasty, people are convinced that she has definitely had work done on her nose. While the rumors of other cosmetic procedures she might have done, they don’t put much stock on it.

Anne Heche seemed to have had a nose job very early in her career even though her nose looked fine on its own without any work which is not surprising because it’s like the standard procedure in Hollywood. She always had a slim nose but she must have wanted it slimmer than that. Because in the after pictures of her plastic surgery, it looks almost the same except a little slimmer and more refined than before. Plus, she seems to have gotten her nose tip more polished.

The Another World star has not confirmed Botox or facelift or browlift but her not having a single wrinkle or line on her face could only be due to plastic surgery. She’s 53 and she does not have five wrinkles on her forehead which is very shiny and smooth. Only when you inject Botox into your forehead does it give that kind of look.

And her face looks so tightly pulled together when aging was supposed to make it loose, it screams a facelift. Plus, her eyes also look the same with that snatched look. She has no crow’s feet around her eyes and her eyes are slightly slanted and pulled sideways and not sagging at all due to which people suspect she might have had a brow lift or eyelid lift. She definitely had plastic surgery by the looks of it.

Anne Heche was left critically injured after she got into a fiery car crash in Los Angeles in the Mar Vista neighborhood on Friday last week.

She was traveling in the vehicle at a very high speed when it ran off the road and crashed into a home in Mar Vista which sparked a heavy fire. It took more than one hour for the Los Angeles Fire Department (59 firefighters) to ‘access, confine and fully extinguish the stubborn flames within the heavily damaged structure.’ Heche was pulled from the burning vehicle by the LAFD rescuers and taken to a local hospital in critical condition.

There were no other injuries reported in the Mar Vista neighborhood.

Just hours before that Anne Heche’s fiery and fatal Los Angeles car crash, a new episode of her podcast Better Together, which she co-hosts with Heather Duffy, was released but it has been removed since then from an Apple Podcast landing page because it was a bit controversial in the wake of the Mar Vista collision. During the podcast, she discussed drinking vodka and wine with Heather Duffy. And Heche was also talking about having a ‘bad day.’

Though it is uncertain when the podcast was recorded, Anne Heche complaining of having a bad day while discussing drinking wine in the podcast didn’t sit well with people because of that fatal Los Angeles car crash in the Mar Vista neighborhood. And that has even made them a little unsympathetic towards her.

When Alec Baldwin posted a video on Instagram where he asked everyone to ‘join him in sending their support and love to the wonderful Anne Heche’, people criticized him and told him in the comments section to focus on the occupants of the house in the Mar Vista neighborhood her car slammed into. They asked if she was more important than the people she almost killed and told him to give his prayers for those who were nearly killed as well.

The occupant of the Los Angeles home who Anne Heche almost killed, identified as Lynne Mishele, updated a reporter after the crash that she was alive, ‘a mess but alive and that’s about as far as it goes.’

The Los Angeles Police Department is yet to question Anne Heche about the circumstances of the accident because of the significant nature of her injuries. They are investigating the crash and a previous ‘misdemeanor hit and run’ incident. The police have said that Heche was allegedly driving at twice the legal speed limit but they have not charged her yet and no arrests have been made.