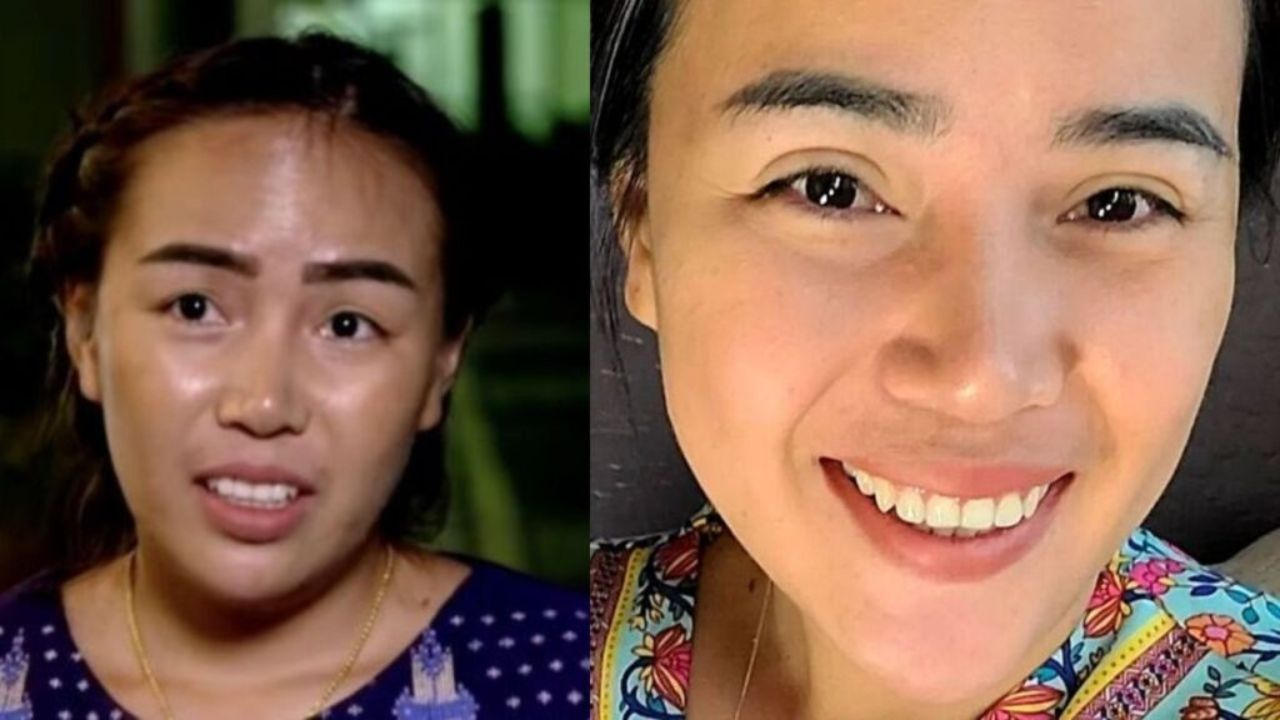 Annie Suwan from 90 Day Fiance fame sparked plastic surgery rumors after she posted a picture of herself and David Toborowsky on Instagram, where she looked unrecognizable. While some fans believed that the reality star looked different due to filters because David looked different too, others claimed that the 90 Day Fiance star looked exactly the same in Pillow Talk. Annie Suwan has already confirmed lip fillers and double eyelid surgery and is suspected of having other plastic surgery including Botox, eyebrow lift, and veneers. This has also raised the question of David Toborowsky’s plastic surgery.

Annie Suwan is one-half of one of the successful couples to come out of the 90 Day Fiance franchise. She appeared in Season 5 of the series which followed her tumultuous and unconventional relationship with David Toborowsky. David Toborowsky was a 48-year-old from Louisville, KY, whereas Annie Suwan was a 24-year-old from Bueng Kan, Thailand when she arrived in America on a K-1 visa.

As if the 24-year age gap was not enough, David was struggling financially which got in the way of the relationship being approved by Annie’s parents. Plus, David was said to have substance abuse problems. Despite all that, they got married and they also got their own spin-off shows including their standalone shows such as Spice It Up With David and Annie and David & Annie: After the 90 Days. They were also featured on Season 3 of 90 Day Fiance: Happily Ever After?.

Fans have been keeping up with David and Annie from 90 Day Fiance on Pillow Talk. In one of the recent episodes, Annie Suwan Toborowsky looked very different which sparked plastic surgery rumors.

Previously, we touched on the plastic surgery efforts of Monet Mazur and Val Kilmer.

Did Annie From 90 Day Fiance Have Plastic Surgery?

Annie Suwan (@annie_suwan_toborowsky) from 90 Day Fiance has confirmed that she has gotten plastic surgery including lip fillers and double eyelid surgery but after she recently posted a new picture on Instagram, her followers suspect that she has had more of those cosmetic surgeries, like Botox, fillers, nose job, and veneers.

Annie Suwan has never shied away from the fact that she had lip fillers. In fact, when a fan made a comment that she was going to make an OnlyFans account after having lip fillers on a video that revealed her fuller lips post-surgery, she didn’t deny it and was vocal about it and stated that she had lip injections and that it had nothing to do her opening OnlyFans.

The reality star had also admitted that she had had double eyelid surgery back in 2019 after fans pointed out the obvious differences in her eyes from the time she first appeared in 90 Day Fiance. However, as she confirmed the rumors of plastic surgery, she claimed that she had undergone the surgery not for cosmetic purposes but for medical purposes.

Annie Suwan supposedly had some eye problem years ago which she had waited a long time to fix. What that eye problem was, she never specified and fans have been wondering just what kind of problem was it that made her get that plastic surgery till now.

The TLC star recently posted a photo of herself with David Toborowsky in which she was smiling widely at the camera on Instagram. That post which she captioned ‘Pillow last night was so much fun’ was flooded with comments from fans asking if she has had work done on her face.

Annie Suwan looked a lot different in the picture which didn’t go unnoticed by her fans. Some of them asked specifically if she had a nose job done while others believed she had facial fillers. There were fans who said that she was looking different in those pictures because she had obviously used filters. Even David Toborowsky looked a little different so plastic surgery can be ruled out. Others countered that she couldn’t have had filters because that’s exactly how she looked in the recent episodes of Pillow Talk and there can’t be filters on television. If David looked unrecognizable, it’s because he too had plastic surgery.

Some of them believed that Annie Suwan just had weight loss which had given her face a slimmer appearance making her look different which had nothing to do with plastic surgery.

The 90 Day Fiance franchise fans compared Annie’s recent pictures with the pictures taken at the time when she and David were living with David’s friend Chris and came to the conclusion that she had undergone a complete transformation with plastic surgery procedures such as Botox, nose job, fillers, eyebrow lift, and veneers.

Annie Suwan’s plastic surgery didn’t have the most positive and supportive reception as most fans were not happy that she chose to undergo several cosmetic procedures on her face and expressed that without sugar-coating their opinions. They were sad that she felt the need to do that even though she was a natural beauty before and didn’t need any of it. One fan commented, ‘why can’t people just be happy with how they look.’

The 90 Day Fiance star’s followers thought that plastic surgery had been a bad decision on her part because she looked unrecognizable and horrible post-surgery. Even though she looked gorgeous in the Instagram picture, fans claimed it was because of filters, and without filters, on the television, she looked horrendous with swollen lips. Annie Suwan was also given the advice to stop the enhancements and start being true to herself because ‘if it ain’t broke, don’t try to fix it.’

Amidst all these negative comments, there were also some compliments about Annie Suwan’s new looks. Some followers obviously liked how she looked and praised her for it.