Are Katey Sagal and Christina Applegate Friends in Real Life? 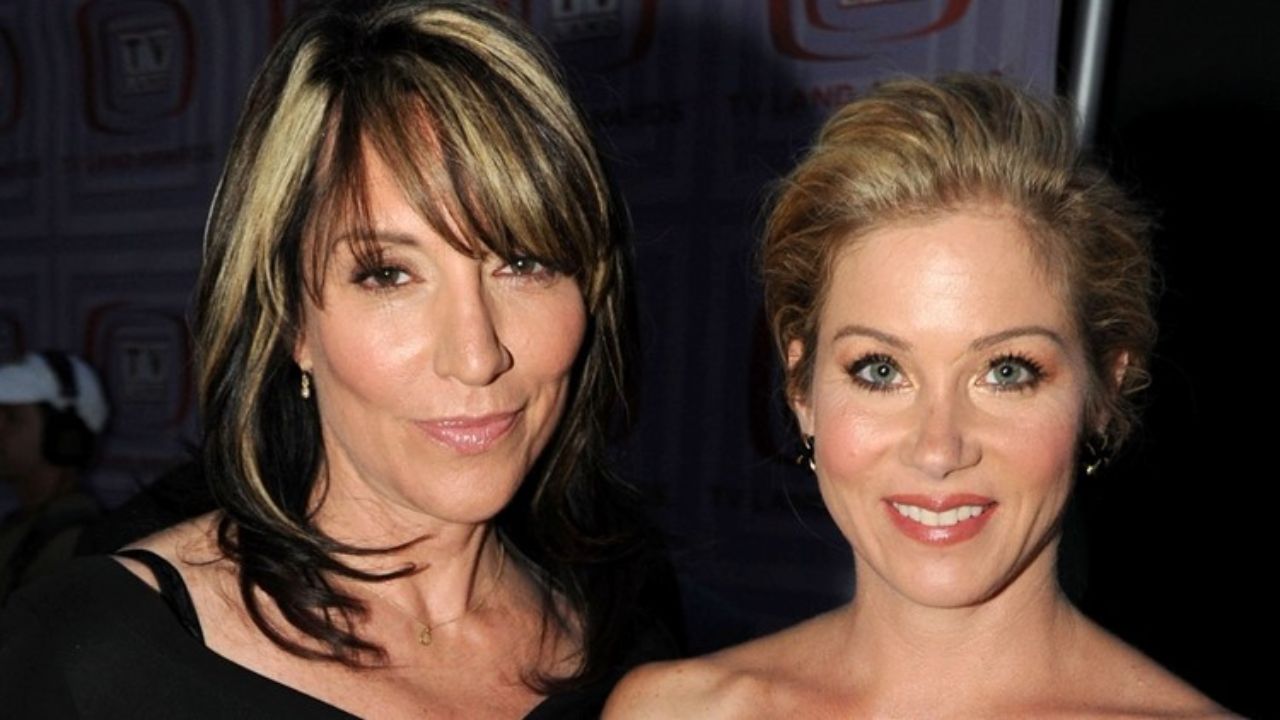 Are Katey Sagal and Christina Applegate friends in real life? Have they maintained a personal relationship in all these years even after Married… with Children, the show where they played a mother-daughter duo, ended 25 years ago? Fans would be thrilled to know that they have. In fact, they even attended the events where they received their stars on the Hollywood Walk of Fame. Christina Applegate got hers just recently in a ceremony which was her first public appearance since being diagnosed with MS and Katey Sagal got hers in 2014. Isn’t that proof enough that they are friends for real?

Christina Applegate is an American actress who first gained prominence as a child actress when she starred as Kelly Bundy in the Fox sitcom Married… with Children. Since then, she has established herself in a successful film and television career. She has won a Primetime Emmy Award out of seven nominations and she also got nominations for four Golden Globe Awards and a Tony Award.

While her career may have gone smoothly, the same can’t be said of her personal situation as she has had several serious health problems. She got diagnosed with breast cancer after which she got a double mastectomy. And recently, she got diagnosed with MS. On the career front, she was honored with a star on the Hollywood Walk of Fame and it happened to be her first public appearance since her diagnosis with MS.

She was accompanied by Katey Sagal, her onscreen mother from Married…. with Children at the event and it seemed that they are very tight with each other. Fans have now started to question, ‘are Katey Sagal and Christina Applegate friends in real life 25 years after their show together ended?’

Are Christina Applegate and Katey Sagal Friends? Have The Actresses Maintained Contact since Married…. with Children Ended 25 Years Ago?

It was very emotional to see that Christina Applegate, who is now unable to walk because of MS, was leaning on Katey Sagal (@kateysagal) and taking her support as she received her star on the Hollywood Walk of Fame recently. As she was honored for her talent and bravery, this was probably the most prestigious time for her in her career but also one of the hardest ones as well.

It was Christina Applegate’s first public appearance since she was diagnosed with multiple sclerosis last year. It was, nonetheless, a special one also because it was an event to pay her respect. It would have been greater if it wasn’t for the actress’s MS. But all the same, amid mobility challenges, she attended the event without shoes in her walking stick, taking the physical support of Katey Sagal who helped her to the podium.

Their appearance together made many Married… with Children fans wonder if the actresses are friends in real life still. Have they maintained contact with each other all these years even after the show ended? Or is this just a one-time thing where Katey Sagal just showed up to give support to Christina Applegate in her hard times? Fans so hoped it was the former because there is something so endearing about people maintaining a friendship and a close relationship even after their professional commitments have ended.

Applegate said that Sagal was ‘just gonna be here’ holding her steady and joked that it was so Katey to steal her thunder. This, to many fans, reflected the close relationship they have with each other with light-heartedness. So, to people wondering, ‘are Katey Sagal and Christina Applegate friends in real life as well?’, well, yes! Obviously, they are.

The Married… with Children alums have both maintained a personal relationship with each other and are each other’s friends in real life. Remember that time when Katey Sagal made a very unexpected cameo in the second season of Christina Applegate’s dark comedy series Dead to Me? It wasn’t a coincidence. Applegate made it happen. She was behind it and everyone else was thrilled about it.

Not only was Sagal’s appearance special because her role as Judy‘s mother gave viewers a better understanding of her eternally emphatic daughter in the show, but it also marked the first time in years that she worked with Applegate. A lot of time had passed since Christina Applegate last played Katey Sagal’s on-screen daughter in Fox’s long-running series Married… with Children. So, it brought a bit of nostalgia to the fans of the show. They must have been thrilled to know that Christina made it happen as the actresses are friends with each other in real life.

Although the pair never had any scenes together, this was too big of a moment to not notice. The Dead to Me creator Liz Feldman revealed in an interview that when they were looking got someone who could balance out the comedy and the grit that they were looking for in Judy’s mother, someone suggested Katey Sagal and Christina Applegate hit the nail on the head when she ‘immediately put in a call to Katey to encourage her to come on board.’ If it just took one call from her, no wonder they are friends in real life.

They’re very close. She was absolutely thrilled. Christina adores Katey. She really is like a mother to her.

Next season, they shared screens with each other and had a couple of big scenes together. Sagal said about reuniting with her onscreen daughter that it was going to be ‘really fun’ as Applegate was ‘truly like her daughter, like for real.’

For now, that should be enough for Married… with Children fans who have long hoped for a revival of the show. They can all get mushy about the fact that Christina Applegate and Katey Sagal are still friends with each other, 25 years after their show together went off the air.

Also, think back to their reunion when it was Katety Sagal who was receiving her star on the Hollywood Walk of Fame in 2014. Not only was Christina Applegate present there but she also delivered a candid speech honoring her one-time TV mom during the ceremony. She said,

I met Katey when I was 15 years old, so, it’s been about 10 years since we met. I’ll never forget the day I met her: We walked into the rehearsal hall for Married with Children, and I’d never seen someone look that good in a white T-shirt and jeans in my entire life. The fact that your body is better now than it was then makes me sick, because I’m wearing a Fitbit trying to get rid of all my baby weight.