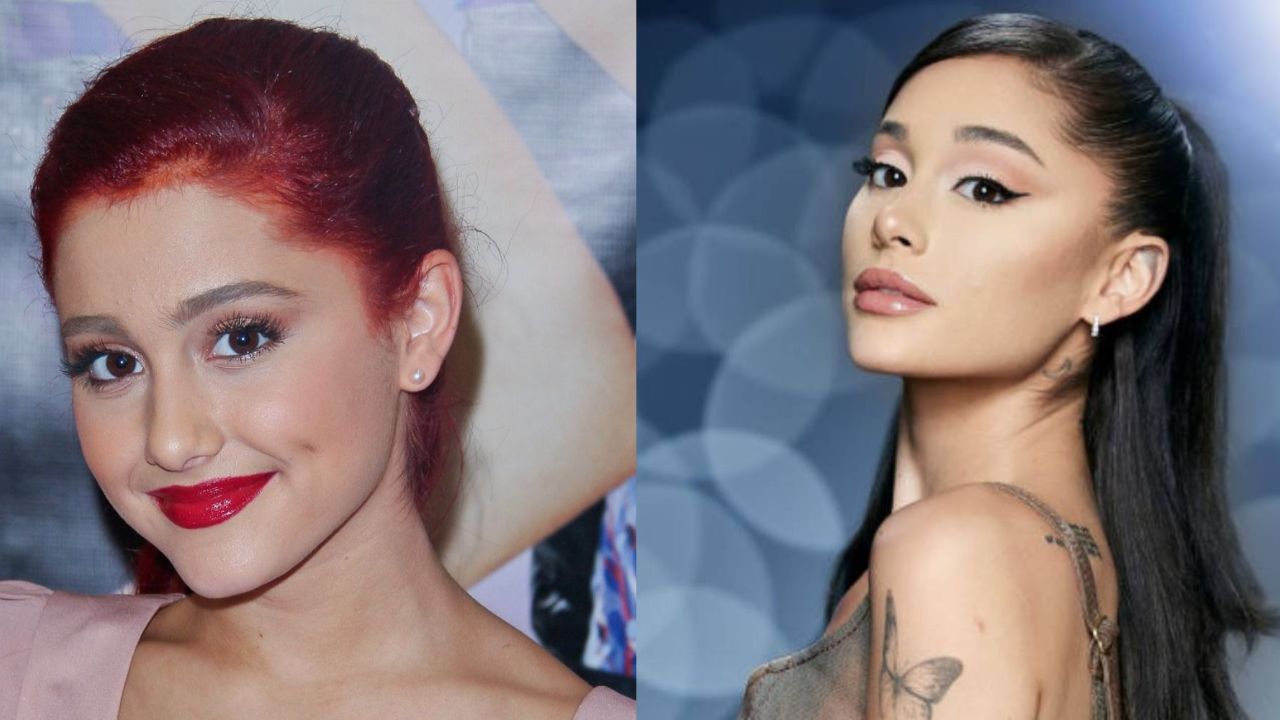 Ariana Grande’s plastic surgery is discussed in various forums, especially on Lipstick Alley and Reddit. Though the singer has never admitted to having any kind of cosmetic surgery, fans believe that she has had a nose job, brow lift, lip fillers, jaw alterations, fox eye surgery, and lower blepharoplasty. Look at what people say about Ariana Grande’s plastic surgery on Lipstick Alley and Reddit.

Ariana Grande has always captured everyone’s attention with her four-octave vocal range and velvety voice. Not even a decade has gone by since she released her first album and she has already established herself as one of the most iconic singers of this generation.

Beginning her career at age 15 in the 2008 Broadway musical 13 and rising to fame through acting when she played Cat Valentine in Nickelodeon’s Victorious, Ariana Grande is often regarded as a pop icon and triple-threat entertainer. She is one of the world’s best-selling music artists and has sold more than 85 million records globally. All of her studio albums have been certified platinum or higher.

Though Ariana Grande’s supreme talent in singing cannot be denied, that is not what keeps her in news these days. The credit for that goes to speculations about her plastic surgery. Even though she has not admitted to going under the knife, that has not stopped her fans from partaking in discussions about her cosmetic alterations. In fact, there are threads dedicated to discussions about Ariana Grande’s plastic surgery, especially on Lipstick Alley and Reddit.

Previously, we touched on the plastic surgery efforts of Lisa Rinna and Natalya Neidhart.

Ariana Grande’s Plastic Surgery: What Do People Say On Lipstick Alley and Reddit Threads About The Singer’s Cosmetic Surgery?

There have been several discussions about Ariana Grande’s plastic surgery on gossip forums. People have been talking about the ever-changing look of the singer on Lipstick Alley and Reddit as well. While there are stans who deny that Ariana has chosen to go under the knife, several fans on Lipstick Alley have argued that there are obvious differences that you cannot possibly ignore to deny that.

On a Lipstick Alley thread about Ariana Grande’s plastic surgery, a person wrote that they definitely saw Botox/Juvederm in Ariana’s forehead, cat eye, lip filler, brow lift, and lower blepharoplasty. The commenter believes Ariana’s been messing with fillers to ensure she has the young forever look because she is most likely afraid to age out, which is sad and makes the plastic surgery something she can’t be blamed for.

While there were many empathetic comments like that, there were several who slammed her on that Lipstick Alley thread and called her out for Asianfishing and blackfishing. A fan pointed out the blatant Asianfishing and said that they mistook Ariana for Jamie Chung (an actress of East Asian descent) in an ad for The Voice. Another wrote that her plastic surgery is like face transplantation and that Asian cat-eye surgery was beyond them. Many accused her of cosplaying as Jennie from Blackpink.

Lipstick Alley threads discussing Ariana Grande’s plastic surgery also had comments about Ariana going overboard with all those cosmetic alterations. Some people were like, ‘she looks so different and not in a good way, put the syringe down,’ whereas others just hinted that she needed to stop by pointing out how not-so-good she was starting to look. A gossiper said that she looked like a drag queen version of herself in some of her pictures. Another said that she no longer looked soft and whatever she did made her look like she has allergies and she was about to sneeze.

A Lipstick Alley gossiper even wrote that fillers, botox, and surgeries ruined the Lolita image she wanted to keep as long as possible because she lost that youthful, soft features as a result of the excessive plastic surgery and now looks rough in the face. They pointed out that the difference in her face between 2016 and 2021 is crazy.

This all came in a recent Lipstick Alley thread. The threads about Ariana Grande’s plastic surgery went as far as back 2013. However, the vibe of those was different from the recent Lipstick Alley threads as back then, nobody thought that Ariana had undergone plastic surgery and the difference in the way she looked was explained away with weight loss, makeup, and growing up.

Reddit also has many posts dedicated to discussions of Ariana Grande’s plastic surgery. And the opinions of Reddit users were not much different from the Lipstick Alley gossipers. In a thread created shortly after her Asianfishing controversy, a user sarcastically said that while most celebrities stop at one race change, Ariana’s gone from Italian to Hispanic to Chinese and another wrote that she looks like a half-white half-Filipino person.

Another Reddit user regretted Ariana Grande’s plastic surgery for her because as they wrote, Ariana was so gorgeous back then without all these procedures and her facial features now aren’t that proportional as much as they were when she was in her Victorious days. According to that Reddit user, she has changed her jaw so much that it has become more square now and her lips are so huge with fillers that it looks ridiculous.

A self-proclaimed stan talked about how sad it was to witness how much Ariana Grande’s changed on a Reddit thread. According to them, the procedures she got to look more Asian were so unnecessary and did more harm than good and now, she has just veered into the uncanny valley. Many other Reddit users wrote that whatever she did to her eyes to get that foxy eyes that are in trend right now only fu**ed them up as her natural eye shape which was more round before looked so much prettier on her.

There were other comments on Reddit which chalked all of Ariana Grande’s plastic surgery up to her insecurities. They said that it was concerning how the singer always uses filters on her posts even when she’s gotten so much surgery to look 100% perfect all the time. They think that it’s sad that she has gotten all these surgeries before even hitting 30 and she will probably get even more work done and end up botched within a few years.