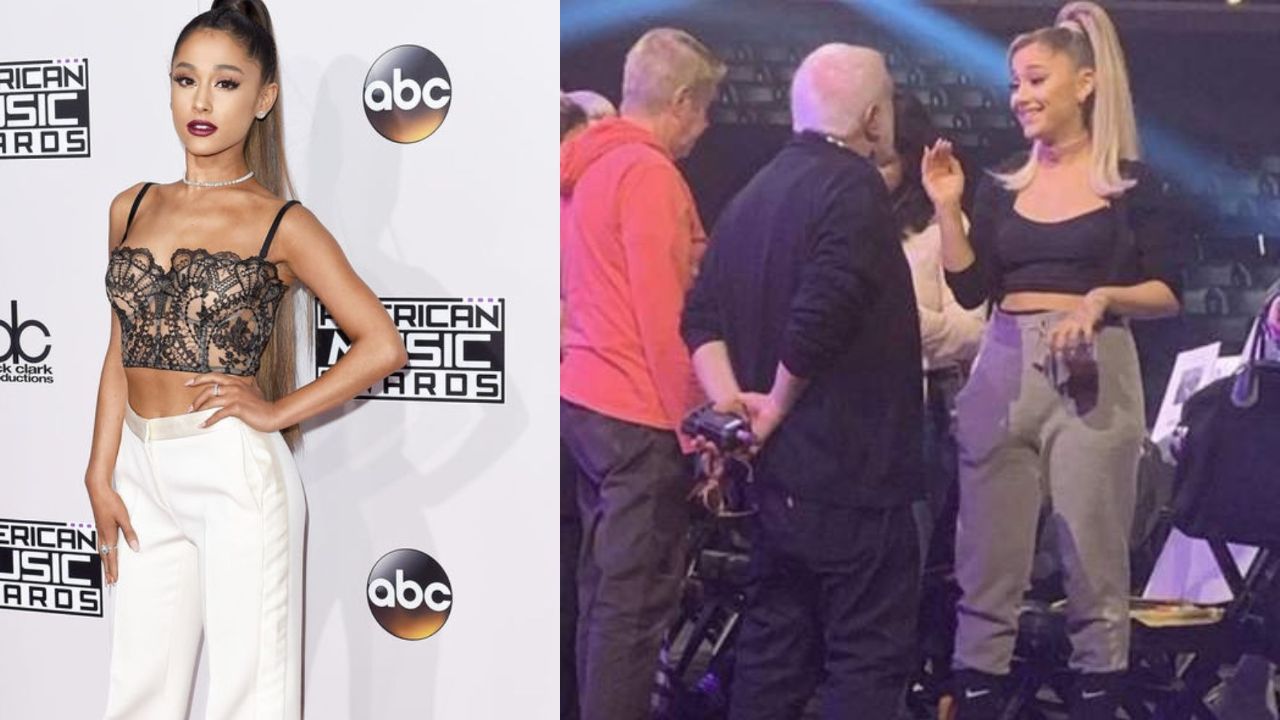 Ariana Grande made the internet go wild after a picture of her in which she looked like she had a slight weight gain went viral. Twitter seemed to be collectively dragging her and fat-shaming her. #ArianaGrandeFat was trending on Twitter. However, it seemed like such an overreaction and incel behavior on everyone’s part because she only looked a little bigger than before. Ariana Grande’s weight gain was very negligible for it to warrant that kind of extreme reaction.

Ariana Grande is undoubtedly one of the biggest pop stars in the world right now. She is, as her last name implies, grand in every right, whether it be her popularity or her social media presence, or her fan following. Except when it comes to her physical stature because she is very tiny with a petite frame. She is often referred to as the pint-sized superstar.

Whenever anyone thinks of her, everyone probably thinks of a tiny girl with an extremely slender frame in an oversized tee wearing a high ponytail. Because the singer has always looked extremely small and underweight that made people worry about her health you would never think she had ever been anything but that way. But you would be surprised to know that there was a time that #ArianaGrandeFat was trending on Twitter after some pictures of her showed that she had a slight weight gain.

Previously, we touched on the weight gain efforts of Sasha Pieterse and Puff Daddy.

Ariana Grande‘s (@arianagrande) body was never left alone, people always had something to say about it, whether it be expressing their concerns over her ‘dangerously low’ weight or admiring her extremely slender frame or skinny-shaming her. Looking at her, one can only think that she would ever face being fat-shamed but 2020 changed all that. Her slight weight gain changed all that.

A picture of hers went viral on the internet, the one in which she was standing and talking to someone. She paired a pair of sweatpants with a black crop top sweatshirt and her belly bulged out a little and which made Twitter go wild. Social media were flooded with mentions of Ariana Grande’s weight gain. Anti-stans gleefully engaged in fat-shaming her and editing those pictures to make her look huge, huger than she looked in it, which was really not much, just a little for her.

After the internet’s first wild reaction to Ariana Grande’s weight gain settled down, people began to have more mature discussions about her media on various forums. Many started to rationalize that she didn’t look fat in the picture, just a little bigger than people were used to seeing her. And that negligible weight gain should never have caused that much chaos and fat-shaming.

There were others who believed that Ariana Grande never had any weight gain and the entire internet had fooled itself into thinking so with that one picture in which she appeared ‘fat’ as she was wearing a pair of baggy sweatpants which made her look a little bigger than usual. They were just surprised that people couldn’t tell the difference between loose clothes and actual weight gain. Not surprised that there was a lot of fat-shaming because those incels were the kind who would not be able to tell the difference so, would just jump to harass people.

Some other people believed that what people thought Ariana Grande’s weight gain was just her looking puffy because she went overboard with the fillers. They said that she was not fat but merely fuller in the face like she just had a fresh dose of fillers. It was not just her bare belly sticking out but also her filler face which made the internet erupt into a bout of fat-shaming her.

Well, whatever the reasons may be that the Into You singer looked fat, it was never a good call to make comments about her weight gain. Especially since she’s known for being extremely skinny and underweight. When she was thin, everyone was like ‘you look unhealthy, you should gain some weight’ all the time and when it appeared that she did, they were fat-shaming her, which was very messed up and could mess her up.

A lot of fans seemed to think the same way and pointed out the hypocrisy of many who exactly did that. Skinny-shaming her when she was slender and fat-shaming her when she gained a little weight. Exactly how much did Ariana Grande need to weigh for them to not make comments about her weight? What was the correct weight that she had to have? She just could never win with such people.

Also, 2020 was the season of weight gain because it was right after quarantine. Almost everybody had added a few pounds to their body so, why only shame Ariana Grande for that? Also, what did they expect her to look like after the lockdown when people probably walked like twenty steps a day? She may have gotten slightly bigger but she only went back to being the weight she was when she was younger after the five pounds she gained.