Bella Thorne’s Plastic Surgery: Rumors of a Nose Job, Lip Filler, and Breast Augmentation; Check Out the Before and After Pictures! 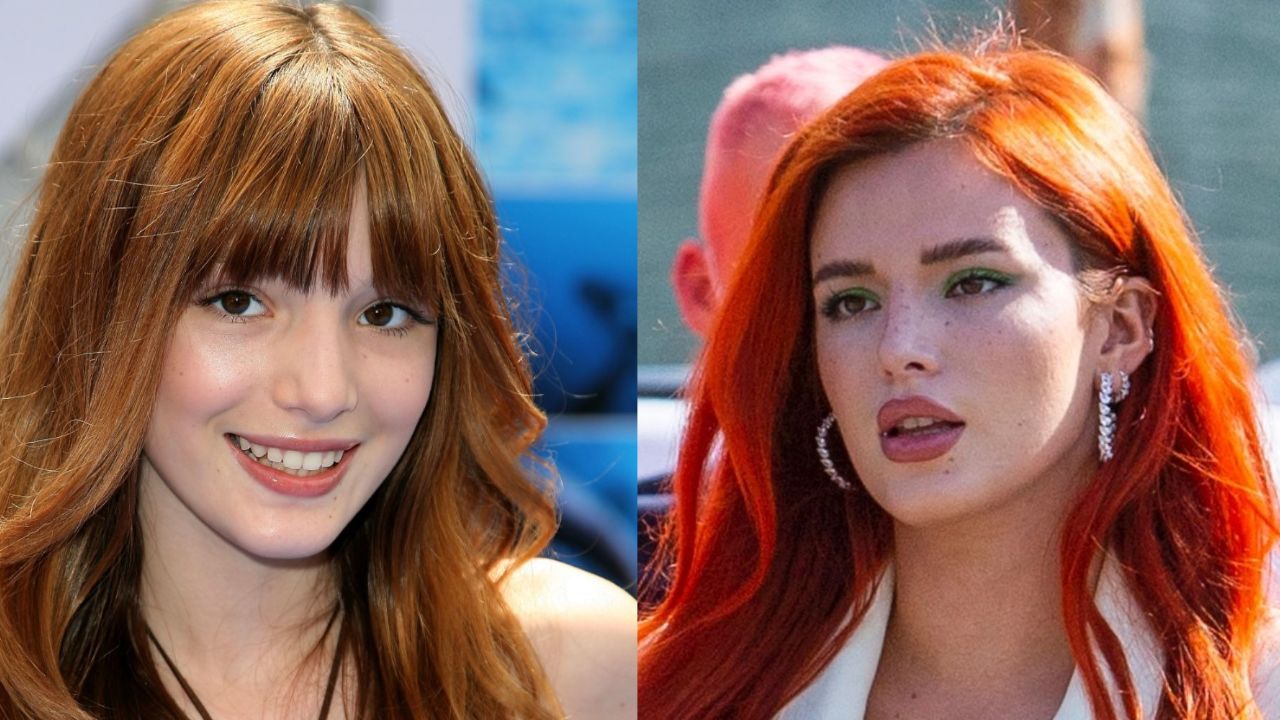 Bella Thorne is believed to have undergone various plastic surgery procedures such as nose job, lip fillers, and breast augmentation. The Shake It Up star has revealed that she has had multiple laser resurfacings and microneedling to deal with her acne scars. However, Bella Thorne has not addressed other plastic surgery speculations.

Bella Thorne is an American actress, model, singer, and writer who rose to stardom in 2010 when she started playing the role of CeCe Jones on the Disney Channel series Shake It Up. She first came into prominence before that in 2007 when she portrayed Margaux Darling in the series Dirty Sexy Money and Ruthy Spivey in the drama series My Own Worst Enemy.

The actress received two Teen Choice Award nominations for her performance in Famous in Love. She has appeared in several films such as Blended, Alvin and the Chipmunks: The Road Chip, and The Babysitter film series. Her performance in the movies such as The DUFF, Amityville: The Awakening, Infamous, and Girl was critically appraised.

Being in showbiz from that young age must have taken a toll on her and hampered her idea of beauty which is what probably drove the Disney star to plastic surgery. There have been lots of rumors that she has gone under the knife because of the changes in her appearance. Let’s learn more about Bella Thorne’s plastic surgery!

Previously, we touched on the plastic surgery efforts of Gwen Stefani and Meagan Good.

Bella Thorne’s Plastic Surgery: Fans Believe The Shake It Up Star Has Had Nose Job, Lip Fillers, and Breast Augmentation; The Actress Is Against Photo Retouching!

Bella Thorne (@bellathorne) is believed to have undergone various plastic surgery procedures including a nose job, lip fillers, and breast augmentation. She has admitted to having laser resurfacing and microneedling in order to get rid of acne scars.

Bella Thorne is a former child star we have been seeing since she was barely a teenager in her Shake It Up days at Disney. She has come a long way since those days and since then, she has had a major transformation in terms of appearance. It doesn’t seem to be just growing up naturally and puberty. She seems to have taken the aid of plastic surgery.

Bella Thorne definitely does not have the same nose now as before and everyone suspects a nose job. Before 2010, the Disney star had a slim nose but it had a bump and it was bulbous-looking a little high up on the nose. Bella wasn’t particularly fond of that little bump that made her nose give that lumpy look, I imagine. That must be why she removed that bump through plastic surgery because now, that bump seems nowhere to be found.

Now, Bella Thorne has a slim straight nose, just like she always had, but minus the bump. And it’s all thanks to plastic surgery for sure. Bumps on the nose disappearing does not have anything to do with growing up. Her nose is now much thinner in the center region as the bulbous middle has given way to a sleeker look. Her nose job must have included breaking and repositioning the nose bone and cartilage to achieve that sleek look.

Now, coming to the lips, it doesn’t look like Bella Thorne has left them untouched and on their own because they don’t look the same. Earlier (it must be before all plastic surgery), she had normal-looking lips. Some people would consider them to be thin lips. Bella probably thought so as well because that would explain why she felt the need to have fillers. Because she surely had fillers? Her lips are all plumped up and full like never before. That does not seem natural.

Her lips are not the only thing Bella Thorne thought were small. She also wasn’t fond of the size of her breasts so, she got her breasts done as well. She got breast augmentation surgery and increased her cup size from 34A to 34C. Her boob job is way too obvious and noticeable for anybody to miss. The plastic surgery was very visible when she posted a few pictures of herself in a lace bra.

When her boyfriend commented on the post saying, “the most beautiful girl in the world,” she replied, “aww 😍 with super big boobies 😉.” Was that her admitting that she had her breasts enlarged? Anyway, some of her fans think that her breast implants are way too large for her body.

Dr. Anthony Youn, a plastic surgery expert, who has not performed any surgery on Bella Thorne, commented about her chest that her chest appears to be enlarging and he suspected that Bella had a breast augmentation, taking her from an A to C.

Aside from these plastic surgery procedures, Bella Thorne also had multiple laser resurfacing, dermabrasion, and chemical peels to get rid of the acne scars she developed during her teenage years. She also did vacuuming and microneedling.

Talking about her acne journey and the intense treatments she’s undergone to clear her skin, Bella Thorne said,

My skin has been a long time in the works. I don’t even know how many years I’ve had cystic acne, but it started off as dermatitis. and then I tried everything you can think of. Tearing off parts of your face, like burning it off, the vampire facials, the microneedling, the lasers – every laser you can name, I’ve done it. And literally nothing worked – not one thing.

Besides sharing about the procedures she had to deal with acne scars, Bella Thorne has never addressed the other rumors and speculation about plastic surgery but people find it very interesting that she is so vehemently against photo retouching. She said that it was upsetting and a really depressing mindset when people take a photo of themselves and try and think of every single way that they could be better.

On Logan Paul‘s podcast Impaulsive, she said that she thought that Instagram should really snap down on FaceTune and photoshop. And when Instagram banned the cosmetic surgery-themed filters, she tweeted,

So proud of Instagram for removing the plastic surgery themed filters I have been saying this needs to be done for a while this is not good for our mental health and stability ❤️❤️.