BJ Novak’s Wife: Is He Married to The Office Costar Mindy Kaling? 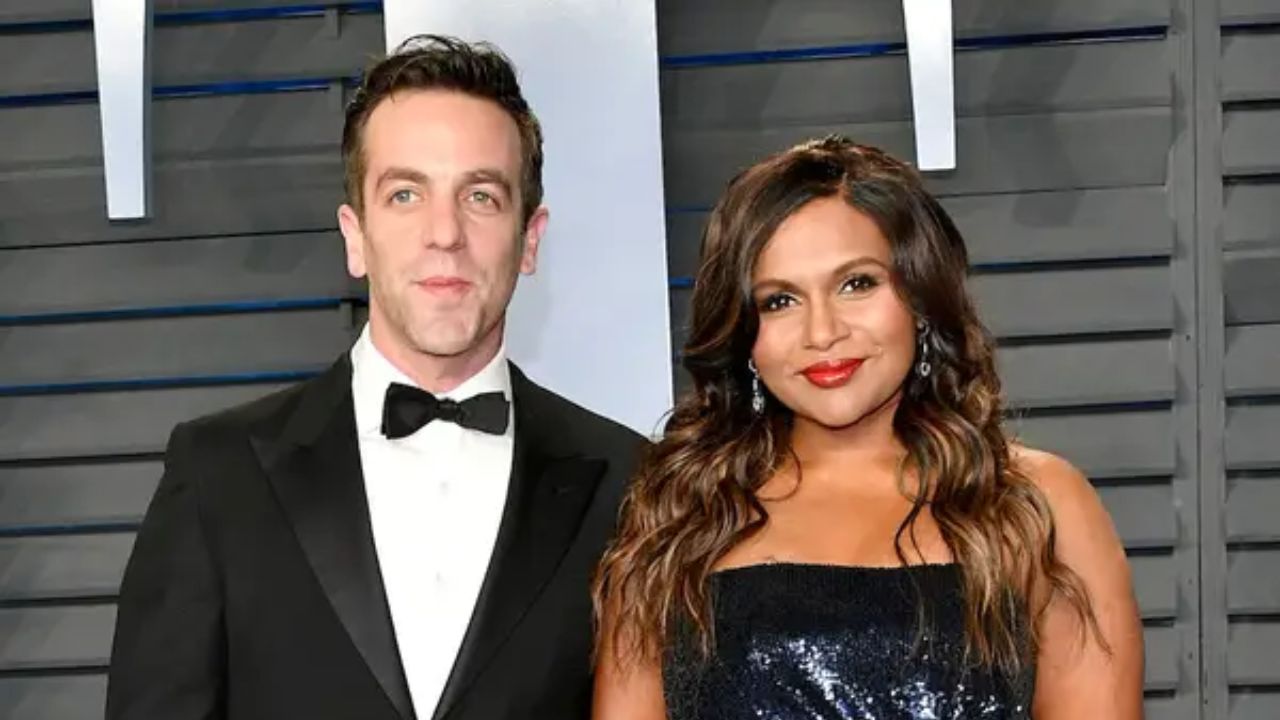 BJ Novak’s wife is definitely not Mindy Kaling like everybody thinks. The Office star is not married and has not taken any wife. If ever BJ Novak decides to marry, his wife will be in for a lifetime comparison with Mindy Kaling whether she will ever be as good a partner as Mindy once was. BJ and Mindy share a brief romantic history but they are more like families now. He is also the godfather to Mindy’s daughter.

Benjamin Joseph Manaly Novak or who is more commonly known just as BJ Novak is an American actor and comedian who is mostly recognized for playing Ryan Howard, a character in the NBC sitcom The Office.

Not only has he starred in the series, but he also was one of the writers, executive producers, and directors of the show. He is credited with writing 15 episodes, two of which; Diversity Day and Local Ad were nominated by the Writer’s Guild of America.

BJ Novak’s post-The Office career mostly consists of supporting roles and guest appearances in movies. Most notable of his supporting roles have been in Quentin Tarantino‘s acclaimed 2009 war film Inglourious Basterds, John Lee Hancock‘s 2013 period drama Saving Mr. Banks, which is about the development of the 1964 film Mary Poppins, and Hancock‘s 2016 biographical drama The Founder about the founder of McDonald’s.

BJ Novak has also made appearances in films such as Unaccompanied Minors, Knocked Up, Reign Over Me, The Internship, and The Amazing Spider-Man 2. He is also the voice of Baker Smurf in The Smurfs and The Smurfs 2.

He has also starred in a few episodes of The Mindy Project, a sitcom created by his The Office costar Mindy Kaling who he had dated during the show. He also served as a consulting producer for the first season of the show. He has made cameo appearances in Community and Crazy Ex-Girlfriend.

BJ Novak, through The Office, has carved a space for himself in pop culture and he will always be known and either loved or hated as Ryan Howard, the temp from The Office who switched personalities to become an egotistical braggart as soon as he was atop the corporate ladder.

The character’s sudden rise, and then fall from grace and the revelations the circumstances make of his character is interesting to watch and are very much talked about. But when it comes to Ryan, he is also talked about in the context of his relationship with Kelly Kapoor, a character played by Mindy Kaling.

Not only were the characters in a relationship, but the actors playing them also dated briefly. And like Ryan, BJ is also often talked about in regards to his romantic association with Mindy. Because their relationship from being friends to being lovers then breaking up but still being friends is a tale worthy of a show itself. They could just be the real-life Ross and Rachel, except they have not ended up together. Yet.

The Office fans are obviously not happy that BJ and Mindy are not together. But that leaves a question about him. Is it because BJ Novak is married? Does he have a wife? Even if it’s unfortunately not Mindy Kaling, he has to have either a girlfriend or wife? Or could he be single without any partner to share his life with? Let’s find out!

BJ Novak’s Wife: Has He Found A Partner Yet?

BJ Novak (@bjnovak), who is mostly known as the Ryan guy from The Office, (other than that, he’s mostly behind the camera or writing and supporting roles here and there) has managed to engage the public, years after the show ended, with his relationship with Mindy Kaling (@mindykaling) which has an interesting dynamic like it could be a plot point taken straight out of a rom-com or sitcom.

But the latest development in Mindy’s life where she had a baby whose father’s identity she kept a secret raised questions like is BJ Novak Mindy Kaling’s husband and baby daddy.

On finding out, people took a moment to be upset for the couple that could have been before swiftly fixating on BJ’s relationship status.

Taking BJ Novak’s age into account (he is 42), surely he is not very young and he could have decided to settle. If he has, then he may not be Mindy Kaling’s husband, but most likely he’s married. But then who is the woman he took for his wife. Is she a good partner to him as Mindy was?

Well, looks like he is living just like Mindy; single, except he doesn’t have children with a secret mother. So, there is no BJ Novak’s wife. Maybe he will never find another woman like Mindy Kaling with whom he had such a beautiful relationship as friends, then lovers, and as friends again. Or maybe he doesn’t want to settle just like Ryan and is just happy dating much younger women.

Either way, even if he were to get married, I am sure his marriage story, at least in the public’s eyes, wouldn’t hold a candle to the story of BJ Novak and Mindy Kaling. They met in 2004 when they were a couple of 24 years old writing for The Office. The duo instantly hit it off. And before long, the young people while working together fell in love with each other and began dating in 2005.

Maybe the chemistry they had in real life made their characters much more interesting to watch. But the romance between them was more like just a phase they went through and finally, in 2007, they quickly outgrew that and transitioned back into being friends.

They realized that they were destined to stay platonic. As friends, they continued to work together on the show till The Office ended. Most people saw the end to the relationship between Mindy Kaling and BJ Novak as it was.

But they were in for a pleasant surprise when BJ Novak proudly supported Mindy Kaling on her book tour from the sidelines in 2011. He even made an appearance in a few episodes of her show The Mindy Project. In 2013, he shared in an interview that every people both of them date gets to a point where they get skeptical of BJ and Mindy’s relationship.

In 2015, Mindy admitted that their relationship was weird and though she is not in the friends-with-my-exes camp, BJ is an exception as he was more like family at that point and had her mom’s stamp of approval. They even celebrated National Best Friends Day with a selfie in June 2016. Kaling even made him the godfather of her daughter when she was born in 2018.

The devilish duo sometimes tease the fans with flirty comments on the other’s Instagram posts like when BJ Novak commented on Mindy’s Vogue cover ‘Check your DMs. Sliding in the Dms.’

The pair recently attended the Vanity Fair Oscar Party together in March 2022.

Dani Austin’s Plastic Surgery: Did The Influencer Have a Nose Job? Read More

Trending
The December 22, 2022 TikTok Slideshow Incident: A Cautionary Tale for Social Media Users!
Trending
The Little Mermaid Cover Controversy: The Truth Behind the Phallic Spire on VHS!
Trending
Scott Disick’s Weight Gain in 2022: How Many Pounds Did Kourtney Kardashian’s Ex-husband Gain?
Trending
Sukihana Before Plastic Surgery: How Was She Prior to Breast Augmentation, Brazilian Butt Lift & Veneers?
Trending
Philippine Leroy-Beaulieu’s Husband: Who is the Sylvie Grateau Actress from Emily in Paris Married to? Is Richard Bean Her Spouse?
House&Whips
About UsPrivacy PolicyTerms of UseDMCAContact
House&Whips is a leading media and entertainment source as a fast-growing information hub. For promotion or advertisement, please mail us at [email protected]