Bobby Flay’s Girlfriend 2022: When Did The Food Network Star Start Dating Christina Perez; Check Out The Details of Their Relationship! 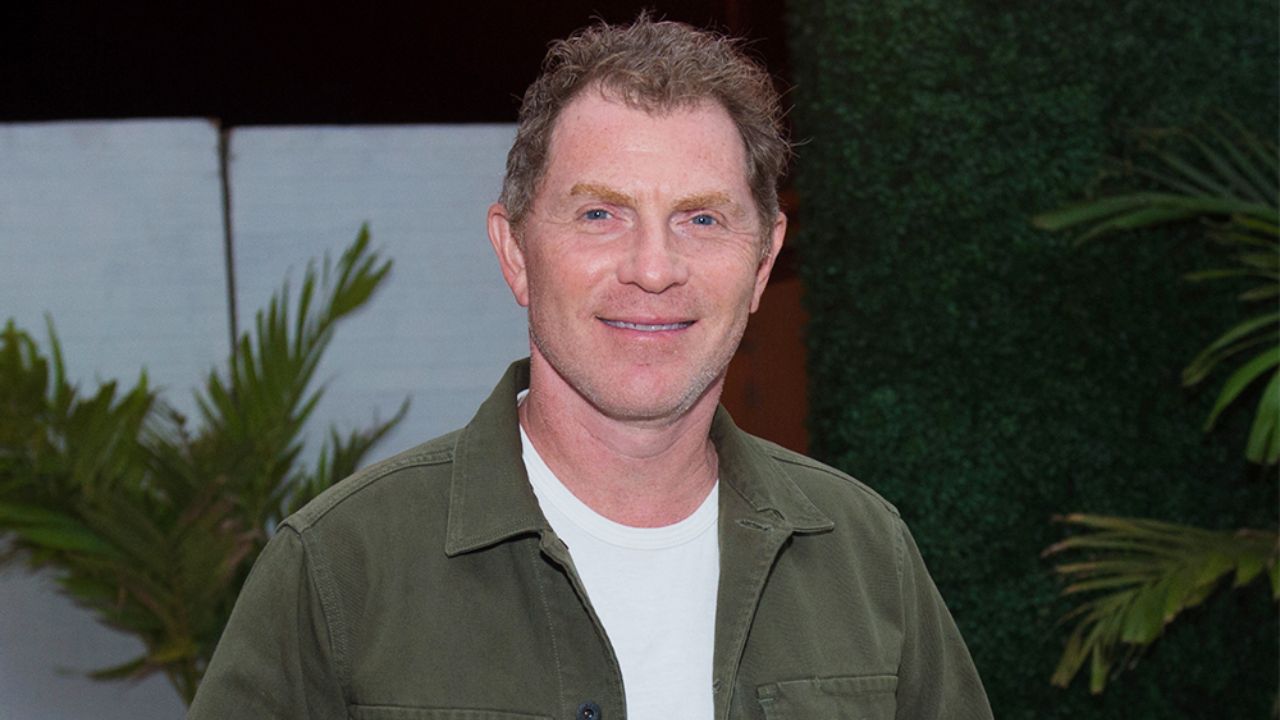 Bobby Flay’s girlfriend, as of 2022, is writer Christina Perez who currently works for the cannabis company Miss Grass. The celebrity chef had created a mystery surrounding his girlfriend when he had earlier declined to name her during an appearance on Today. But Christina Perez’s identity was revealed when Bobby Flay made a public debut with her where he mentioned his girlfriend was there with him.

Bobby Flay is an American celebrity chef, restaurateur, and reality television personality who gained prominence in 1994 when he competed in Iron Chef America. His popularity rose in the following years with his television career advancing with the multiple hosting jobs he got at Food Network. His time at the network running a plethora of cooking reality shows has earned him four Daytime Emmy Awards. He also has a star on the Hollywood Walk of Fame.

Besides being known in the culinary-entertainment field, the chef is also known as the owner and executive chef of several successful restaurants and franchises, like Bobby’s Burger Palace and the Mesa Grill. He has also authored several cookbooks which sold very well.

Bobby Flay is recently in the news not because of his another Food Network he’s hosting, another restaurant he’s opening, or another cookbook he’s publishing. This time, he is in the spotlight pertaining to his personal matters more specifically his relationship. Because he has kept his latest girlfriend a secret from the public who was only recently identified to be Christina Perez, people are curious to know this new girlfriend that Bobby Flay’s been dating in 2022.

Bobby Flay’s Girlfriend 2022: The Timeline of The Chef’s Relationship With Christina Perez!

Bobby Flay ended up generating quite a curiosity among the general public about his love life and his girlfriend in September 2021 during an appearance on Today when he wouldn’t reveal the name of his girlfriend and opted to keep her nameless when host Savannah Guthrie interrupted him while he was cooking on air to ask him, “Who’s your girlfriend?”

The chef’s preference to keep the new girlfriend anonymous created more of a buzz about their relationship. When he was on Today again in October, hosts Hoda Kotb and Jenna Bush Hager asked him to share details about his relationship and grilled him about his romance but he continued to remain silent on the matter. He only mentioned that his girlfriend didn’t eat meat.

After some time of keeping mystery around his girlfriend, Bobby Flay made a public debut with her in November in the 2021 Breeders’ Cup World Championship at Del Mar Racetrack in California, which turned out to be an important event for him because his horse Pizza Bianca finished first and won the race.

He didn’t name names even then but confirmed the woman he arrived with to be his girlfriend. He said in his acceptance speech,

“Winning a Breeders’ Cup Race is obviously a dream come true, but to be able to share it with your family, my daughter, my girlfriend, my business partner. All the people I love so much are here today to cheer me on and cheer on Pizza Bianca.”

The girlfriend’s identity was first revealed and then reported by The Sun. Bobby Flay’s new girlfriend turned out to be writer Christina Perez. They have been dating for a year after being introduced by mutual friends.

Christina Perez is currently working as the senior content manager and creative director in a cannabis company called Miss Grass which sells various premium THC and CBD products. She has previously served as a writer and editor for various famous magazines such as Vogue, Glamour, and Lucky. She also has had her work published by various outlets such as Condé Nast Traveler, GQ, Elle, InStyle, and Harper’s Bazaar.

Christina Perez comes from Wisconsin but later moved to New York City where she studied fashion illustration and design at the Fashion Institute of Technology. Before she started her career as a writer and a journalist, she traveled around the globe as a model everywhere from Japan to France and Italy.

And another thing about her is that she is an excellent girlfriend who has a very loving boyfriend who gushed about her in an interview with People in December 2021. Bobby Flay said,

“She’s so lovely. I’m really happy to have met her. My life is so crazy hectic, and she’s always the light at the end of the day for me.”

That same month, Christina Perez shared on her Instagram stories the collaboration of chef boyfriend and non-chef girlfriend they had in the kitchen to make one of the girlfriend’s family recipes, a pie from northwest Spain called Empanada Asturiana. They seemed to make magic but to be fair, it was Bobby the chef who did all the labor while the writer/ journalist girlfriend did the documenting.

The love birds were recently seen enjoying springtime in New York with the girlfriend smiling and kissing the boyfriend on the cheek while strolling through NYC. Christina shared the clip on Instagram.

Before Bobby Flay got together with his current girlfriend Christina Perez, he was coming from a string of failed marriages. He first got married to chef Debra Ponzek in 1991. They got divorced two years later. He gave another chance to marriage with his second wife Kate Connelly. Though their relationship lasted for a short time only from 1995 to 1998, he got a daughter Sophie out of it. In 2005, he married actress Stephanie March who he divorced 10 years later. He then started dating Helene York who ended things with him in 2019.