Britney Spears’ Plastic Surgery: Then and Now Pictures of The Singer! 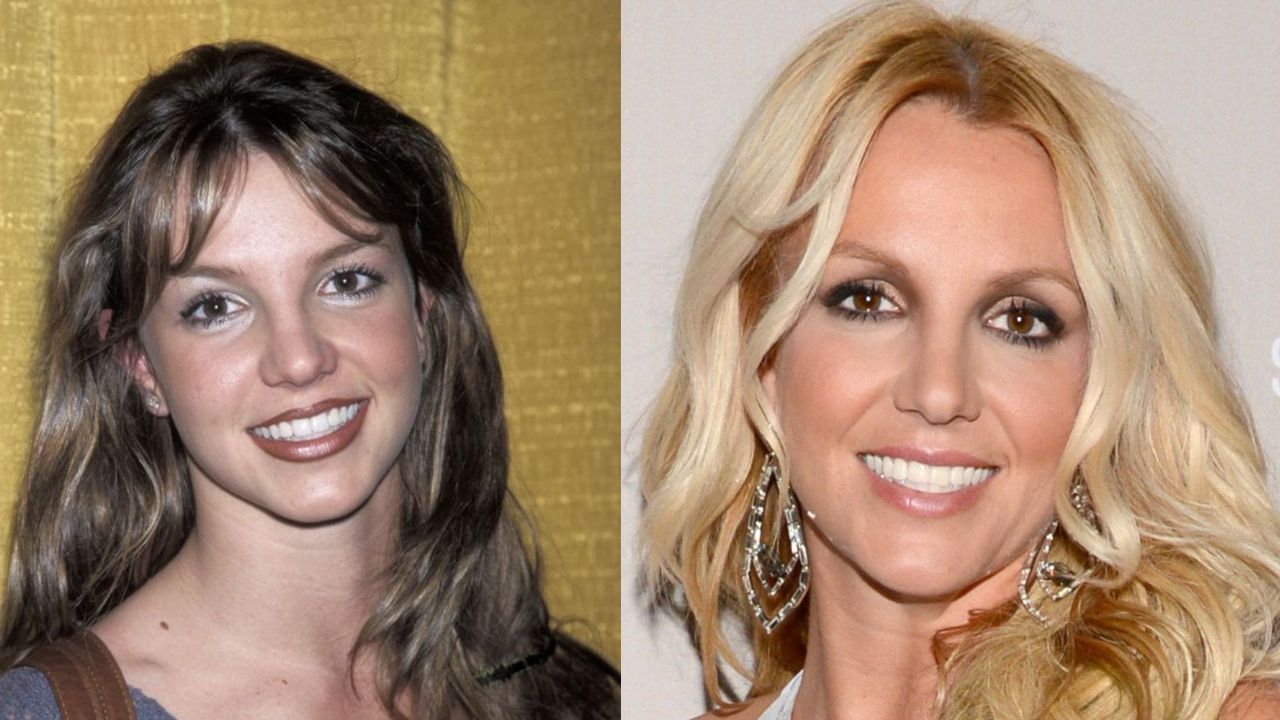 Britney Spears’ plastic surgery has become a topic of discussion in recent months because of her exposure in the media due to her wedding and news of conservatorship. The singer is believed to have had rhinoplasty, breast implants, and fillers on her cheeks and lips. However, Britney Spears has not confirmed all of those plastic surgery rumors. She once admitted to lip fillers and recently revealed that she had thought of getting Botox and breast augmentation.

Britney Spears has been a part of the industry since she was just a kid, and she shot to superstardom in 1999 with her debut song and album …Baby One More Time. Because of the major success the singer got just as a teen, she is credited with influencing the revival of teen pop during the late 1990s and early 2000s. She was a child performer on The All-New Mickey Mouse Club who got big with the music. She has sold nearly 150 million records worldwide, making her one of the world’s best-selling music artists.

The Princess of Pop has enjoyed a long and successful career throughout which she has gone through a lot of transformations and reinventions when it comes to her appearance. She has had a hectic life and gone through major ups and downs in her life. And with that, her looks have evolved too, which has always got people talking about her appearance and whether she’s got plastic surgery done or not because things have clearly changed for her then and now.

Previously, we touched on the plastic surgery efforts of Cillian Murphy and Gabimfmoura.

Britney Spears is a pop culture icon who is currently trending on the internet for a lot of things, be it for her wedding with Sam Asghari or her freedom from the conservatorship or her father wanting her to sit for a deposition about her social media posts or her deactivating Instagram after feud with her brother. With her on the public radar, fans have begun to speculate about plastic surgery the singer might have had.

Plastic surgery rumors about Britney Spears started already when she was just a teen when it was reported that her mother made her get breast implants and that later she got them removed. That died down quickly but the constant tirades from the public for getting cosmetic surgery began after all, sometime around 2013.

However, …Baby One More Time hitmaker didn’t play coy about it like most would do and admitted that she is not completely natural and has done a little bit of cosmetic work done on her face. She said,

“A doctor I see, [Beverly Hills plastic surgeon] Dr. [Raj] Kanodia, does fun stuff to me sometimes—I’ve had lip injections before.”

Next year, speculations about plastic surgery along with backlash for it went through the roof when Britney Spears hopped on the cover of Women’s Health magazine looking very different and the least she had looked like herself till that point, which was nothing like when she just had slight lip fillers.

Many fans could not even recognize her and those who did were disappointed in her for having too much work done and did not have flattering things to say about her. Most of them said the same thing along the lines of ‘Britney Spears got plastic surgery and just looks awful. She should have stayed au natural’.

That was a huge controversy back then. The Toxic singer was also accused of photoshopping her abs on the cover. She got more flamed when Buzzfeed commented on the whole thing chalking the way her abs looked to either excessive photoshopping or too much contouring. But behind-the-scenes video from the photo shoot came to her rescue when her abs looked the same as they did on the cover and proved that it was all her and not contouring or anything else.

When Britney Spears told in the interview with the magazine that daily exercise was important for her both mentally and physically, and she didn’t mind working out, she was not bluffing, clearly. About her unrecognizable face, an explanation came from the insiders to TMZ who said that it was all heavy contour, not surgery or digital retouching.

However, it was not just the magazine cover she looked unrecognizable in. She looked like that most of the time in the following years which kept the momentum of plastic surgery speculations going. She noticeably looked different with a swollen face on the red carpet in 2014 after which some experts of plastic surgery also weighed in. Dr. Norman Rowe said that her forehead looked like Botox had been at work to smooth out any wrinkles. Dr. Anthony Youn said to RadarOnline,

It appears that Britney said, ‘Hit Me Baby One More Time’ to her plastic surgeon! Her cheeks look quite plump, possibly due to injections of a filler like Voluma. Another possible cause could be an allergic reaction to a medication or food, or major weight gain.”

Dr. Youn posted a video on Youtube in October 2021 in which he traced Britney Spears’ ‘plastic surgery journey.’ He confirmed the rumors of breast implants telling that the Circus crooner had undergone breast augmentation by the time she was 18 years of age. According to him, she also had a ‘quite subtle’ rhinoplasty in 2002 when she was 21. He noted that the Grammy winner started to get Botox and filler sometime around 2012 after she turned 31. He said that she may have had some Botox to smooth frown lines and also injections of filler into her cheeks and into her lips.

However, the same year, Britney Spears took to Instagram to deny the boob job rumors. In March 2022, she revealed once again via Instagram in a now-deleted post that she had thought of getting breast augmentation after she lost seven pounds in six months which officially put her in the ‘itty bitty ti**y committee’. She even went for a consultation with a plastic surgeon but left before meeting the doctor. She also admitted that she was considering Botox.

Trending
Happy Valley Family Tree: A List of the Characters of the Crime Drama Series!
Trending
Randy Jackson’s Plastic Surgery: What’s the Reason Behind the 66-Year-Old’s Drastic Change in Appearance?
Trending
Lisa Riley’s Weight Gain: The 46-Year-Old Has Been Battling With Her Weight Since Her Childhood!
Trending
Ken Bruce’s Weight Loss: The 71-Year-Old Broadcaster Looks Way Too Slimmer Today?
Trending
Shaun Murphy’s Weight Loss: How Come He Look So Slimmer Now?
House&Whips
About UsPrivacy PolicyTerms of UseDMCAContact
House&Whips is a leading media and entertainment source as a fast-growing information hub. For promotion or advertisement, please mail us at [email protected]