Brittany Mahomes’ Plastic Surgery: Did She Get Lip Fillers and Breast Implants? 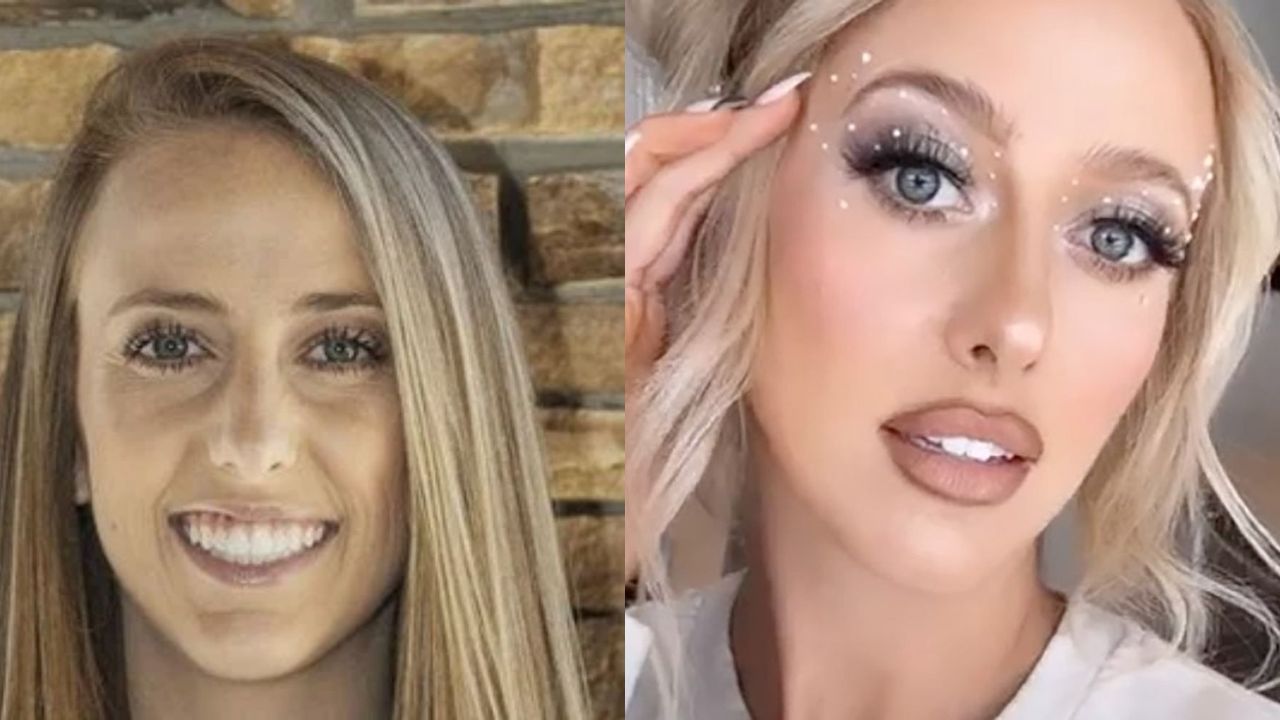 Brittany Mahomes is suspected of having plastic surgery including lip fillers and breast augmentation. The wife of NFL superstar Patrick Mahomes got trolled for her big lips after a photo of her at a game went viral and she was speculated to have breast implants after she posted a photo of herself in a bikini. Brittany Mahomes denied plastic surgery when she was accused of getting a boob job but hasn’t responded to accusations of lip fillers.

Brittany Mahomes, wife of the NFL superstar Patrick Mahomes II is a star athlete herself who has created an athletic empire of her own and launched her own fitness company. She also played professional soccer in Europe. She played college soccer at the University of Texas at Tyler where she was awarded ‘All-East Texas Forward’ honors.

After graduating with a degree in kinesiology, she signed on to play soccer professionally with UMF Afturelding/Fram in Iceland in May 2017. She even won her team a league title before returning to the US to focus on a career in fitness.

Now, she is focused on her fitness company and living her best life happily. Though sometimes, speculations about plastic surgery get to her. She has been subjected to rumors of lip fillers and breast implants. But is there any truth to the rumors? Continue reading to find out more about Brittany Mahomes’ plastic surgery!

Also, check out the plastic surgery stories of Lacey Chabert and Hannah Kae.

Brittany Mahomes’ Plastic Surgery: She is Suspected of Getting Lip Fillers and Breast Augmentation!

It’s not easy being one of the most brilliant quarterbacks to play in the NFL or the fastest one to reach 70 passing touchdowns in 27 career games because of the superstardom it brings as Patrick Mahomes (@patrickmahomes) would know. It’s definitely not easy being his wife as Brittany Mahomes (@brittanylynne) is now starting to find out. The intense and intrusive scrutiny that follows them wherever they go whether it is the regular season or the offseason sometimes gets to her like it recently must have with speculations about plastic surgery.

Just a few months ago, Brittany Mahomes attended a Dallas Mavericks playoff game with her husband Patrick Mahomes at the American Airlines Center. They were sat at the courtside supporting their hometown team (they are both from East Texas, only a few miles from Dallas) minding their own business while their pictures from the game are circulated on the internet only for Brittany to be subjected to plastic surgery speculations.

The photos of the couple from the game left many wondering if Brittany Mahomes got some work done on her lips as they noticed that her lips looked a bit different and a ‘bit weird.’ Several people on the internet began making fun of her lips, making a mockery of her supposed plastic surgery with remarks like ‘I see she still has those Mr. Ed horse lips,’ ‘she has those big gums,’ and ‘I hope he (Patrick) has a strong prenup.’

While some of the comments were light-hearted though a bit mean, some others got too serious and intense in a cringeful kind of way. Like plastic surgery a stranger got is somehow the worst thing in the world to them. One person was deadass like,

All the hate…I don’t understand. You two have been together since you were broke teenager’s. You worked your asses off to get where you’re at & he treats you like a queen! It’s your money! You don’t need lip injections however!!

Had Brittany Mahomes seen such comments, she would have been fuming. As if the speculation that she had plastic surgery were not enough, there were people implying that she had lip fillers because she felt inadequate in some way. People on the internet really need to get a grip on reality and mind their own business. And it was not a one-time thing, she had faced it before as well.

About a year and a half ago, just a few months after she gave birth to her first child, Mahomes posted a photo on Instagram of her sunbathing in a blue two-piece bathing suit after which people began to comment that she had a boob job. Why do people always see plastic surgery when there might be none? Many of the followers thought she has had breast augmentation.

Do they not know that breasts grow larger when women breastfeed? Probably not. All they know is to make snide comments like ‘Looking like someone got a boob job,’ and ‘her boobs look fake.’ They must seriously think that bigger breasts automatically mean fake and plastic surgery or breast augmentation. To such trolls, Brittany Mahomes responded with another post.

She again shared a photo on Instagram of herself clad in a bikini and laying out in the sun on a boat and defended her new figure after giving birth in the caption. She shut down the rumors of plastic surgery and put the speculations that she had breast implants to rest with a simple caption,

Haters will say they are fake, but breastfeeding moms will understand.

If Brittany Mahomes had been frustrated with plastic surgery speculations, she must have felt much lighter after she made that post because a lot of followers backed her in the comments and she got inundated with support from fellow breastfeeding mamas.

One person wrote, ‘Lol the best part of postpartum other than the babies of course,’ while another wrote, ‘We stan a breastfeeding augmentation.’ There was another comment that denied plastic surgery and ridiculed the idea that she would have breast augmentation when she had just given birth four months ago and said, ‘Ya girl just needed to pump, back off haters.’