Brooke Shields’ Plastic Surgery: How is She Handling Aging Process? The Model Then and Now! 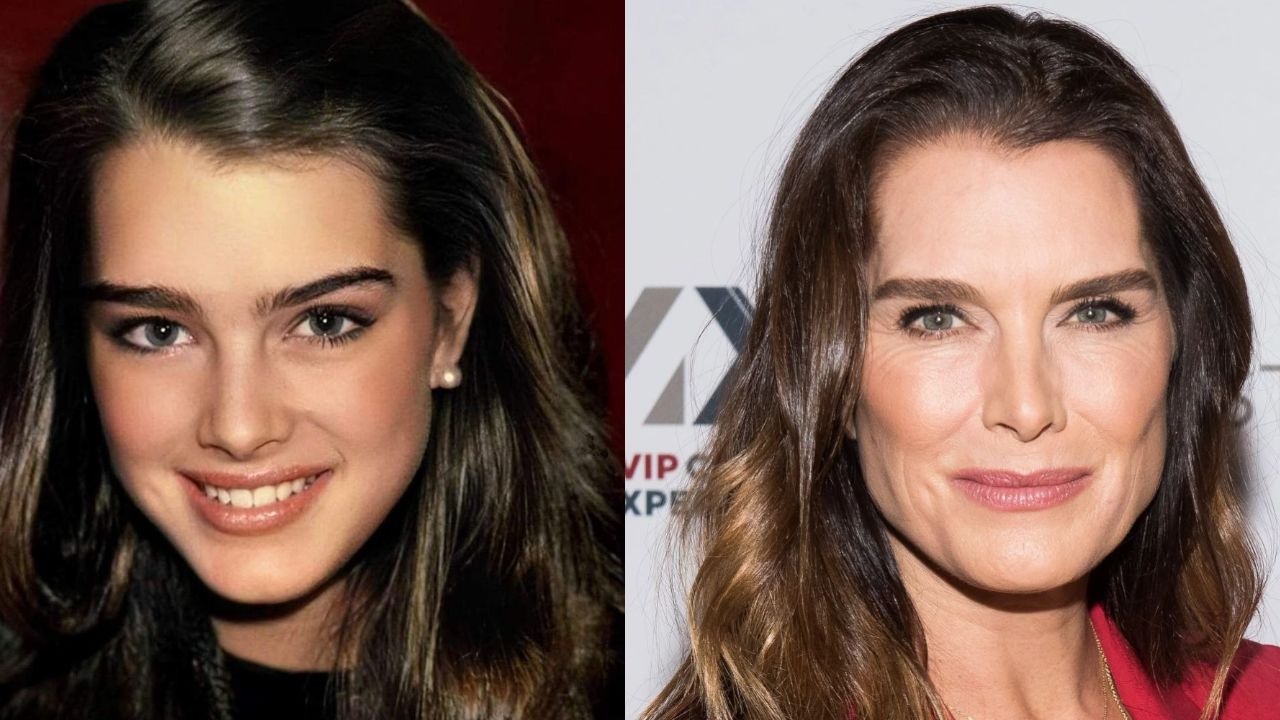 Brooke Shields is an American actress and model. She began her career as a child and first gained prominence and critical acclaim as well at age 12 for her leading role in Louis Malle‘s film Pretty Baby. In the 1980s, she starred in several dramas such as The Blue Lagoon and Endless Love before she suspended her career to attend Princeton University. After she graduated with a bachelor’s degree in Romance languages, Shields returned to acting and appeared in minor roles in films.

She starred in the NBC sitcoms Suddenly Susan, for which she received two Golden Globe nominations, and Lipstick Jungle. In 2017, Shields was cast in a major recurring role in Law & Order: Special Victims Unit in the show’s 19th season. Since 2014, she has voiced Beverly Goodman in the Adult Swim animated series Mr. Pickles and its spinoff Momma Named Me Sheriff.

The glamorous model is aging now and she seems to be handling it very well. She has not tried to get ahead of aging with plastic surgery. She instead has opted for a non-invasive treatment like WarmSculpting. She once tried Botox but she didn’t like it. Learn more about Brooke Shields’ plastic surgery!

Previously, we touched on the plastic surgery stories of Paula Abdul and Smokey Robinson.

Did Brooke Shields Have Plastic Surgery? She Once Tried Botox But That Was It!

Brooke Shields (@brookeshields) revealed that she was afraid of getting plastic surgery and that she would never get them to handle her aging process. Instead, she has body contouring treatments for that purpose. She once tried Botox.

Opening up recently about handling the aging process and talking about it, Brooke Shields revealed that she had not and never would have plastic surgery. She once had Botox which was 10 years ago but that was it for her. She’s handling the whole aging process by undergoing body contouring treatments.

As a celebrity, the actor’s not immune but she’s subjected to more pressure from society to conform to the beauty standards set for women. It’s even harder for her because she is an aging woman and without plastic surgery, even with the greatest skincare, she would be looking her age. But that doesn’t seem to be a problem for her because she has found another way to age gracefully and beautifully.

On Watch What Happens Live with Andy Cohen, Brooke Shields talked about undergoing body contouring treatments to handle the aging process. She also noted that she had not had a thing done to her face. On hearing such remarks, Cohen asked her if plastic surgery would be something she considered in the future and if she ever thought about it to which she replied,

So I’m afraid of it. But I also want to [do] everything I can to just look my best and feel my best.

To look the best, many would have assumed that Brooke Shields would have gone with plastic surgery like most Hollywood people do even though they end up looking very unnatural with a botched job most of the time. But she didn’t and maybe that was the reason why. However, she wanted to look her best (read natural and youthful) so, she went with a non-invasive body contouring treatment.

The anti-aging secret of Brooke Shields is the treatment known as WarmSculpting with SculpSure. It’s a great alternative to plastic surgery. Describing how it works, she told Cohen,

It’s called warm sculpting. It’s actually incredible. I work out so much and yet I still have like, s**t from my babies. It’s really great. It eliminates the fat cells and it actually works.

This procedure which used heat to reduce fat cells has been approved by the Food and Drug Administration to treat lipolysis in the abdominal and flank areas. However, it is not recommended for all and is best suited to only those with a body mass index of 30 or less. This is non-invasive and perfect for those who prefer to not go under the knife like Brooke Shields, who is now an ambassador for the brand.

Shields is fine with not having more plastic surgery to go extreme because she’s okay with not completely changing her face and looking old. She explained,

If I changed my face, I think I would feel claustrophobic and horrible all the time. Even my face, older, is still my face. I would not go back to 25. It was great, but I am so much more relaxed now and in my own life and in my own skin and in my own happiness. I feel good about all the elements and areas of my life now.

Brooke Shields is now all about the non-invasive procedure however, Botox is not one of them. She has been hesitant about trying any more plastic surgery ever since she tried Botox more than a decade ago because she does not want to end up looking like the Joker. She said,

I want laser treatment because I’m not a fan of my wrinkles. But I have to find someone with a light touch. I’m scared I’ll end up looking like the Joker.