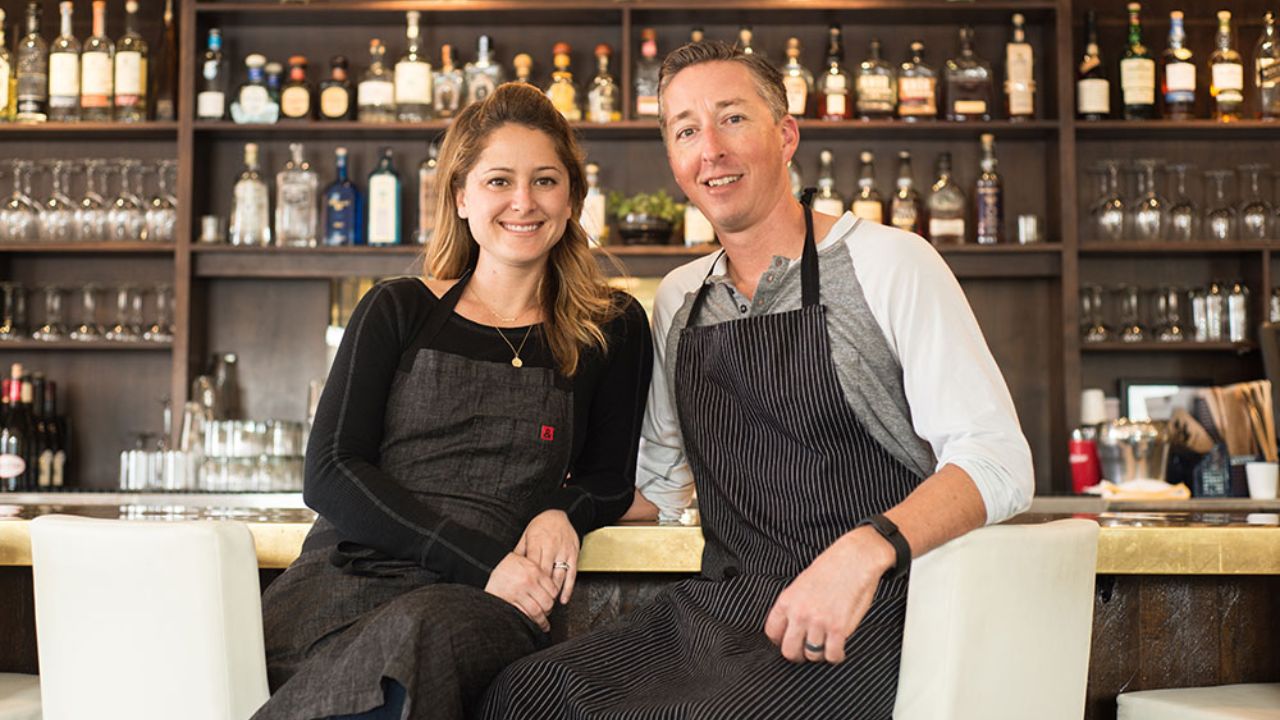 Brooke Williamson from the Top Chef fame is married to her husband Nick Roberts. The chef first met her spouse when they were working together at the same restaurant. The pair hit it off quickly and have been together ever since. Brooke Williamson and Nick Roberts tied the knot in 2007. The husband and wife are also business partners and own several establishments. As for their kids and family, the couple has a son Hudson.

Brooke Williamson is an American chef, restauranteur, and television personality. She rose to fame in the culinary world after she started doing cooking reality shows on television.

She first stepped into the entertainment part of the culinary when she competed in Season 10 of Bravo’s Top Chef. She didn’t win the show but finished up as a runner-up.

But when Brooke Williamson made a return to the show for Season 14 in Charleston, she won the title of Top Chef. She also was crowned the first winner of Food Network’s Tournament of Champions in the spring of 2020.

Besides that, Williamson has also competed in Bravo’s Top Chef Duels and Food Network’s Guy’s Grocery Games. She also participated in Esquire Network’s Knife Fight and won the fight. She has also appeared in MTV’s House of Food.

Not only she has competed in those cooking competition shows, but she has also served as a judge in some of them like on BBQ Brawl. She has also been in Cook Together, the first cooking show in which chefs cook in real-time with the hosts as the viewers watch them. She worked with Eko and Walmart for that one.

Born in Los Angeles, California, America on August 15, 1978, Brooke Williamson was one of those children who knew what they wanted to do in life when they were grown-ups, one of those who discovered their passion very early on and then built their life and career around it.

At just the tender age of six, she got invested in cooking after she started watching cooking shows. It was the one in which legendary chefs Jacques Pepin and Julia Child demonstrated their classic French cooking secrets, which sort of made her fall in love with cooking and forever sealed the deal for her.

Brooke Williamson‘s (@chefbrookew) love for cooking not only built her life and career but also found her a life partner who shares her love and passion for the culinary arts.

Brooke was working as an executive chef in 2001 in a Brentwood eatery Zax, which she had opened when she met her future husband –  the man she was going to marry – Nick Roberts. Her husband was working as a sous chef in the restaurant with her.

The pair quickly hit it off with their common interest in cooking and were already dating by February of 2002. Soon they became it couple in the culinary world. They extended their relationship to a business one as well and started doing business together.

The pair opened Amuse Cafe in Venice, their first independent venture together. They followed that up with a Beechwood restaurant soon after. They were on a roll with their business and cooking, which is why the couple got dubbed as Rising Star Chefs by the StarChefs in 2004.

The pair tied the knot in 2007. And since then, the wife and the husband team have gone on to open several establishments. In 2009, they opened an elevated gastropub Hudson House in Redondo Beach and followed that with The Tripel in 2011.

Not only restaurants, but the duo of husband and wife established a culinary-focused retail store for selling unique kitchen gadgets, cookbooks, and other cooking essentials called Tripli-Kit.

Brooke also debuted a Hawaiian concept called Da Kikokiko in Playa Vista with her husband, which was closed in the summer of 2020.

Their family is completed by an offspring. When it comes to kids, Brooke Williamson and her spouse share a son Hudson, who is 12 currently.