Restaurants: Brooke Williamson’s Net Worth is $2 million in 2022! 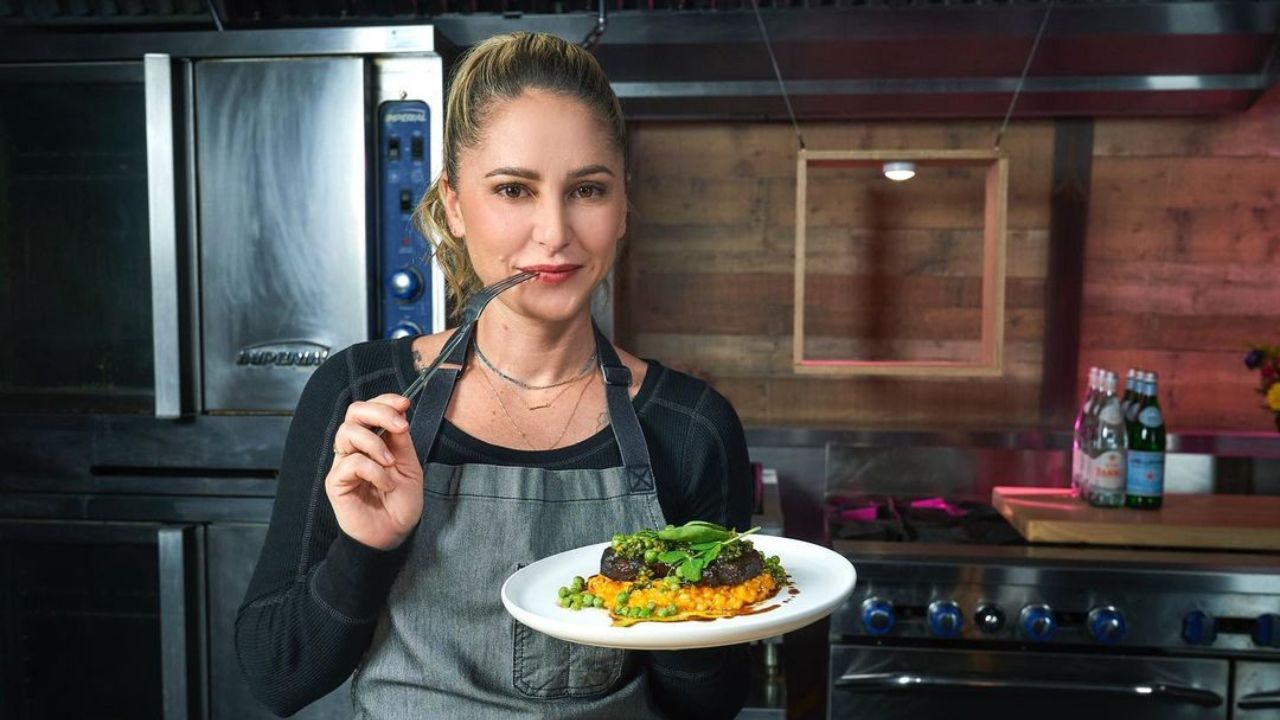 Brooke Williamson is estimated to have amassed a staggering net worth of $2 million. Working from a young age at numerous restaurants to establishing her own business ventures, Brooke Williamson has made herself worth those millions. Not to mention, all the reality cooking shows she has won and she has appeared in.

Brooke Williamson is an American chef, television personality, and restauranteur who came to prominence in the culinary world when she started competing in cooking reality shows. She is the youngest female ever to cook at James Beard House. She also won the title of Top Chef in Season 14 of the Bravo’s show in Charleston.

Brooke Williamson had previously competed in Season 10 of the show but she was just runner-up then. She was also crowned the first winner of Food Network’s Tournament of Champions in the spring of 2020.

What is Brooke Williamson’s Net Worth in 2022?

With an impressive resume Brooke Williamson (@chefbrookew) has carved out full of professional achievements and leading roles, nothing can be more obvious than the fact that her dedication to the cooking profession, her skills in the culinary arts, and her expertise in the business side of things have remained virtually uncontested.

Having started her career at such a young age, Brooke has built herself an empire in the culinary world and amassed a whopping net worth of $2 million.

The background of Brooke Williamson’s rise was her filling in small positions and then slowly moving to bigger things. She set out to make out a career in cooking by starting as a teacher’s assistant at the Epicurean Institute of Los Angeles, after which she quickly secured a position of pastry assistant at Fenix at the Argyle Hotel where she learned from Chef Ken Frank.

She continued to explore and made her way to Chef Michael McCarty’s nationally acclaimed restaurant Michael’s of Santa Monica. There, she, with her skills, worked her way up from line cook to being their youngest sous chef at 21.

Traveling different places from restaurants to restaurants, she went from LA to New York City, where she briefly spent time at the Daniel restaurant owned and run by Chef Daniel Boulud from whom she learned new cooking techniques. After two years of that, Brooke Williamson was working at a notable Los Angeles restaurant Boxer Rescue as an executive chef.

Heading such a big restaurant’s kitchen by herself must have given her much confidence and the understanding of the commercial aspects of the business that she went on to open her own eatery at Brentwood called Zax in 2000. She displayed a knack for running restaurants by being inventive and developed her signature California-inspired cuisine—infused with local ingredients and global flavors in Zax. Zax, she owned and worked as an executive chef. That was where she met her now-husband Nick Roberts who also became her business partner later on.

Since Nick came into her life, she really got and kept opening eateries. Brooke Williamson opened up Amuse Cafe in Venice and followed up with a restaurant in Beechwood soon after, which landed them the title of Rising Star Chefs from SatrChefs in 2004.

In 2009, the wife and husband team established an elevated gastropub in Redondo Beach called Hudson House. Two years later, The Tripel, which was a modern American and craft beer dining destination in the neighboring beachfront community of Playa del Rey. All of those had to be closed in 2020 because of the pandemic and monetary losses but while they lasted, they were fun and earned her a lot.

Another restaurant that came after The Tripel was Playa Provisions, located in LA. The only restaurant still running in 2022, it is a unique concept that offers four-in-one services like King Beach (marketplace), Small Batch (ice cream shop), Dockside (seafood dining spot), and Grain (whiskey bar).

From 2015 to 2020, the pair also launched and ran Tripli-Kit, which was a culinary-focused retail store, selling unique kitchen gadgets, cookbooks, and other cooking essentials. The duo debuted their fifth venture, a Hawaiian concept called Da Kikokiko in Playa Vista, celebrating Hawaii’s popular street foods, including poké, shave ice, and musubi, which closed in the summer of 2020.

Apart from Brooke Williamson’s business ventures, she also earns a lot from appearing on television. Winning Top Chef only got her $125000. She also won the Tournament of Champions in 2020 and Esquire network’s Knife Fight.

Also, there were the participation trophies that are the hefty sums she received from the numerous shows she competed in, like Bravo’s Top Chef Duels, MTV’s House of Food, and Food Network’s Guy’s Grocery Games.  She had also joined BBQ Brawl as a judge.

Brooke Williamson had been working in numerous restaurants for an average salary of $56,295 before all that.

All of that has amounted to an impressive net worth of $2 million.

Pamela Anderson’s Plastic Surgery: Why Does The Baywatch Star Look Unrecognizable These Days? The Actress Then and Now! Read More

Trending
Do They Find Gonker in Dog Gone? What Happens to the Lost Dog in the Movie? Ending Explained!
Trending
Olivia Culpo’s Plastic Surgery: What Are the Beauty Secrets of the Former Miss Universe? Before & After Pictures Examined!
Trending
Buddy Valastro’s Weight Loss in 2022: Comparing His Before and After Pictures, the Former Cake Boss Star Looks Way Too Slimmer!
Fliming Location
Dog Gone Filming Locations: Where is the Netflix’s New Dog Drama Filmed?
Trending
Is Lori Petty Gay? What’s the Actress’ Sexual Orientation? Fans Think She’s Not Straight!
House&Whips
About UsPrivacy PolicyTerms of UseDMCAContact
House&Whips is a leading media and entertainment source as a fast-growing information hub. For promotion or advertisement, please mail us at [email protected]