Bryce Dallas Howard’s Plastic Surgery: The Jurassic World Star Looks Young In Recent Photos; Check Out The Before and After Pictures! 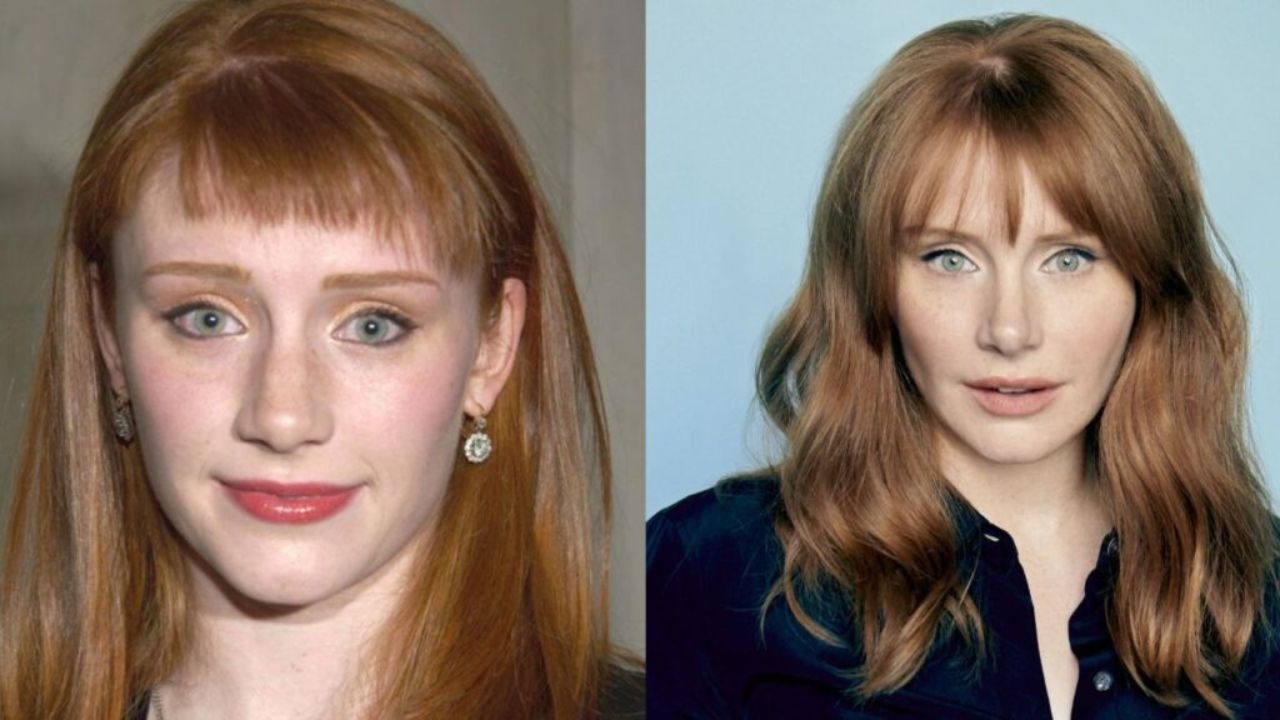 Jurrasic World Dominion is all the rage right now. So far, it has already made more than $143.4 million in America, just in the domestic debut crashing all over Top Gun: Maverick‘s solo reign at the box office. With the success of the final installment of the Jurrasic World franchise, the actors of the movie have come under the spotlight. Especially Bryce Dallas Howard, who plays Claire Dearing, a former Jurassic World park manager.

Bryce Dallas Howard is an American actress and film director. Though she is the eldest daughter of the much-respected actor and filmmaker Ron Howard, she has already established herself beyond that relationship. She went to New York University’s Tisch School of the Arts before leaving to take roles on Broadway. She made her debut on the big screen with director M. Night Shyamalan‘s psychological thriller The Village.

The actress got a Golden Globe Award nomination for Kenneth Branagh‘s As You Like It. She played Gwen Stacy in the superhero film Spider-Man 3. She starred as Kate Connor in the action film Termination Salvation and as Victoria in the fantasy film The Twilight Saga: Eclipse, which did not garner much critical praise. But they were commercial successes that got her more recognition. She was praised for her performance in the comedy-drama 50/50 and the period drama The Help.

With the increase in her popularity, fans are more interested in her and they have now started to wonder if she has had plastic surgery.

Previously, we touched on the plastic surgery efforts of Im Soo-hyang and Ivanka Trump.

Bryce Dallas Howard (@brycedhoward) is rumored to have had several plastic surgery procedures including a nose job, cheek and lip fillers, and Botox.

So Jurrasic World Dominion is taking over (movie theatres) and so is the unmissable red-haired protagonist of the movie- Bryce Dallas Howard (movie-goers). Bryce Dallas Howard is the perfect cast for the movie and perfectly nails the role of the sensitive, smart, and dinosaur-loving, Claire Dearing. You can’t really take your eyes off her every time she comes on the screen. Especially now when she manages to look pretty and polished even when shabby while running for her life away from the dinosaurs.

That ultimately raised the question among the audience about the actress; That can’t just be makeup, right? Sure, in the movie, she is looking good in the dinosaur-chasing sequence because of make-up but outside of movies as well, she looks extremely pretty and hasn’t aged much even after being in the movie industry for almost two decades. So, plastic surgery has to be at play somewhere!

And seems like it is because if you look up Bryce Dallas Howard on the internet and scroll through her images, you will surely notice that those are just before and after pictures of her plastic surgery. She looks stunning in recent photos from her recent movie and she looked good in old pictures of her when she was young.

The Help actress has always been beautiful, now and then. But there is definitely a difference in how she looks now and then. She surely had plastic surgery but it’s not like you can pinpoint exactly a time when she started to look different because her appearance seems to be ever-changing but in the most subtle way possible.

Like her nose, for example. It appears to have gone through multiple stages to look like what it looks like now but the change is very noticeable when a side-by-side comparison is done of her recent pictures with the photos of her when she was 22. Her nose back then was wider with bumps and now it is much sharper with a slimmer bridge and narrower than before which is only common among Hollywood people.

In the opinion of an expert, Dr. Michelle Copeland, a plastic surgeon from New York he gave to  Life & Style:

“It looks like she’s had a rhinoplasty. Bryce’s nose is thinner and the tip is more refined. Her lips look fuller, suggesting a filler such as Juvéderm or Restylane.”

Though a nose job or possible multiple is the most obvious thing she’s gotten, it might not be the only plastic surgery Bryce Dallas Howard had had because her cheeks also look a bit different than before. It could be cheek fillers or implants that have made her cheekbones more prominent and plumper. Now it could be just the loss of baby fat in her cheeks that accentuated her cheekbones but she had had weight gain during her pregnancy and still, she had it sharper than others.

“Filler in the apples of her cheeks has given her a beautiful facial shape. It has widened her face at the cheekbones, giving her a youthful appearance. Bryce [also] appears to have had Botox, which has opened and brightened her eyes and kept her forehead smooth.”

And, as an afterthought, it must be because of the Botox injection the Rocketman star gets that there are no wrinkles on her face.

Another plastic surgery procedure Bryce Dallas Howard might have had is lip fillers. She looks poutier now than she did back then. Her lips are fuller than before.

However, all these are just speculations even if it’s based on the careful examination of pictures of her at different ages, and the change, especially the nose job is the most obvious. Because Bryce Dallas Howard has never admitted to having any sort of plastic surgery.