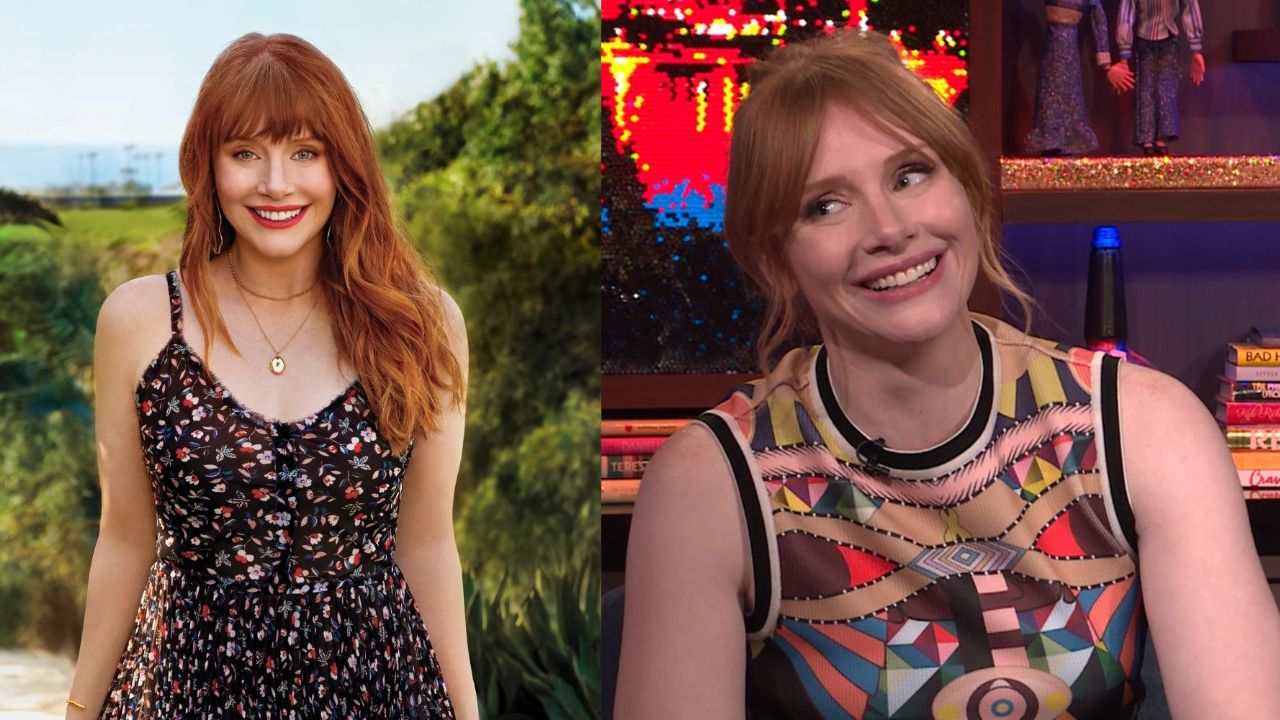 Bryce Dallas Howard decided to undergo a weight gain for her role of Lacie in an episode entitled Nosedive of Black Mirror. Lacie is a girl with body image issues who is battling an eating disorder while trying to squeeze into a much smaller dress. The character depicted a very harsh truth of women being pressurized to look a certain way, which is something Bryce Dallas Howard wanted to portray authentically, which is why the actress gained weight of about 35 pounds.

Bryce Dallas Howard is an American actress and film director, who most of you might know as Claire Dearing from the Jurassic World franchise. She happens to be the eldest daughter of actor and filmmaker Ron Howard. She started to act in 1999 when she left New York University’s Tisch School of the Arts to do Broadway.

The Black Mirror star made it onto the silver screen in 2004 when she caught the eyes of M. Night Shyamalan with her portrayal of Rosalind in a 2003 production of As You Like It and was cast as the blind daughter of a local chief in the psychological thriller The Village.

Her work in the screen adaptation of As You Like It earned her a nomination for the Golden Globes. She later worked with Shyamalan in the fantasy thriller Lady in the Water, where she played the lead role of a naiad who escapes from a fantasy world. She won a Screen Actors Guild Award for her excellent depiction of a racist socialite in the period drama The Help.

Howard has also done all kinds of movies; a superhero movie like Spider-Man 3, an action film Terminator Salvation, a fantasy film The Twilight Saga: Eclipse, a biopic like Rocketman, and adventure movies like Pete’s Dragon and Jurassic World. Her most commercially successful films are Jurassic World and Jurassic World: Fallen Kingdom.

Howard has also ventured into directing from behind the camera. Some of the projects she’s directed are the documentary Dads, and episodes of the Disney+ space fantasy series The Mandalorian, as well as The Book of Boba Fett.

Previously, we touched on the weight gain stories of CeCe Winans and Khabib.

One of the most critically acclaimed things Bryce Dallas Howard (@brycedhoward) has been in is Black Mirror, a British anthology series that is speculative fiction about technology that is set in near-future dystopias. She appears in the series in an episode called Nosedive.

The episode is set in a world where a citizen’s socioeconomic status is determined by their ratings on social media based on the interactions other people have with them.

Looking back on that particular episode of the series, the fact that the episode was trying to show just how much importance the modern world puts on social media and how much the number of likes, comments, and shares on it can make or break a person because of how they have begun to seek validation from social media was completely overshadowed in the talks. Every time Nosedive would be mentioned, Bryce Dallas Howard’s weight gain story is the likelier one to be rehashed.

Howard portrayed a woman Lacie Pound, a woman who is desperate to boost her social media score and raise it from a 4.2 rating to 4.5 for a discount on a luxury apartment. She hits the jackpot when she is invited to a wedding where she can meet a lot of people by her friend, as a maid of honor. She is sent a tiny bridesmaid’s dress by the friend she struggles to fit onto.

To portray the character of Lacie in an episode with a runtime of 63 minutes, the Jurrasic World star underwent a weight gain of about 30 pounds. To be more authentic to the role and with respect to the premise of the episode she was on, Bryce Dallas Howard decided that she would be gaining weight for the show.

She told that the backstory of her character was a huge part of the subtext of the story. The character quietly battled an eating disorder and was working to fit into a size four dress, which depicts the body image issues in that dystopian society that runs on rating on social media really well.

In the series, the character of Lacie, later on, goes through a crucial moment. The moment which Howard wanted to play like she was almost suffocating.

The daughter of Hollywood legend Ron Howard spoke of how in the culture we live in, there is a pervasive shared agreement that only a certain body type is to be admired. An agreement that is not actually based on anything real or substantive, and is a very superficial thing, that has a cost. Most women suffer as a result as they face the intense pressure to have a perfect figure for their social media pics.

That desperation that the majority of women go through is perfectly embodied in Howard’s Black Mirror role and is reflective on a grand scale in a social media-driven society where looks are valued at a premium.

The Help actor wanted it to be about image, and about how people want to control what other people think about them by trying to control themselves in ways that are harmful. She took it very seriously, which is why she decided to gain weight for the role.

To gain the role, Bryce Dallas Howard said that she ate around the clock. Eating would be the first thing she did in the morning after she woke up and also the last thing she did before she closed her eyes.

For the purpose of weight gain, she would have food by her food to munch on randomly without any care like she would get up in the middle of the night and have a chocolate bar.

After the performer was done with the Black Mirror role, she had to lose weight and be more athletic ahead of the shooting for the sequel of Jurassic World. For the reveal of weight gain, Howard trained a lot, used a rower, and did CrossFit. She did intense workouts which worked for her whilst being fun.