Buddy Valastro’s Weight Loss in 2022: Comparing His Before and After Pictures, the Former Cake Boss Star Looks Way Too Slimmer! 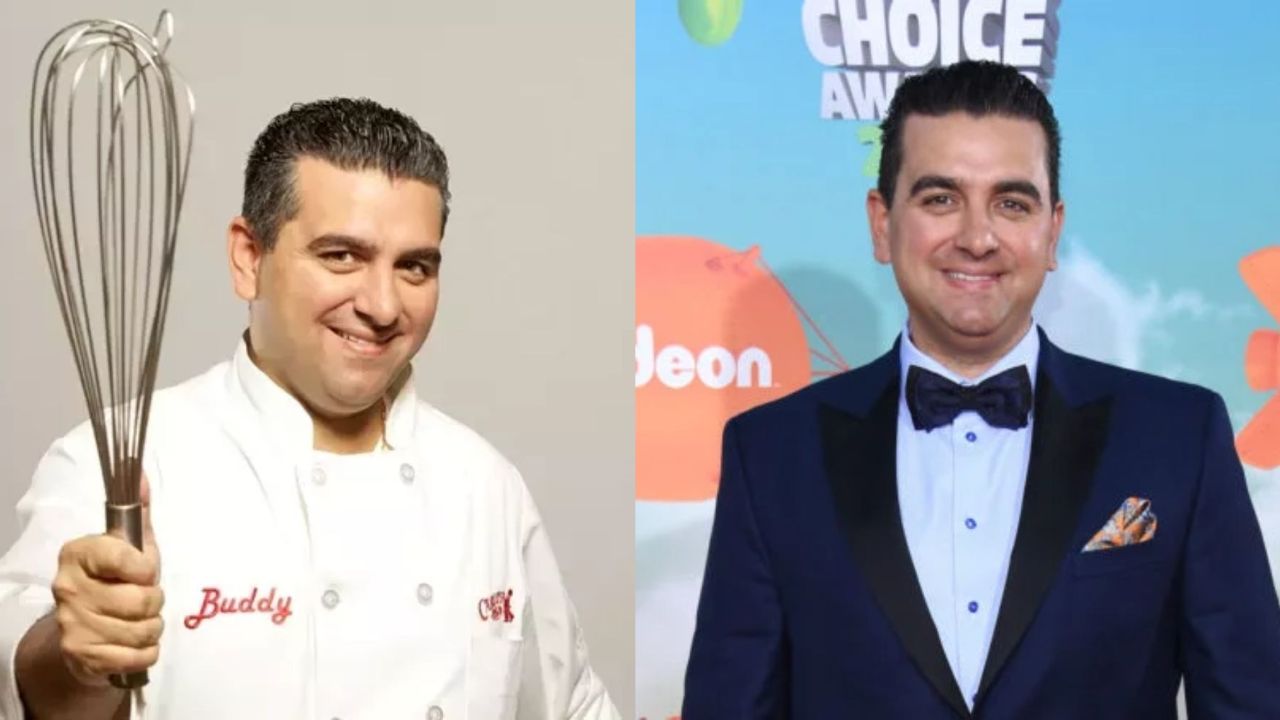 Buddy Valastro has undergone significant weight loss by using a popular weight-loss diet program named Optativa from Medifast Inc. Comparing his before and after photos, the former Cake Boss star seems to be very fit and fine in 2022.

Bartolo “Buddy” Valastro Jr. (born March 3, 1977) is an Italian-American baker and reality television personality. He is the proprietor of Carlo’s Bakery and the face of Buddy V’s Ristorante. Valastro is best known as the star of Cake Boss, a reality television show that debuted in April 2009.

Valastro was born and raised in both Hoboken and Little Ferry, New Jersey Along with his sister Grace, Mary, Maddalena, and Lisa Valastro. His mother was born to Italian-American immigrants in Altamura, Italy, and moved to New Jersey when she was six years old and his father, Buddy Sr., was born in Lipari, Italy.

Valastro is the owner and head baker of Carlo’s Bakery, which appeared on TLC‘s Cake Boss. Carlo’s has since opened 17 more bakeries as a result of the show’s popularity. The Hudson Reporter named Valastro as an honorable mention in its list of Hudson County’s 50 most influential people in January 2012.

Buddy Valastro just changed his image from Cake Boss to the weight-loss boss. On June 19, 2018, the TV star and bakery owner shared an Instagram photo with his wife, Lisa, which shocked the world. While Valastro’s appearance in the photograph was unsurprising, he appeared especially lean. So, people have been curious to know more about his recent body transformation and wonder about his weight loss journey!

Also, check out the weight loss stories of Remi Bader and Emi Hosoda.

The name Optavia may sound like a life insurance company or a high-end eyewear line, but it’s actually a popular weight-loss program from Medifast Inc. The Optavia program was named one of the top trending diets in 2018 by Google analysts, and it has also received endorsement from a celebrity adherent. Similarly, Buddy Valastro (@buddyvalastro), the former Cake Boss star, also revealed that he used the Optavia program for his significant weight loss in an Instagram post in 2018.

Posting a picture of himself and his wife, the star wrote, “A lot of people have been asking me how I’ve slimmed down lately so I just wanted to share that I’ve used the Optavia program.” Comparing his before and after pictures in 2022, Buddy now looks even slimmer than ever.

Optavia is a program that provides coaches (many of whom have gone through Optavia themselves) to help clients not only reach their goal weight but also develop habits for a healthy lifestyle in the long run. Valastro isn’t the only chef who has recently changed his appearance. Gordon Ramsay and Michael White, both celebrity chefs, have weighed in on how a professional food lover loses weight.

Nothing is officially off-limits on the diet in terms of restrictions. But it’s not exactly a walk in the park. The Optavia program restricts calories and advises participants to purchase special fuelings in order to lose weight. While Optavia programs have a reputation for being a short-term solution for rapid weight loss, the methods used in them aren’t always well received.

“In my experience, the calorie restriction on Optavia is far too extreme for most people — especially those who choose it as the first step in establishing a healthier eating pattern and lifestyle overall,” said Jaclyn London, M.S., R.D., CDN, a Registered Dietitian, consultant, and author of Dressing on the Side in New York City (and Other Diet Myths Debunked). While accountability and community are important components of any behavior change program, restricting eating patterns can lead to disordered eating habits and restrict binge-restrict tendencies in some people.

According to the company’s website, Optavia wants to incorporate health into their clients’ lifestyles. Customers can fill out a questionnaire, chat with a coach, and order a meal plan complete with snacks and recipes to help them achieve their lifestyle goals. To kickstart weight loss, they recommend eating six small meals per day and focusing on portion control, healthy snacking, and cooking meals with lean proteins.

Buddy Valastro, who is known for his elaborate cakes and baked goods, previously told PEOPLE that he frequently cooks at home and keeps a refrigerator fully stocked in his garage for any last-minute needs when his family decides to cook dinner. “Honestly, I don’t like to go out,” the celebrity chef said. He isn’t the only celebrity baker who has lost weight. Ace of Cakes star Duff Goldman revealed his dramatic weight loss, which he attributed to eating clean, riding his bike, and lifting weights.