Carrie Underwood’s Lips in CMA 2022: Did She Get Lip Surgery? Does Her Face Hint at Botox & Other Plastic Surgery? 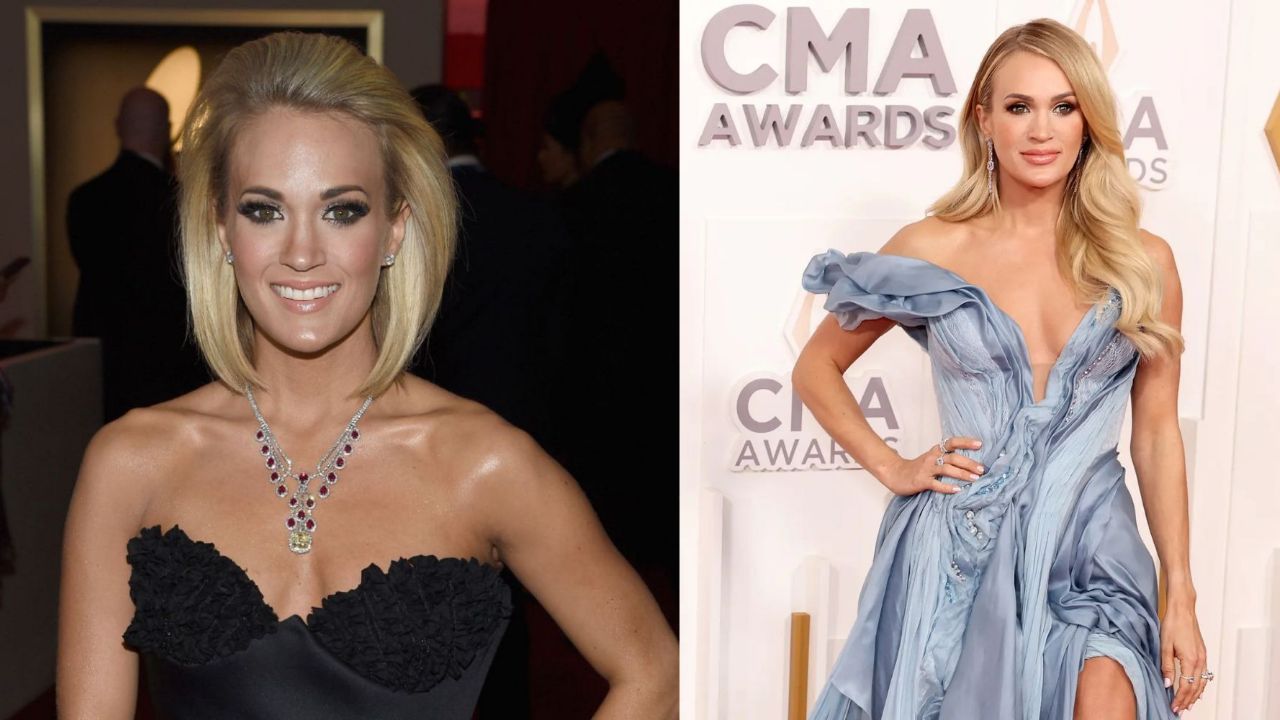 During Carrie Underwood’s performance at the 2022 Country Music Awards in Nashville, her lips appeared different, and fans believe the CMA performer has undergone plastic surgery and Botox to enhance her lips and face. However, the singer denies the speculations and claims she underwent an accident and had to get 40 stitches on her face. Carrie Underwood also stated that the allegations of her getting lip injections are just sad.

Carrie Underwood is a country singer from the United States. This star, who is from a tiny village, rose to fame after winning a reality show. While some of her songs are spiritual in nature, the majority of her songs are about the many dimensions of love. There were many female country singers who had already built a name for themselves when she made her debut, but she took on the challenge.

She has a sizable fan base outside of America as well, in Canada, the United Kingdom, and Europe. Despite receiving such praise, her songs have been critiqued for sounding too similar. Nevertheless, she frequently participates in charitable endeavors and has made good use of her celebrity profile. She is a fervent supporter of homosexual marriage, an animal rights activist, and someone who raises money for cancer research.

Carrie Underwood attends the 56th annual Country Music Association Awards on November 9 in Nashville, Tennessee. Her appearance at the CMA garnered online attention, putting her in the spotlight. Fans are wondering online if she has undergone surgery because her nose doesn’t look like how it used to look in the past. Learn everything there is to know about Carrie Underwood’s lips in CMA in 2022.

Previously, we touched on the plastic surgery efforts of Jennifer Aniston and Drake.

Carrie Underwood’s Lips in CMA 2022: The Country Singer Denies All the Allegations of Plastic Surgery!

During Carrie Underwood‘s (@carrieunderwood) performance at the 2022 Country Music Awards in Nashville, some fans noticed something was somewhat odd about her appearance; her lips appeared different, and supporters assume she has undergone plastic surgery to change her lips and fans online suspect that the singer had lips injection to enhance her lips.

Even though people first started noting something odd about Carrie’s appearance at the 2022 CMAs, it has been discussed before. In a letter to her fan club members, as reported by People, Carrie explained the reasons behind the little change in her appearance.

She described how some horrific injuries were caused by a freak fall outside her home. Her wounds were so bad that she had to skip the Nashville Country Rising show that year because it was only a few weeks after she was hurt. She stated:

In addition to breaking my wrist, I somehow managed to injure my face as well. I’ll spare you the gruesome details, but when I came out of surgery the night of my fall, the doctor told [Underwood’s husband] Mike that he had put between 40 and 50 stitches in.

If anything, Carrie’s injuries have done little to slow down the pace of her career. Since its release on June 10, 2022, Carrie’s most recent album Denim & Rhinestones has received praise from both critics and fans. Despite some negative comments regarding her appearance, fans appeared to adore her performance at the 2022 CMA Awards.

Some fans online claim that the singer is using her accident as a cover for the plastic surgery procedures that she underwent and is lying to the people that her lips and other parts of her face have changed due to a freak accident. Carrie defended the story of her injury in a 2018 interview with Redbook Magazine, refuting claims that it was a fabrication used to conceal elective plastic surgery procedures. She stated:

I’m on some magazine every other week for something crazy. It’s a little sad because the truth is just as interesting. I wish I’d gotten some awesome plastic surgery to make this [scar] look better.

Following her 2017 mishap in which she slipped and fell outside of her Nashville home, requiring 40 stitches in her face, the Ghost Story singer denied making any changes to her look. In an interview with Redbook the following year, she referred to rumors over her appearance as sad.

So, it might be true that the singer never went under the knife for cosmetic enhancement and the changes might just be the symptoms of her aging and cosmetics, as cosmetics have come a long way now and it can alter one’s appearance drastically.