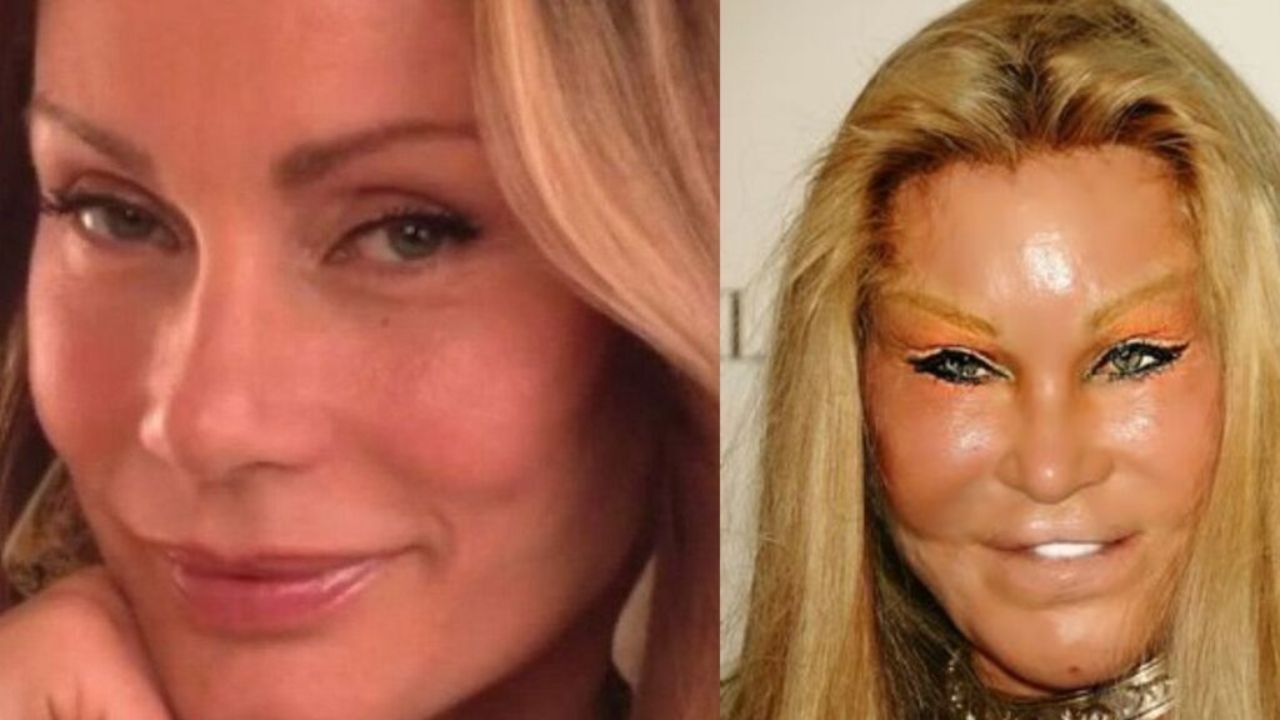 Jocelyn Wildenstein is an American socialite well-known for her numerous cosmetic procedures, which gave her a cat-like appearance. She was born on September 7, 1940, in Lausanne, Switzerland, and is 82 years old as of 2022.

Her father was a sports goods salesperson. She began dating Swiss Cyril Piguet, who produced the 1964 film Un commerce tranquille when she was 17 years old. Later, she shared a home in Paris with French-Italian director Sergio Gobbi.

During a shooting weekend at the Wildenstein African ranch, Ol Jogi, a Saudi arms dealer introduced her to Alec N. Wildenstein, of the affluent family of well-known art dealers. When both Jocelyn and Wildenstein were in their 30s, they got married and had two kids together.

The divorce of the Wildenstein’s in 1999 was not amicable. When Jocelyn entered the Wildenstein New York residence, her husband was in her bedroom with a 19-year-old Russian model, threatening her with a gun. Alec Wildenstein spent the night in jail as a result of this. Throughout the hearings, Marilyn Diamond, the presiding judge, received death threats in the mail.

Jocelyn hired Ed Rollins for help with her public relations efforts and, on various occasions, both Bernard Clair and Kenneth Godt for legal advice. Jocelyn Wildenstein is well-known for having plastic surgery, which gave her a cat-like appearance. Let’s learn more about Cat Woman’s (Jocelyn) plastic surgery.

Previously, we touched on the plastic surgery efforts of Chloe Grace Moretz and Kelly Ripa.

American socialite Jocelyn Wildenstein (@jocelynwildenstein) is well-known for her plastic surgery, which gave her a cat-like appearance, and is often referred to as the cat woman. She developed a surgical addiction while she was still married to Alec Wildenstein, her ex-husband. She decided to undergo surgery to win back the self-professed cat lover’s heart because she was afraid he would leave her.

Since starting her plastic surgery adventure, Jocelyn Wildenstein is thought to have had canthopexy, a procedure that elevates the eyes to give them a cat-like appearance. Images from before the operation showed what a remarkable change she has undergone. A cosmetic surgeon claims that she underwent extreme surgery including upper and lower eyelid surgery, a brow lift, a facelift, lip augmentation, face Fillers, and chin augmentation.

As per Daily Mail, the wealthy socialite Jocelyn Wildenstein reportedly spent more than $4 million on plastic surgery to resemble the exotic wild cats she adores. Jocelyn has frequently been referred to in the media as Cat Woman because of this pastime.

Adnan Khashoggi, a millionaire Saudi arms dealer, introduced Jocelyn to Alec in 1977. On Alec’s Kenyan game ranch, they fell in love while lion-hunting good old billionaires! He was a billionaire in the 1970s. During the marriage, she kept a lynx as a pet, and she told Vanity Fair that she thought it had beautiful eyes.

While her cosmetic alterations initially succeeded and revived their romance, the pair later parted in 1997. The judge determined that Jocelyn could not use any of the alimony she received from Alec for plastic surgery as part of the terms of her 1999 divorce agreement with him.

Jocelyn Wildenstein focused on her plastic surgeon once she was a single woman, and the rest is history. Looking at a video, you can see how drastically her face has changed. Jocelyn developed an obsession with her opulent lifestyle and huge cats and decided to combine the two.

Her arrest is the newest strange event in the life of the blonde person, who has changed so much from the person she formerly was. Her eyes have been pulled up and back, and she has had her face lifted and many silicone injections made into her lips, cheeks, and chin to make her look more feline.

Although Jocelyn Wildenstein reported that her grandmother had cat eyes and high cheekbones, her face tells the picture of someone who is self-conscious about her appearance and has a negative attitude. Despite her careless spending, Wildenstein would, as you might expect, deny any involvement if you asked her how she lost all the money. In her divorce settlement, Wildenstein won $2.5 billion as well as $100 million every year for the next 13 years.

Nobody wanted to look like Cat Woman, even though many women find dressing up beautiful. She is the most dreadful female. Accept it as it is because it is a gift from God.