Chris Brown's Weight Gain After Jail: Prison Got Chris Brown to Go From 180 lbs to 215 lbs! 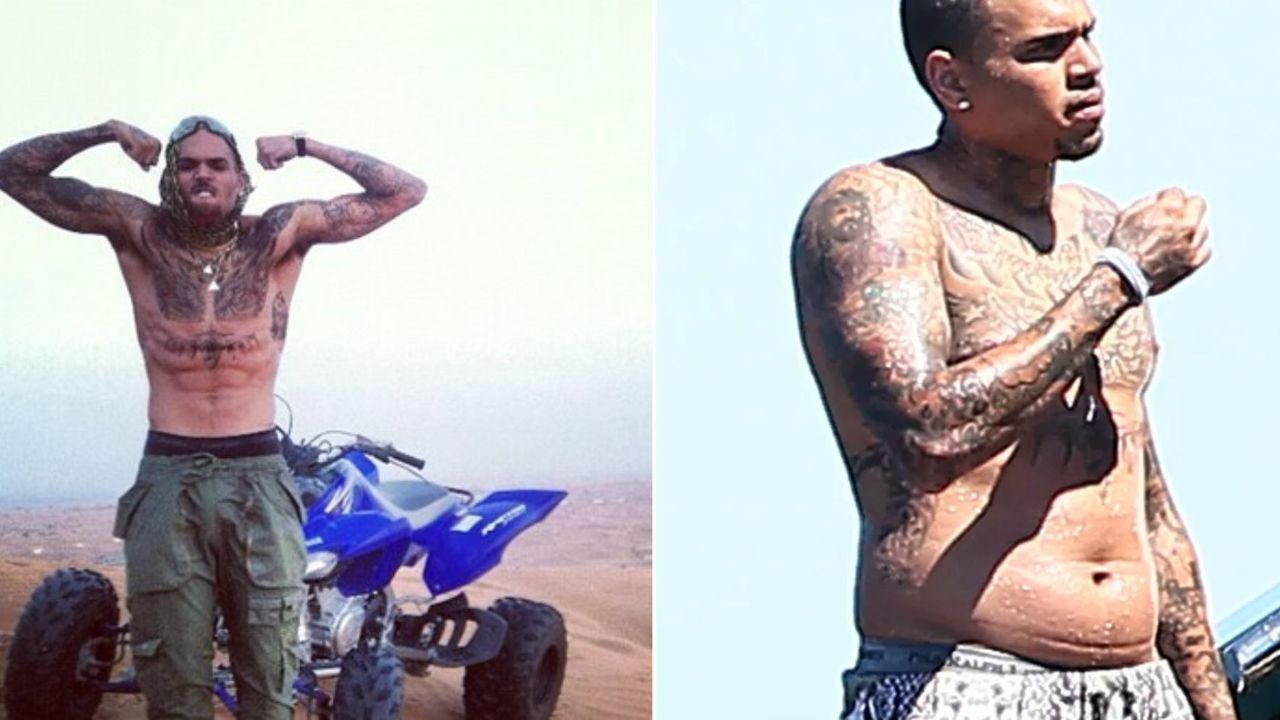 Has Chris Brown gained weight in 2022? Used to seeing him in his best form as an incredible dancer and an athletic celebrity, Chris Brown's weight gain after jail shocked the crowd. The time in prison not just affected him morally but changed the artist physically as well. Running from the Paparazzi the weight gain wasn't all easy for Chris!

Tumultuous yet incredibly gifted and dubbed the unbeatable prince of R&B for his polyhedric R&B musical style influenced by hip-hop, pop, and other genres, Chris Brown is one of the most influential and popular African-American singers of all time.

A musical sensation with a sultry voice and dexterous dancing, Chris Brown never failed to stun his fans with his music, however, at times his turbulent personal life has overshadowed his fame.

Chris Brown, a small-town native, first fell in love with music and dance because of his idol Michael Jackson. Chris worked hard and produced a ton of hit songs, including With you, No guidance, and many others as he rose from performing in the church choir to being on Billboard.

To date, he has sold more than 100 million albums and singles worldwide. Chris Brown is one of the world's best-selling artists with a Grammy, 15 BET Awards, four Billboard Music Awards, and six Soul Train Music Awards.

Releasing bangers after bangers mesmerizing the fans with his soulful voice, there's quite a lot to be talked about Chris with his new controversies and the old ones which resurface time and again. However, this time it's about his weight gain, which led him to add some extra pounds. So, here is all we know about Chris Brown's weight gain.

Previously, we touched on the weight gain efforts of Drew Barrymore and Adam Lambert.

Being a dancer and a basketball player, Chris Brown is always in his best shape. However, there was a time when he gained quite the weight and it was when he was in prison.

Spending 108 days in jail, Chris Brown put on 35 pounds. The singer discussed how self-conscious he felt after gaining 215 pounds from 180 in multiple interviews. After being released from prison, Brown told Extra that he was terrified to go out because he believed he would be mistaken for being overweight.

With visible belly fat and a chubby face, Chris's weight gain became something he was insecure about. This led the star to avoid encounters with Paparazzi for quite some time.

The Fine China singer said that his regular weight was approximately 180 and he was 215 when he got out of jail. He further added that he was unable to fit into his clothes or jeans which confirmed his obvious weight gain. Chris also admitted that he was afraid to go outside. "Man, everyone will see me and I look fat," he thought.

Brown also discussed how going to jail and getting counseling improved him. He revealed that it was unquestionably among the experiences he'll never forget. The RnB artist said that for him, he recently discovered that nobody is invincible, everyone is equal, at the same time, no amount of famous status, no amount of how many followers you have, no amount of anything will prevent you from the real if you make a mistake, and nobody is excusable.

Looking at Chris Brown's pictures from before and after he gained some pounds, it can be said that the jail life got to the phenomenal artist. Chris has been a part of numerous violent incidents over the past ten years. The first of these was the assault on Rihanna, his then-girlfriend, in February 2009, the night before the Grammy Awards, for which he pleaded guilty and received a five-year probationary sentence as well as 1,400 hours of community service and counseling.

After being expelled from a facility where a judge had mandated he remain during his 90-day therapy, he was arrested. He was imprisoned in May and later given a 131-day term for violating his probation; he was released early on June 2, 2014, but he continued to be on probation.

Chris Brown Now: Losing Weight and Getting Back on the Game!

Soon after release from jail, the first thing Brown did was work on his body. He lost 15 pounds of weight and was soon back with his healthy body. Chris does adhere to a pretty rigid 1500-calorie diet.

As per his physical efforts, the singer pretty much workout dancing, playing basketball, and other various physical activities. His most recent picture shows a lean Chris who has maintained a healthy weight. He looks comparatively healthy and in his best shape.

As per what the talented singer is up to now, Chris Brown recently released his new album Breezy on June 24. A list of the album's collaborators and the cover image were recently given by the rapper. Breezy contains collaborations with Lil Wayne, Tory Lanez, Lil Durk, EST Gee, Bleu, Ella Mai, H.E.R., WizKid, Bruno Mars, and Anderson. Paak, and more over its 24 songs

With the debut of the music video for WE (Warm Embrace), Chris Brown earlier this week ignited the internet. Normani, who is Chris Brown's muse throughout the album, made a cameo in the project's debut song video. While many fans were excited and thrilled to see the collaboration, the rest weren't happy with Normani's association with Chris who has a scandalous reputation.