Chris Pine’s Plastic Surgery: Did The Don’t Worry Darling Cast Go Under The Knife? Look at the Before and After Pictures! 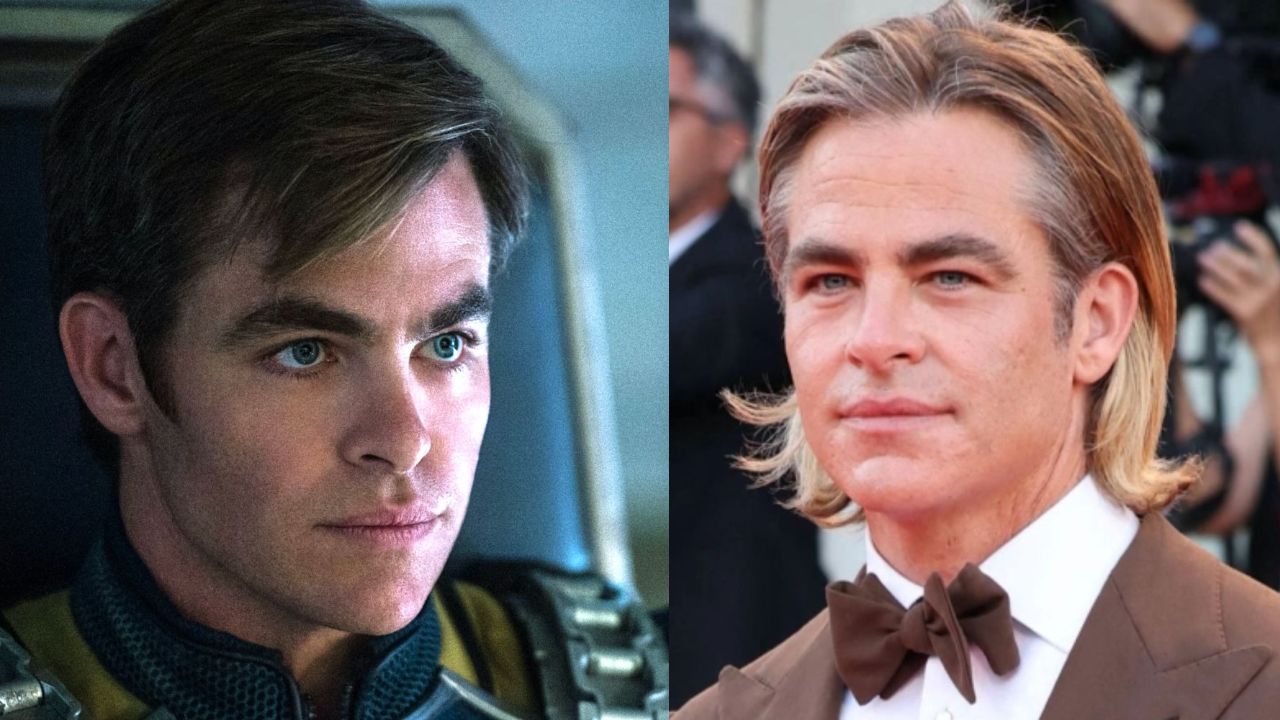 Chris Pine’s plastic surgery speculations started again in the midst of the chaos that was the premiere of his upcoming movie Don’t Worry Darling at the 2022 Venice Film Festival. Fans believe that Chris Pine only looks the way he does (young for his age) because of Botox, eyelid surgery, facelift, and lip job. The Don’t Worry Darling cast has never acknowledged, much less confirmed those plastic surgery speculations.

So Chris Pine‘s latest Don’t Worry Darling is coming to the theaters on September 23. Ahead of the theatrical release, it was premiered at the Venice Film Festival 2022 and the backstory of the movie is that it has already generated tons of controversies and negative PR with speculations of a feud between the lead actress Florence Pugh and the director Olivia Wilde, and the exposé of Wilde as a fake feminist with the video uploaded by Shia LaBeouf where she was asking him to stay on the film when she had claimed that she had fired him in order to protect Pugh from abuse.

Olivia Wilde had been taking most of the hits of the negative PR and then enter the Venice Film Festival 2022. The premiere of the movie at the festival created memes and much-debated moments, all with Chris Pine at the center of it. Whether it’s his reaction to Harry Styles saying about Don’t Worry Darling, “The thing I like about the movie is that it feels like a movie,” or him putting on his sunglasses just as the lights went down in the theater.

Especially the internet’s got its new favorite meme of Chris Pine’s reaction to Styles speaking. As the actor was zoning out as his costar was talking which the internet found absolutely hilarious, the people zoned in on him. He took all the attention away from Styles who was speaking by just doing nothing and being next to him. As he was just sat there next to Harry Styles, people couldn’t help but marvel at how gorgeous he looked. They were just wondering how could anyone look that fine at his age. Obviously zeroing in on someone’s appearance is never not followed by speculations of plastic surgery. So, there it was!

Previously, we touched on the plastic surgery efforts of Venus Williams and Famke Janssen.

Chris Pine is believed to have had plastic surgery including Botox, eyelid surgery, facelift, and lip job.

Right now, everywhere on the internet, it’s like Chris Pine, Chris Pine, Chris Pine! “Like did Harry Styles really spit on Chris? Did Pine really put on his sunglasses as the movie started? I thought Pine was Pugh for a second (in the press conference which Pugh skipped). It’s so cute Chris is acting like Florence’s paparazzi.” So, largely there has been a lot of attention on the actor.

With all the Don’t Worry Darling drama going on which put the actor in the spotlight, people were just unable to wrap their heads around the fact that he has been around all along since his debut in The Princess Diaries 2: Royal Engagement in 2004 which was 18 years ago and he still looks the same with just a few wrinkles and lines here and there, they could not help but think that he had had plastic surgery and he hasn’t aged naturally.

This is not the first time Chris Pine has been thought to have had plastic surgery. Back in 2016 when he walked the red carpet for the launch of his upcoming movie at the time Hell or High Water, there were talks that he did not look natural. People couldn’t exactly point out what it was. But he had a few wrinkles on her forehead then. So, people thought that it was not Botox he had but fillers. Also, it was his pillowy complexion that made the difference so, it had to be fillers.

However, in the following years, Chris Pine reverted to his natural looks where he looked like before. Did he undo plastic surgery? He must have dissolved the fillers. For quite a while, there were absolutely no talks about him undergoing any sort of plastic surgery because he looked very fine and natural. Very youthful with minimal wrinkles on his forehead and very few lines on his face. But for a man his age (he is in his forties now, by the way), that itself was kind of unnatural.

So, when 2022 came and this all Don’t Worry Darling chaos ensued giving rise to Chris Pine memes, plastic surgery speculations started once again. He looked quite good for his age, quite a smooth face and very few wrinkles and no lines on his face at all. Especially, the area around his cheeks, glabella, and chin looked much finer as compared to the other regions of his face and body. This made people think that he had tastefully done Botox.

Fans also thought that Chris Pine had some sort of eyelid surgery. They think that he had removed the eye bags from his lower eyelid and the extra skin from his upper eyelid which had partly given him a very youthful appearance. Well, he has those young eyes to be fair! So, it has to be plastic surgery because I don’t think he’s the kind of guy who would keep Fountain of Youth to himself if he ever found it.

Also, in March 2022, Chris Pine grew a beard and began sporting his gray stubble in which he looked dashing like always. But people think there’s more to it than just looking cool in the beard. Fans think he grew and then used the beard to hide his scars from when he got a facelift.

And about his lips, there used to be discussions about how Chris Pine had weird-looking lips. A fan wrote in a movie chat forum that his upper lip looked just off since his Star Trek days while another replied that it had nothing to do with plastic surgery because it was just the way he pouts.

Chris Pine has never confirmed any of these speculations of plastic surgery, never bothered to acknowledge them.