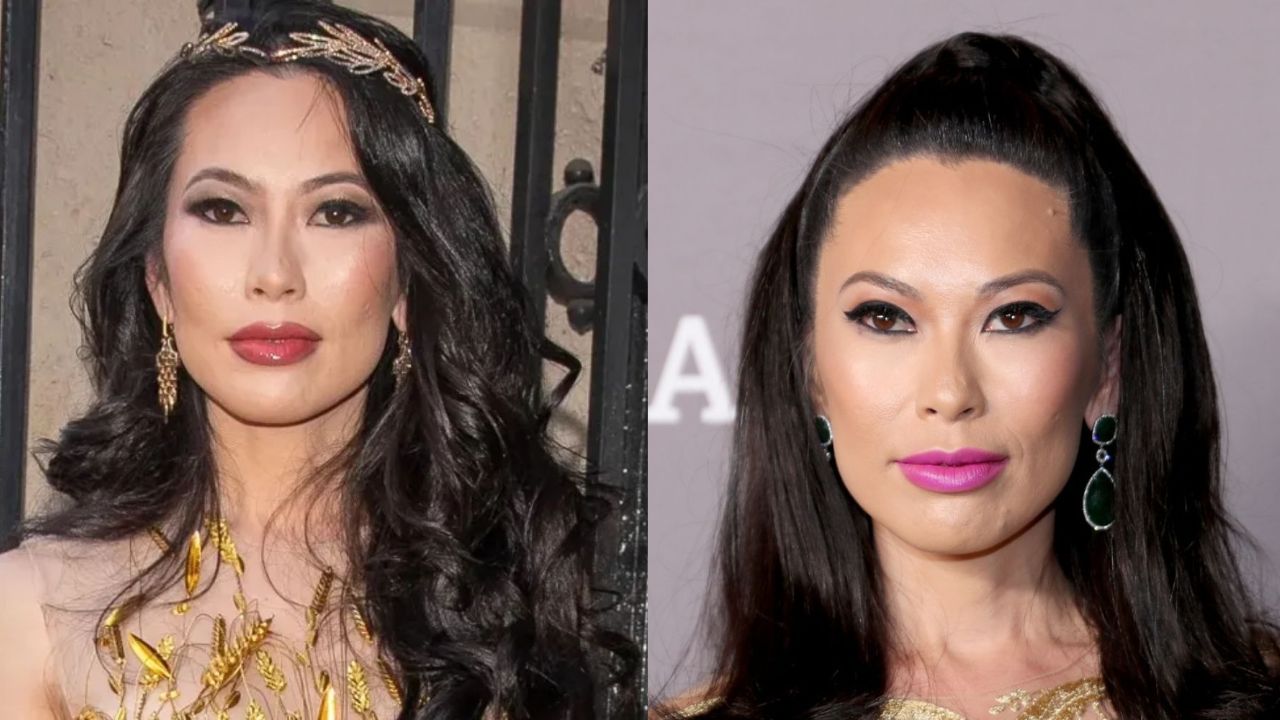 Christine Chiu from Bling Empire has revealed every plastic surgery procedure she has had in full detail in an Instagram post. She confirmed all the plastic surgery speculations of Botox, fillers, EmSculpt on her abs and arms, and butt, as well as breast implants. Christine Chiu however did not mention having double eyelid surgery which lots of fans, who believe she wants to look more Western, suspect. She co-owns a luxe medispa in Beverly Hills with her celebrity plastic surgeon husband Dr. Gabriel Chiu.

The tides have turned favorably for Christine Chiu and she has quickly become a fan-favorite in the Season 3 of Netflix‘s Bling Empire when she used to be seen as the ‘villain’ and called out for being fake and constantly trying to one-up Anna Shay. The viewers seem to have developed an appreciation for her from the time she talked about going under the knife. All the casts were speculated to have had work done but nobody was as candid about it.

They commend how the reality star admitted to having plastic surgery and how she was so real and open and unapologetic about it. In doing so, she created a healthy discourse about cosmetic procedures and people making decisions about their own bodies. Let’s take a look at Christine Chiu before plastic surgery and the procedures she had!

Previously, we touched on the plastic surgery efforts of Jennifer Beals and Loretta Lynn.

Christine Chiu’s Plastic Surgery: The Bling Empire Star Looked Different Before Surgery; Check Out Her Before and After Pictures!

Christine Chiu (@christinechiu) has never shied away from the fact that she is not all-natural and has had plastic surgery. She has opened up about the procedures she has had – Botox, fillers, Emsculpt on abs and arms, Emscuplt on the butt, and breast implants. Some people think she has had a double eyelid surgery as well. But she has never confirmed that one. Maybe because she hadn’t had one.

Viewers of Bling Empire could not help themselves from making speculations about the casts’ plastic surgery. They all look stunning but in a non-natural way. Plus, they often make jokes about their fillers and call each other ‘faker than your boobs.’ So, there was bound to be curiosity among them about the cosmetic procedures they had had.

People are especially curious about Christine Chiu’s situation because after all, she’s married to Dr. Gabriel Chiu – a popular Beverly Hills plastic surgeon. Bling Empire’s casts had never been the ones to act coy about plastic surgery (they made jokes about it) but still, fans were interested to know how Chiu would take the speculations of cosmetic procedures.

Surely, the reality star couldn’t be against plastic surgery seeing as it is her livelihood (she co-owns the luxe medispa in Beverly Hills with her Dr. Gabriel Chiu). And there it is that she has admitted that she loves their practice and it’s the excitement of discovery and transforming lives and skin and bodies that really keeps them going and that is her high.

But would she be as open to admitting the plastic surgery she’s had? It’s not a question about whether Christine Chiu has had it because she definitely had it. In Bling Empire Season 3, there were jokes about her boob job and mentions of her fillers. Also, she once shared a throwback snap of herself at college in which she looks completely different from the way she looks now. It was a question of whether she would just joke about it or be real about it when it came to accepting that she has indeed gone under the knife. And fans also wanted to learn if her doctor was Dr. Gabriel Chu.

Well, Christine Chiu didn’t disappoint her fans by acting too pretentious about plastic surgery and confirmed every procedure and laid them out in full detail in an Instagram post. She did give deets about what she had gotten done over the years as the ‘perks’ of being married to a plastic surgeon for those who were wondering about it.

Christine Chiu posted a series of pictures and videos from her cosmetic procedures, including Botox, lip fillers, and Emsculpt, and captioned it,

“Here’s the scoop: started #Botox or #dysport in my early 30s for fine lines and wrinkles on my forehead, as well as for the “11s” between my eyebrows… #juvederm or #Kysse lip fillers for both upper and lower lips, started maybe 2-3 years ago. #Emsculpt on abs and arms because I’m addicted to In-n-Out burgers. Emsculpt on butt because I’d love a #BrazilianButtlift but @drchiubhps refuses to give me one #BreastAugmentation in college and I’m still sporting the same #implants.

She, however, did not mention having double eyelid surgery which is something a lot of viewers who believe she got the cosmetic procedures to look more Western suspect. Maybe they were wrong about that one.

Christine Chiu also took care to mention that the way she looks is not all due to plastic surgery and made sure to thank the creative geniuses in makeup artistry and weight losses and gains along the way! She also shut down the trolls shaming her for going under the knife saying,

Cosmetic age management is a personal decision and I support men and women doing what makes them look and feel better, so as long as it’s done safely, with a qualified practitioner, and in moderation.

It was great how Christine Chiu stood up for people who made the decision of getting plastic surgery on their own bodies but the mention of getting it done safely with a qualified practitioner was ironic considering there had basically been allegations of malpractice against her husband Dr. Gabriel Chiu and he was sued for ‘negligently and carelessly’ treating a patient suffering from post-surgery complications according to The Sun. The case was later settled but still.