Cris Cyborg’s Husband: The MMA Fighter Was Married to Evangelista Santos; Now She’s Engaged to Ray Elbe; She Has No Husband, Just a Fiance Currently! 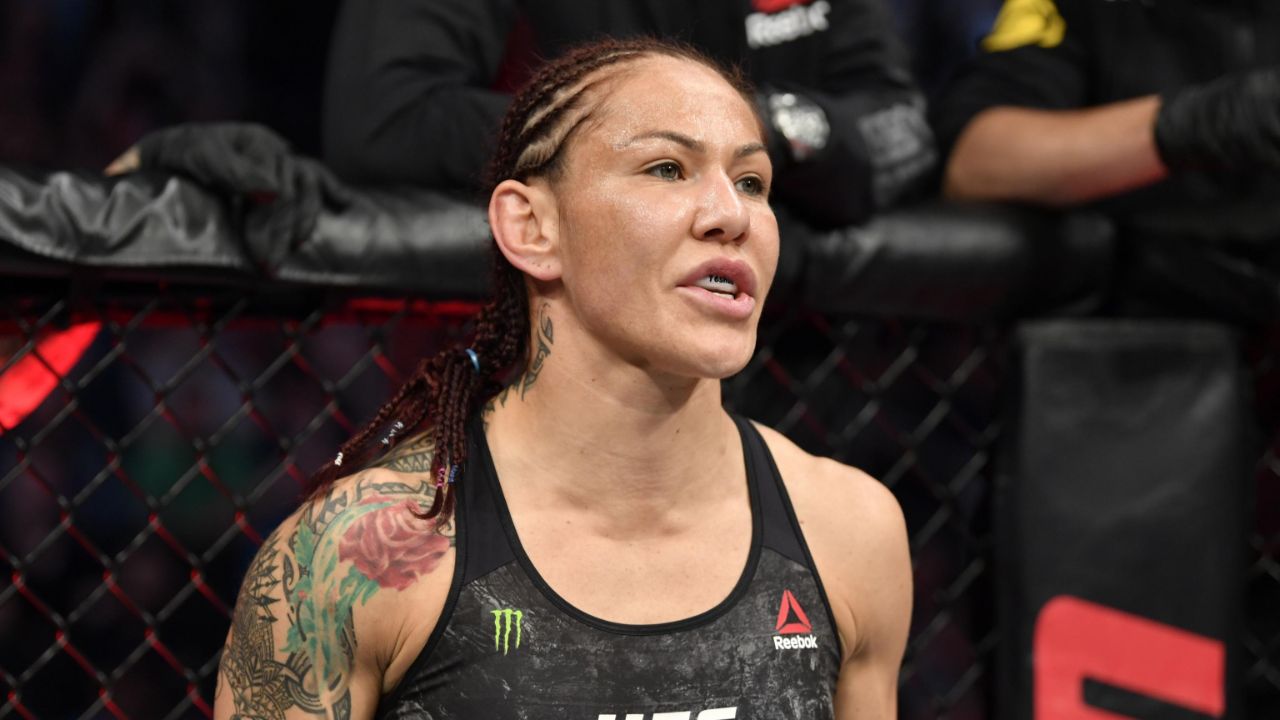 Cris Cyborg does not have a husband as she is not married right now. She is engaged to Ray Elbe, yet to get married. Prior to her relationship with Elbe, she was married to Evangelista Santos from 2005 to 2011. Cris Cyborg’s former husband was also an MMA fighter like her but he had to retire in 2016 after a head injury where his skull was fractured.

Cris Cyborg is one of the strongest and therefore most successful female MMA fighters there is. She holds the title of Bellator Women’s Featherweight Champion and she is also a former UFC, Strikeforce, and Invicta FC World Featherweight Champion. That’s why it is easier to get immersed into her professional life and just appreciate her for being one of the greatest female mixed martial artists of all time and miss her personal side of things.

Especially the kind of things like she’s been married and divorced. There was already a discourse about how people thought she was transgender because she looked very masculine. This has effectively turned people away from knowing about her relationship status. But since she was once a married woman, let’s learn about who Cris Cyborg’s former husband is and if she is single right now!

Previously, we touched on the relationship status of Talia Jackson and Chris Brown.

Cris Cyborg’s Husband: She is Not Married, Just Engaged!

As of now, Cris Cyborg (@criscyborg) does not have a husband because she’s not married to anyone. But she sure isn’t single either. And she isn’t just dating. She is an engaged woman now. Engaged to Ray Elbe, a former professional mixed martial artist who holds a professional MMA record of 23-11. He competed in the welterweight division in many organizations throughout his career. sixteen of Elbe’s twenty-three wins came via submission.

Ray Elbe, Cris Cyborg’s future husband (nobody knows when they are going to be married though because they have been engaged for about five years now), was born on December 9th, 1982. He started training in Mixed Martial Arts while he attended Grand Canyon University in Phoenix Arizona. He continued his training and worked hard on it day and night to become a professional athlete all the while he was obtaining a degree in Elementary Education.

Ray Elbe also learned Vale Tudo under WEC Bantamweight veteran Del Hawkins before he found Macahdo Purple Belt Steve Hochuli who taught him Jiu Jitsu. After training under Hochuli, he went far with Brazilian Jiu-Jitsu techniques. He even got a black belt at it and he began to define his fighting style in the MMA with Jiu-Jitsu techniques.

Cris Cyborg’s second husband (they are engaged, so not being too assuming) made his professional debut in MMA fighting in November of 2002. His professional fighting career spanned only about a decade because he could not continue fighting after his injuries, specifically the knee injuries. He retired in 2010 when he was on a six-fight winning streak at the time of retirement, having won his last three fights via round-one finishes.

Now, Ray Elbe is a Brazilian Jiu-Jitsu practitioner and coach. And there’s not much to be known about him because it looks like he went into hiding as he has maintained no social media or maintained only a private one.

The only thing we know about him is that he is going to be Cris Cyborg’s husband any day now. She announced her engagement to him in 2017. They had been dating for a long time before they got engaged. Before she started a relationship with Ray Elbe, she was married to another MMA fighter Evangelista ‘Cyborg’ Santos.

Cris Cyborg’s Former Husband Evangelista Santos; The Former MMA Fighter Retired After His Head Injury and Damage to his Skull!

Evangelista Santos (@cyborgdossantos), Cris Cyborg‘s former husband, is a Brazilian retired mixed martial artist. Santos fought in literally every organization, he competed for Strikeforce, he did it for Bellator MMA, the PRIDE Fighting Championships, he fought in Cage Rage, International Vale Tudo Championships, Pancrase, Jungle Fight, Legacy FC, and World Victory Road, and everything else during his career as a professional which lasted from 1997 to 2016. It can be no surprise from his versatility that he is known for his exciting fighting style. 24 of his 39 career bouts ended via knockout.

Such a great fighter and he had to stop shortly after he took a knee to his forehead in a fight with Michael ‘Venom’ Page, which resulted in a frontal sinus fracture. It looked horrific because his forehead was literally dented with Page’s knee that came flying and then crashing into it. Cris Cyborg was very supportive of her former husband during this entire ordeal with his head injury even when they were no longer together. He told her he would be back soon, in three months, but that soon never came. Now, he is coaching in his own gym in Texas.

Cris Cyborg separated from her former husband Evangelista Santos in December 2011. According to a report from the Brazilian website UOL Esporte Lutas, she announced their divorce saying that they were living their lives separately. She didn’t give the reason behind choosing to split that way, though.

But the separation came at a time when she was suspended and stripped of her title after she failed a drug test in her fight, and her former husband lost his two fights to Nick Diaz and Jordan Mein. Both of them were clearly not in a good place then.