Dakota Johnson’s Plastic Surgery: What Happened to Her Teeth? Before & After Pictures, Tooth Gap, Skincare & More! 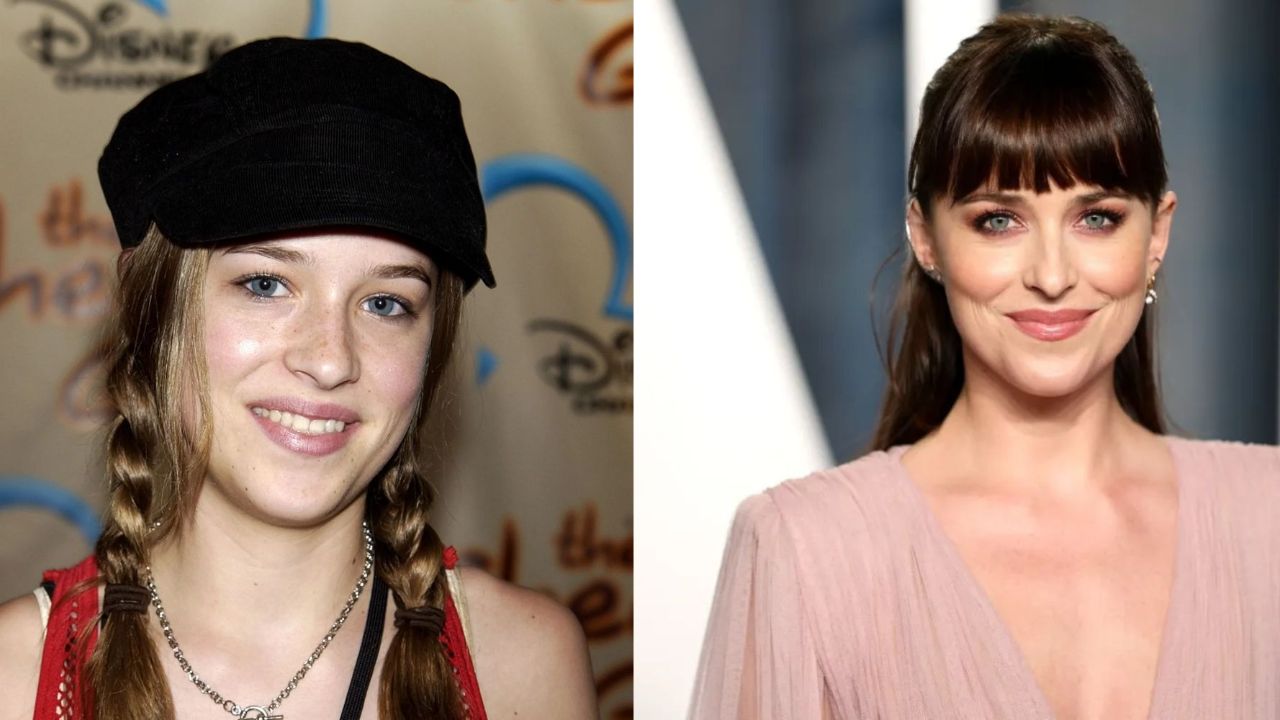 Dakota Johnson is back with her new Netflix movie, Persuasion, and viewers wonder if she has undergone plastic surgery as she looks young. Some believe her skincare routine is her secret, while others believe she has undergone rhinoplasty, eyelid, brow lift, and boob surgery. Furthermore, she also fixed her tooth gap. She had a permanent retainer since she was 13. However, her teeth and smile look perfectly fine in 2022. Follow the article to know more about Dakota Johnson’s plastic surgery rumors with before and after pictures.

Dakota Johnson is an American model and actress best known for her performance as Anastasia Steele in the erotic-romantic-drama film Fifty Shades of Grey and its two sequels. Dakota made her acting debut in the 1999 movie Crazy in Alabama, which was directed by her stepfather Antonio Banderas and starred the actors like Don Johnson, Melanie Griffith, and Tippi Hedren.

In 2006, Dakota was chosen as Miss Golden Globe. IMG Models was where she started her modeling career. She started her acting career through William Morris Agency after graduating from high school. Her first commercial success came with the American biographical drama movie The Social Network in 2010, which was followed by a number of movies like Beastly and 21 Jump Street.

Her breakthrough role as Anastasia Steele in the worldwide smash blockbuster movie Fifty Shades of Grey gave her widespread acclaim. She gained even more renown by playing the same part in the successful sequels of the movie, Fifty Shades Darker and Fifty Shades Freed.

Recently, Dakota Johnson starred in the Netflix original, Persuasion. The movie was released on July 15, 2022. Many viewers speculated she might have undergone plastic surgery as they found her appearance a little enhanced. Similarly, they also found her teeth fixed. Well, here is the detail about her transformation.

Previously, we touched on the plastic surgery efforts of Julie Chen and Dorit Kemsley.

Has Dakota Johnson Undergone Plastic Surgery? What Happened to Her Teeth? Before & After Pictures, Tooth Gap, Skincare & More!

Modern plastic surgery has risen in popularity around the world since it first emerged in the late 1960s. It is currently regarded as normal and widely accepted.  Cosmetic surgeries are not nearly as uncommon as they once were, as seen by celebrities who have been open about their procedures and reality television shows about plastic surgery addiction.

Dakota Johnson (@dakotajohnson) spent a lot of time, even before she was a teenager, attending film premieres and mixing with renowned celebrities. Her transformation from a youthful teen to a star in the beauty industry has been well-documented in images over the years. As a result, some speculators believe she might have undergone some plastic surgery procedures.

More than just a rumor, this question has turned into a debate. Numerous social groups and onlookers have accused Dakota Johnson of having plastic surgery on her eyes, nose, and boobs. Although she has never acknowledged any of these allegations and there is no proof that she underwent plastic surgery, her before and after images continue to fuel speculation.

The 32-year-old star has been speculated about undergoing rhinoplasty. Comparing her before and after pictures, her nose appears to have slightly changed from her earlier expressions. However, there isn’t any proof, either in the form of reports or evidence, that she underwent nose surgery.

Dakota Johnson has also been linked to reports of an eyelid, brow lift, and boob surgery, but neither procedure has ever been proven. Therefore, it is impossible to say for definite whether Dakota Johnson had plastic surgery. On the other hand, we can expect her skincare routine to be the reason for her beauty and young appearance.

Moreover, after her cherished tooth gap closed in 2019, Dakota Johnson stated that she was attempting to have it fixed. She went on The Tonight Show and revealed how she closed the space between her teeth to Jimmy Fallon.

The actress was promoting The Peanut Butter Falcon at the time, and spectators noticed that the gap between her two front teeth was no longer there and her smile looked pretty normal. She explained,

“I had a permanent retainer since was, like, 13, and it was just glued to the back of my teeth. And I was having a lot of neck problems recently, so my orthodontist, she decided it would be a good idea to take it off and see if my jaw sort of expanded and it helped me and my gap closed by itself and I’m really sad about it, too.”

In a 2017 interview with Vanity Fair, Johnson also made fun of her tooth gap by revealing various objects that may fit there, including a toothpick and a credit card.

As of 2022, Dakota Johnson’s teeth look perfectly fine as seen in her new Netflix movie, Persuasion. However, the actress, previously, addressed that her tooth gap can return at any time in the future. She stated that the world of dentistry is so advanced.