Dan Schneider’s Wife: Who is Lisa Lillien? How Long Has The Couple Been Married? 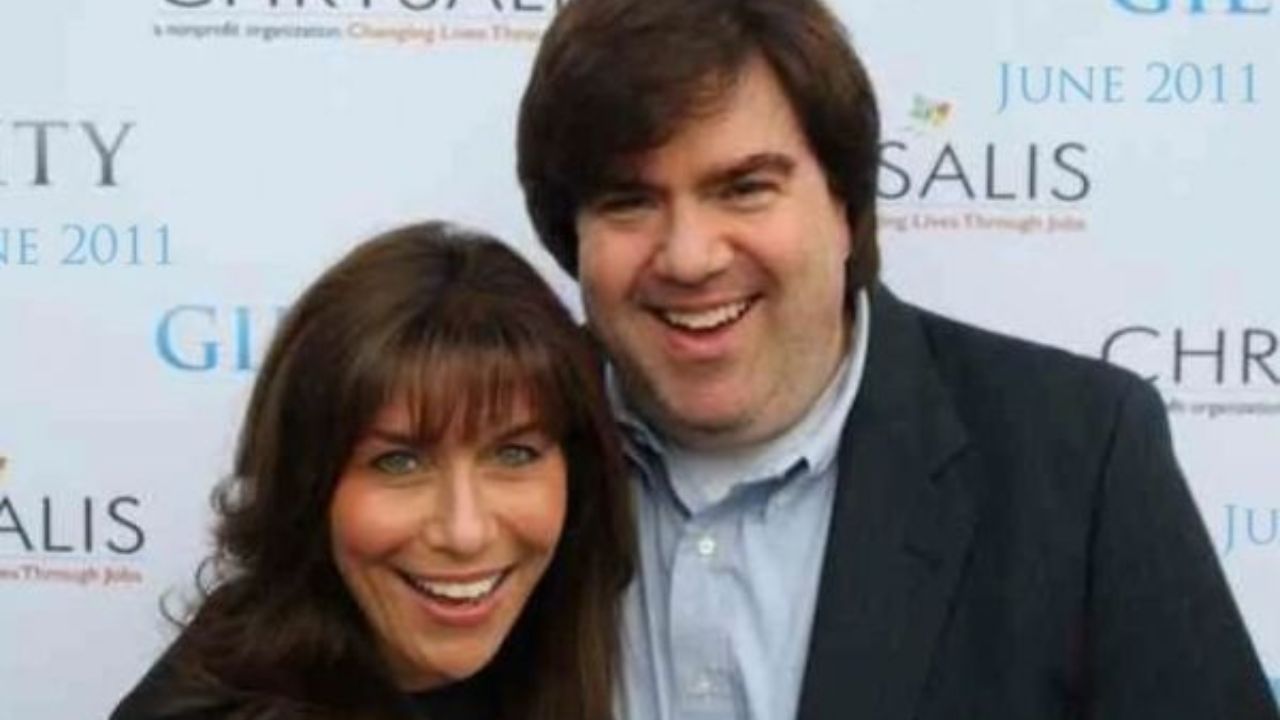 Dan Schneider is an American television producer, screenwriter, and actor. He started his career in showbiz in the 1980s and made appearances in various shows. After such supporting roles for almost a decade, he devoted himself to behind-the-scenes work in production.

He is the co-president of television production company Schneider’s Bakery and has made What I Like About You for The WB and All That, The Amanda Show, Drake & Josh, Zoey 101, iCarly, Victorious, Sam & Cat, Henry Danger, Game Shakers, and The Adventures of Kid Danger for Nickelodeon. In March 2018, Nickelodeon announced that they had parted ways with Schneider.

Following the increase in the trend of Dan Schneider’s popularity, people want to know various things about him such as whether he’s married or not; and if he is, who is his wife. Let’s learn more about Lisa Lillien!

Dan Schneider (@danwarp) has been married to his wife Lisa Lillien (@hungrygirl) since 2002.

Since the public interest in Dan Schneider has been increasing following the release of Jennette McCurdy‘s memoir I’m Glad My Mom Died and all for the wrong reasons and the wrong things he did when he used to create for Nickelodeon, their curiosity about the personal aspects of the iCarly creator has also been increasing. People especially want to know whether he is married and if he is, who is his wife.

Well, as it turns out, he has been married to his wife Lisa Lillien, the Hungry Girl girl, for more than two decades. The couple first met at Nickelodeon in the 1990s. Both of them were working for the network at the time. Dan Schneider was hired by Albie Hecht, head of the production for the network, to work on a sketch-comedy show for children called All That in 1993 and had been working for Nickelodeon after that.

Meanwhile, future wife Lisa Lillien was working as a director of convergence development at Nickelodeon online. Working at the network at the same time, they were bound to come across each other one day and they did stumble onto each other at one of the events at the network. They began dating sometime after and finally got married after several years of relationship in 2002.

As to questions about who Dan Schneider’s wife Lisa Lillien is, we have got this covered. Lisa Lillien is an American entrepreneur and food blogger. In her Instagram bio, she describes herself as a ‘Food-obsessed creator of healthy recipes, bestselling cookbooks & the most helpful FREE daily emails on the planet.’

Well, Lisa Lillien is the creator of the Hungry Girl brand, which is a free daily email-subscription service about healthy eating. Dan Schneider’s wife has also authored many cookbooks and created many low-calorie recipes and life hacks. She was born on December 31, 1965, in Cedarhurst, New York, and was raised in Long Island. She identifies as Jewish.

Though Lisa Lillien has established herself as a food vlogger and is all about healthy eating, she does not have a degree in nutrition but still she uses the neologism foodologist because of her obsession with food. She received a B.A. in communication from the University at Albany, SUNY in 1987. Straight out of college, she became editor-in-chief at Tutti Frutti. She took up lots of jobs before she got her true calling as a foodologist.

For five years, Lisa Lillien served as an online executive producer for TV Land and she also worked as a director of convergence development at Nickelodeon online which brought Dan Schneider into her life. After that, she served as a producer for new media at Telepictures (Warner Bros.).

Dan Schneider’s wife then quit her job and fully immersed herself fully into making content about food and healthy eating. She started the brand Hungry Girl in 2004 with a weekly email which was originally titled Tips and Tricks…for Hungry Chicks. Her content mostly consisted of recipes and life-hacks written in a pink, exclamation-point, LOL style which Lisa Lillien puts as ‘getting excited over silly things.’

When I launched Hungry Girl, I wanted it to be the same…writing style[:] conversational and excited, [like] writing about teen stars, and pop stars.

Besides that, Dan Schneider’s wife also writes. She used to have a weekly column on the website of Weight Watchers. She also has written for Redbook magazine.

Lisa Lillien has also made appearances on cooking-related shows like Rachael Ray’s. In 2011 and 2012, Triage Entertainment produced 36 episodes of a Hungry Girl program which aired on Cooking Channel and Food Network. The program ended long ago but the recipes for the 2012 season remain online. In 2018, the Meredith Corporation began a quarterly Hungry Girl magazine.