Dane Cook's Plastic Surgery: The Comedian and Actor Before and After Botox and Fillers! 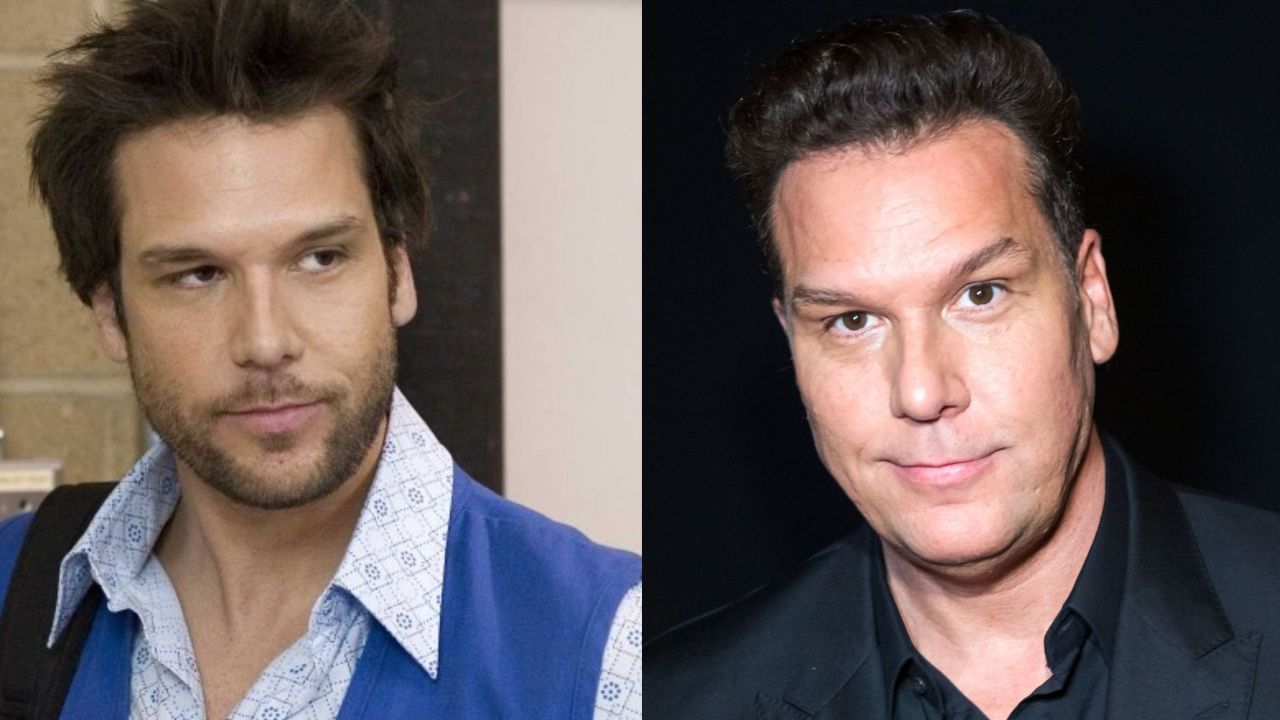 Dane Cook's plastic surgery speculations have started amidst the news of his engagement to girlfriend Kelsi Taylor. Fans believe that the actor and comedian has had Botox, nose job, facelift, and fillers. However, Dane Cook himself has denied having plastic surgery in the past.

Dane Cook is an American stand-up comedian and film actor. He has been acting in films since 1997 and has appeared in Mystery Men, Waiting..., Employee of the Month, Good Luck Chuck, Dan in Real Life, Mr. Brooks, and My Best Friend's Girl.

He has also released six comedy albums: Harmful If Swallowed, Retaliation, Vicious Circle, Rough Around the Edges: Live from Madison Square Garden, Isolated Incident, and I Did My Best: Greatest Hits Album. Retaliation became the highest charting comedy album in 28 years and went platinum in 2006. He was the second comedian (after Andrew Dice Clay) to sell out Madison Square Garden's large arena space. He is known for his use of observational, often vulgar, and sometimes dark comedy.

But, for now, Dane Cook is known for being in a relationship with a much younger woman and getting plastic surgery to look youthful like his fiancee. At least that's what people on the internet believe.

Previously, we touched on the plastic surgery efforts of Gwyneth Paltrow and Maren Morris.

Did Dane Cook Have Plastic Surgery? Fans Suspect The Comedian Has Had Botox and Fillers; Look At The Actor Before and After Cosmetic Surgery!

So Dane Cook is getting married. He recently proposed Kelsi Taylor, his 23-year-old girlfriend of five years and she said yes. He shared the proposal story on his Instagram and inadvertently ended up creating a huge controversy over the age gap between the couple. Many people found it creepy how a 50-year-old man is getting married to a woman 27 years younger than him.

Dane Cook has already been getting the flak for the age gap but in addition to that, he is being mocked all over social media for his appearance which they believe is the outcome of botched plastic surgery. They are making fun of him by saying things like he had to have gone under the knife to look youthful and not look his age while standing next to his much younger fiancee.

Though the comedian is not new to getting these kinds of trolling about his appearance, there has definitely been an upsurge in the discussions about him having plastic surgery. Going by the vibe and tone on social media amidst the backlash for what people are saying is predatory behavior, they are less discussions and speculations and more like trolling and mocking.

Amidst all those ridiculing, there are some people who are not taking them at face value and genuinely want to know if he has had work done. So, did Dane Cook have plastic surgery? From his Instagram pictures, his face does not look natural. He does not look his age (50) but he does not look real as well. He looks a bit puffed up and he has a waxy skin texture.

A Reddit user wrote to many comments of agreement,

His face is definitely stuffed with filler, yikes. Or if it’s not, I have NO CLUE how he managed to look like that.

Another commenter said how he looked unrecognizable when they saw him perform a few years ago in Vegas with comped tickets. His eyebrows looked like McDonald's logo and someone sitting next to them literally went, 'that's Dane Cook?' out loud. They implied that Dane had gotten Botox.

Besides Botox and fillers, they believe he has had a facelift and nose job which they don't think went well because  there are lots of comments making fun of his botched plastic surgery,

can someone tell me what he had done so i know what to avoid forever....

These are just a few of such commentary on his face and him getting cosmetic surgery. He had been getting such remarks from him for a long time now. He had even slammed such claims once and refuted all such claims. Even though he used to limit comments on a majority of his posts, they got through to him once and he couldn't help but respond to them.

In 2018, in response to all the comments about him getting plastic surgery, Dane Cook wrote,

So many weirdos DMing me asking why I wax my eyebrows or Botox. It’s called healthy living my friends. Never drank or did a drug. All that s--t f--ks up your skin. I’ve had a dermatologist for years to help me keep my skin nice with constant travel. Drink mostly water!

So, if you are waiting for confirmation about all the plastic surgery from Dane Cook himself, looks like you are not going to get them because according to him, his appearance is a result of healthy living. Just a year ago, when he had a weight loss, he had been accused of going under the knife again. But even then he didn't admit to them and he maintained that his fit physique and his face both are all-natural.

But plastic surgery experts have something else to say about him. Dr. Andrew Miller said,

You can see how his eyebrows look lower. This happens with natural aging, but it looks like he had botox on his forehead. Because the middle part of his eyebrow is lower than the outer part. If he had simply aged, the entire eyebrow would come together.

Dr. Adam Hamawy thinks Dane Cook had plastic surgery too. According to him, Dane uses Botox to help eyebrows lift and prevent wrinkles on his forehead which makes the middle part of his eyebrow look heavy. He also believes that Dane had rhinoplasty to narrow the width of his nose.