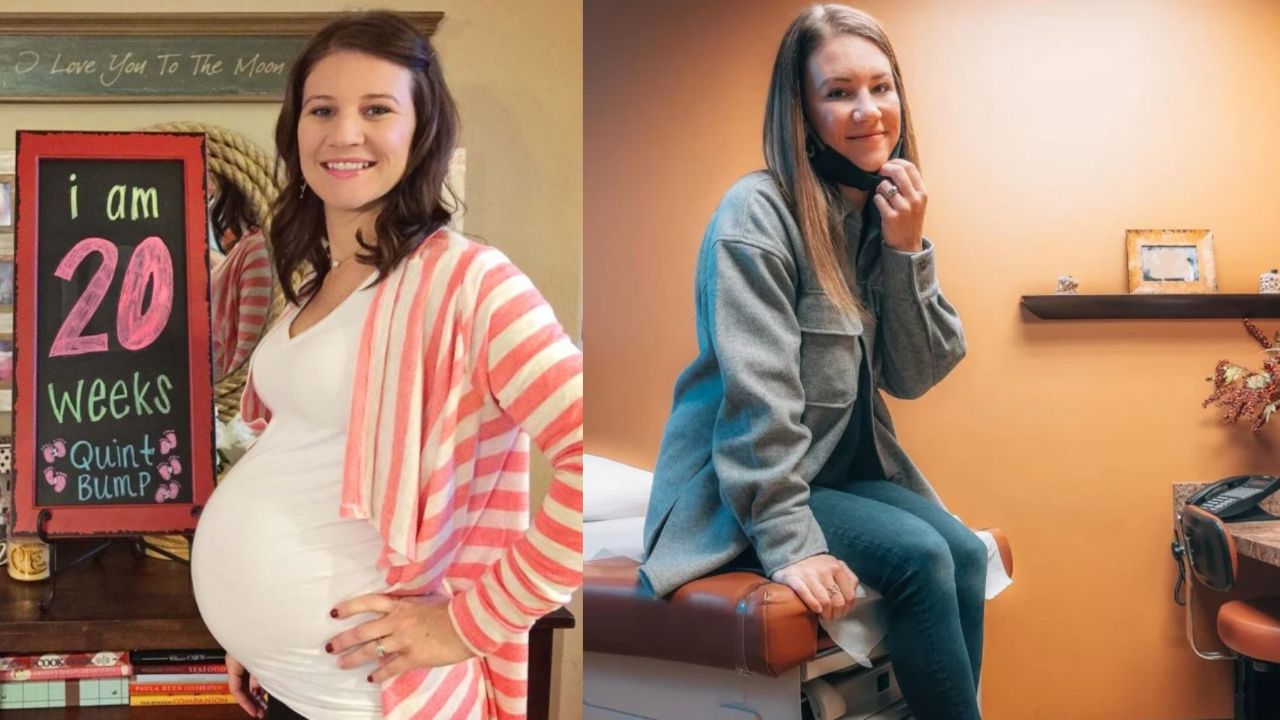 Danielle Busby's weight gain discussions have taken over the Outdaughtered fans after she posted a video on Youtube. The reality star had put on a lot of pounds during her pregnancy with her quintuplets. People believe that Danielle Busby had gotten plastic surgery to bounce back from pregnancy weight gain.

Danielle Busby is an American reality star who is known for starring in the TLC reality series Outdaughtered. The television personality featured on the reality show along with her husband Adam Busby and their six daughters; Blayke, Ava, Olivia, Hazel, Riley, and Parker. Aside from being a reality star, she also owns It’s A Buzz World Shop clothing and apparel, Graeson Bee Boutique which sells baby and children’s clothes, and sportswear brand CADi Fitness.

Danielle Busby recently posted a video on Youtube which sparked discussions about her weight gain during pregnancy and whether she had any plastic surgery to bounce back from that.

Previously, we touched on the weight gain efforts of Kirsten Storms and Nelly Furtado.

Danielle Busby's Weight Gain: The Reality Star Didn't Get Plastic Surgery To Lose Weight; Check Out Her Workouts and Diets!

Danielle Busby (@dbusby) and Adam Busby (@adambuzz) recently updated fans on whether they are going to do another season of Outdaughtered. It has become more than a year since the last episodes of the reality series aired. They uploaded a video on their youtube account in which they informed that they have no firm plans to start filming for Outdaughtered anytime soon but they have not ruled out returning to television either.

After that short appearance on Youtube, fans started discussing how fit Danielle Busby looked and how perfectly she bounced back from pregnancy weight gain. It has been seven years since she gave birth to her quintuplets but it can't have been easy, losing all the weight she gained when she was pregnant with her five daughters.

In 2016, the reality star wrote a blog post for TLC where she mentioned the changes in her diet she had to make in order to ensure that all five of her children got proper nutrition during the pregnancy and after as well. She had to consume 4500 calories a day for the sake of her babies. She said that she forgot everything she learned about eating clean and healthy foods. She had to literally eat her dessert before she could eat the salad on her plate which was just exhausting in practice even though the idea of it sounded good in theory.

Even though she has admitted that her body will never be like it was before the kids, it's impressive how Danielle Busby seems to have managed to reverse that weight gain from when she was pregnant and from all that 4500-calorie diet per day which has caused fans to speculate whether she did it naturally or she underwent plastic surgery to gain her pre-baby body back. Many people suspected that she might have undergone a tummy tuck procedure.

But the Outdaughtered star has claimed that she managed to bounce back from the pregnancy weight gain without undergoing any sort of plastic surgery. She just made changes to her diet and began working out at home (her hectic schedule with six girls to raise doesn't leave her the time for gym) which did the job of getting her back in shape. She has explained her workout routine in the blog,

There are days I am actually able to get away and go to the gym, but as a mom of six, it doesn't happen too often, and I try my best to do workouts at home. I've customized my routine to fit in with my daily schedule. To build strength, I do sit-ups and push-ups every day. And forget about the Stairmaster - I utilize our staircase for daily workouts too, on top of the 'workout' I get bringing five babies up and down the stairs all day.

Danielle Busby further mentioned that she breaks out the six-seater stroller and goes for a walk loading up the quints and pushing about 200 pounds around the neighborhood. Now that is a real workout and that must have helped her recover from the pregnancy weight gain and get that flat and toned belly.

Besides those home workouts, the mother of six also engages in other fitness activities to lose pounds from the weight gain she had. She had once joined forces with fitness brands like Cadi Fitness. And she also used to own a cycling studio with her husband.

Even though Danielle Busby has been most open about all the workouts she did to get her body from before weight gain, people still couldn't help but think she has undergone plastic surgery procedures like skin removal surgery to get rid of the excess skin. But she shut all the rumors down and put those to rest during an Instagram Live Q&A in January 2021 when she denied getting the surgery,

No, I have not had a tummy tuck. But I would not think any less of someone else wanting to get one. I know the after-body challenges our body faces after going through pregnancy, so if some other mom chose to have a tummy tuck, by all means, you do you.

Danielle Busby's husband Adam has also refuted the claims of plastic surgery people believe she had to bounce back from the weight gain. When he was asked if Danielle had some kind of surgery, he replied,

No tummy tuck. She is just very blessed with good genetics and a strong work ethic for working out.