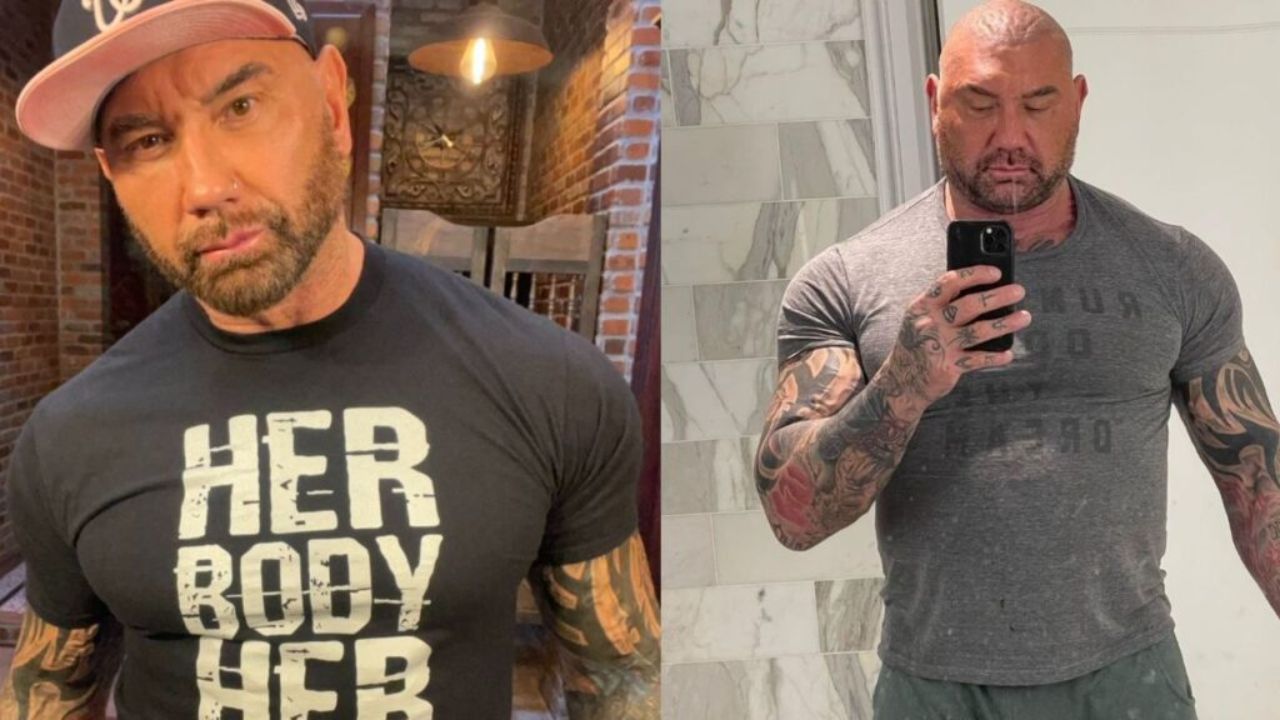 Dave Bautista recently revealed that he had been undergoing a weight gain via an Instagram post. The former WWE wrestler was documenting his transition to fatty status for his role in the movie Knock At The Cabin. Ever since Dave Bautista started acting, he had been weight training to support his weight gain for a different kind of bulky (bigger and toned) with a different diet and workout.

Dave Bautista is an American actor and former professional wrestler. He got into the wrestling scene and participated in WWE events from 2002 to 2010, came back for a while in 2014, and had one final run from 2018 to 2019. Remarkable as his wrestling career has been, once he started acting, he became more known as Drax the Destroyer from the Marvel Cinematic Universe.

The former wrestler started her acting career in 2006 and has starred in several movies including The Man with the Iron Fists, Riddick, the James Bond film Spectre, Blade Runner 2049, Army of the Dead, and Dune. In 2014, he took up the role of Drax the Destroyer in the movie Guardians of the Galaxy of the Marvel Cinematic Universe. He has reprised the role in Guardians of the Galaxy Vol. 2, Avengers: Infinity War, and Avengers: Endgame. He has also appeared in several direct-to-video films since 2009.

Dave Bautista is soon appearing in Knock At The Cabin, a movie written and directed by M. Night Shyamalan which he is currently filming. A film where he is required to have weight gain, as he revealed recently in an Instagram post. Keep reading for the details of the weight gain!

Previously, we touched on the weight gain efforts of Adriana Lima and Charlize Theron.

Dave Bautista (@davebautista) has always been at his peak in terms of fitness and body for decades seeing as he was a heavyweight wrestling champion in WWE who transitioned into an actor who grew into the role of the eternally shirtless Drax the Destroyer. Building an acting career with mostly action roles like See, Army of the Dead, and Dune,  it was stated in his contract that he was supposed to have weight gain with weight training which included eating every four hours.

So, it’s a norm for Guardians of the Galaxy star to have a weight gain to maintain his body as required for his role but as he revealed recently via a post on his Instagram handle, he was deviating from the usual gain process. He shared a mirror selfie of himself where he was looking a bit bigger than usual with a caption explaining to his followers that he was transitioning to fatty status.

As it turns out, it was a picture from the sets of a new thriller Knock At The Cabin which required Dave Bautista to undergo a weight gain to get a bulkier look. He’s already built like that but this time, he was supposed to undergo a different kind of bulkier body transformation, a different kind of weight gain, a process that was ongoing and that he was documenting by, as he said, trying to take a solid pic of himself.

However, Dave Bautista has only shared that he is undergoing a process of weight gain for a different kind of bulky and has not mentioned any kind of weight gain diets and workout schedules for that.

All we know is that he is taking it seriously like he did all the weight training he had to have for a bigger and toned body that was required to act in the Avengers.

Dave Bautista, after getting started in his wrestling career in 1999, signed with the then-World Wrestling Federation (WWF renamed to WWE in 2002) in 2000. For the next ten years, he thrived in everything that he did and broke and held several records in wrestling. From 2002 to 2010, he ruled the ring and gained worldwide fame under the ring name  Batista. He won the World Heavyweight Championship four times and the WWE Championship twice and became a six-time world champion.

He held the record for having the longest reign as the World Heavyweight Champion at 282 days. This was also his first reign for that title. He has also held the World Tag Team Championship three times (once with John Cena and twice with Ric Flair) and the WWE Tag Team Championship once (with Rey Mysterio). He also won the 2005 Royal Rumble match and went on to headline WrestleMania 21, one of the top five highest-grossing pay-per-view events in professional wrestling history.