David Hasselhoff’s Plastic Surgery: What Does The Knight Rider Star Look Like Today? Check Out the Before and After Pictures! 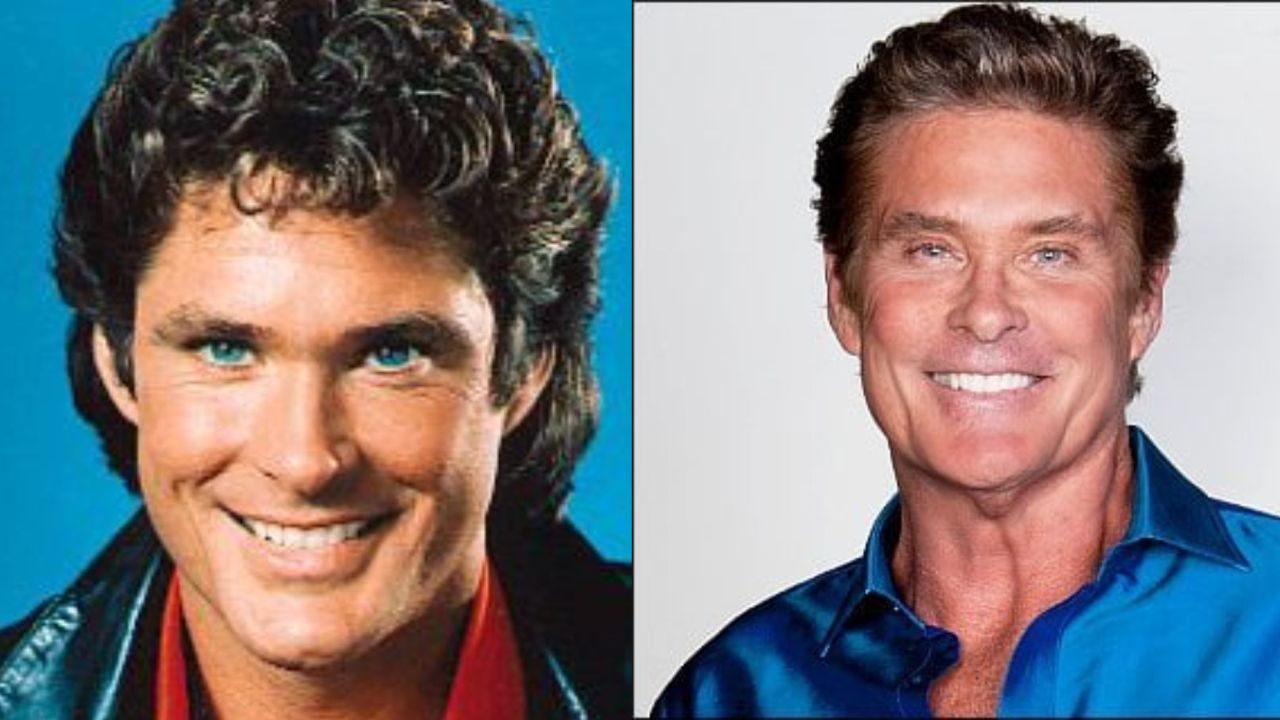 David Hasselhoff allegedly had plastic surgery to look like when he was young. The Knight Rider actor apparently had Botox, fillers, a facelift, facial lasers, and a blepharoplasty. David Hasselhoff has only admitted to Botox and nothing else in the past, though he noted that he might have plastic surgery after he starts looking too old.

David Hasselhoff is an American actor, singer, and television personality who is mostly recognized for playing the role of Dr. Snapper Foster on The Young and The Restless, and of Michael Knight on Knight Rider. He is also known as L.A. County Lifeguard Mitch Buchannon in Baywatch. He produced Baywatch from the 1990s until 2001 when the series ended with Baywatch Hawaii.

The actor has set a Guinness World Record as the most-watched man on TV. He has appeared in movies such as Dodgeball, The SpongeBob SquarePants Movie, Click, and Hop. Besides acting, he has also ventured into singing. He released the studio album Looking for Freedom in 1989 which went triple platinum in Europe. He has also worked on reality shows i.e. as a talent show judge on television shows such as America’s Got Talent and Britain’s Got Talent.

He recently made a guest appearance on The Goldbergs. Following his appearance, the speculations of his plastic surgery have increased tenfold. David has, so far, only talked about getting Botox even though he looks like he had more procedures. Here are all the details about David Hasselhoff’s plastic surgery!

Previously, we touched on the plastic surgery efforts of Taylor Armstrong and Lady Gaga.

David Hasselhoff (@davidhasselhoff) allegedly had several plastic surgery procedures to look like when he was young or close to it. He apparently had Botox, dermal fillers, a facelift, facial lasers, and blepharoplasty in an attempt to retain his appearance from when he was young. He has admitted to Botox only so far. The interest in his appearance increased after he was recently made the guest star on The Goldbergs.

Fans have come to believe that David Hasselhoff is not taking aging in stride and is worried about looking old after he had an unmistakable transformation which could be only plastic surgery. His unnaturally smooth forehead with very few lines and his sus plump cheeks and his pillowy complexion – all suggests that he has gone under the knife to reduce the effects of aging

It seems to have worked if having no wrinkles, lines, and no sagging cheeks were the goal but if the goal was to look young then, no, because no lines and no wrinkles do not necessarily mean a youthful look and looking young, and he seems to have veered into the uncanny valley territory with his plastic surgery.

David Hasselhoff has, however, never entertained questions about his plastic surgery in recent times. Once, way back in 2006, he was once asked in an interview with People whether he’s had any cosmetic surgery to which he replied that he had Botox which was something everyone had but nothing more. He answered,

I’ve never had anything like that. I have had Botox, everyone has. It’s a shot. It takes out the frown. I haven’t had that in a year. I take pride in that. I look great. I am going to keep this natural until I have to. I like Clint Eastwood, he waited until he was 75. He looks damn good.

Even though Botox is the only plastic surgery David Hasselhoff has admitted to, he most likely had others. Even when he confirmed that he had Botox, he never swore off other procedures in the future. He just hoped to keep himself natural until he felt the need for cosmetic treatments.

And that time has finally come – the time when David Hasselhoff can no longer leave it to nature and as per his judgment, get plastic surgery involved. Well, if the speculations surrounding his cosmetic treatments were to be traced to its beginning, it has been more than a decade since the time came but still.

We have no confirmation about the actor himself of him going under the knife but several plastic surgery experts have weighed in. Many tabloids have spoken to the experts for their opinion of Hasselhoff’s cosmetic works. Dr. Robert H. Cohen is of the opinion that he has gone under the knife because his skin could be that tight only because of that. He observed that his jawline was tight as drum skin and his cheekbones more pronounced which made it clear that he had some fillers and Botox too with a few lines and wrinkles going on.

Dr. Nassif agrees with Dr. Cohen and believes that ‘David Hasselhoff appears to have had botox and facial fillers.’ He also thinks that he had a facelift performed at some point. He said that any plastic surgery performed was conservative as nothing appeared overdone and that the facelift was subtle too.

Dr. Cohen also claimed that Hasselhoff may have also had a facelift as well as facial lasers to improve the texture of his skin and increase collagen supply.

Facial lasers for skin texture and tone, some filler, possibly Sculptra that stimulates the body’s production of collagen. Right now, David is feeling like a new man. He’s always considered himself a real stud, only now he’s got to work a lot harder to keep up.

Besides the speculations of fillers, facelifts, and facial lasers, David Hasselhoff was even rumored to have had a blepharoplasty (eyelid surgery) to rejuvenate his eyes. This all started in 2008 when the actor was hospitalized for reasons unknown. When the media pressed his rep for information about why he was admitted to the hospital, his rep declined to give any information which made the people think he was getting plastic surgery.

They thought he had blepharoplasty specifically because after he was discharged from the hospital, he was spotted with bruises and possible stitches around his eyes and sometimes with glasses that could never cover up the bruises.