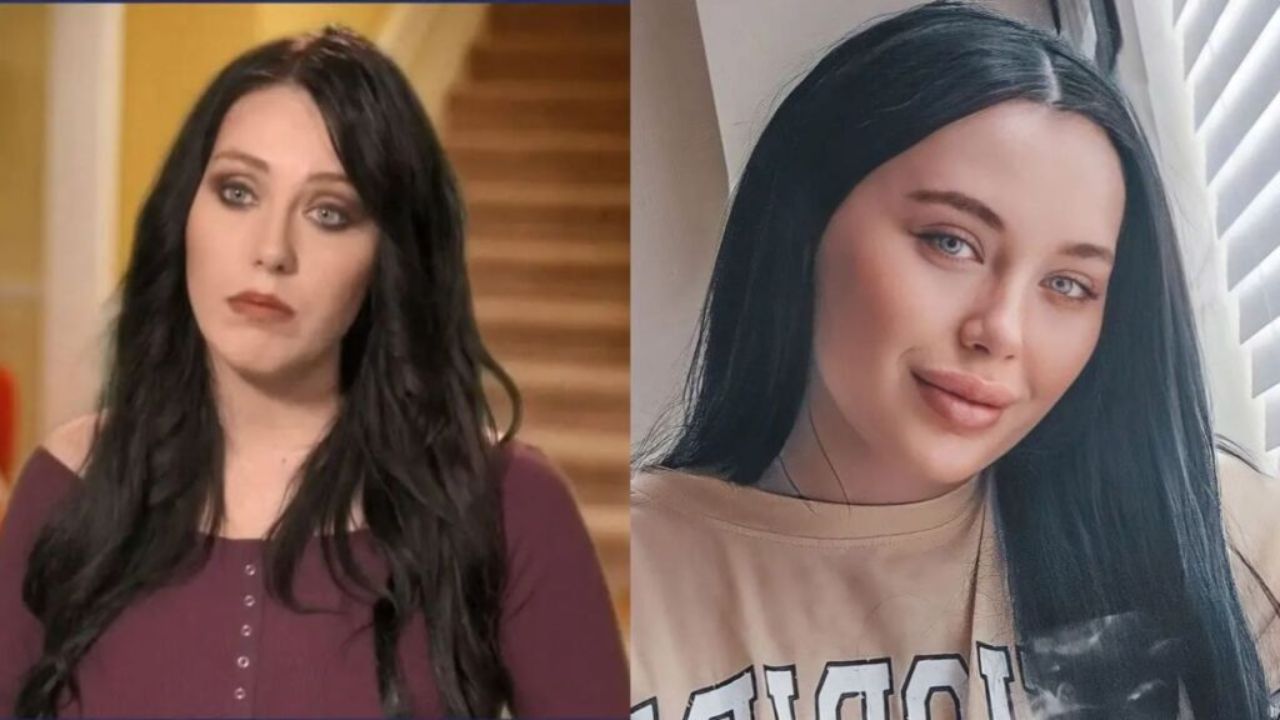 Deavan Clegg of 90 Day Fiance: The Other Way fame has more often than not been accused of plastic surgery on social media. Even though many fans had chalked up the drastic differences on her face to photo editing, face tuning, and makeup, the reality star revealed that she had botched lip fillers, which she got fixed, and veneers. Deavan Clegg has also been suspected of cheek fillers and a nose job but she revealed it was just styling and makeup.

90 Day Fiance: The Other Way really gave us some of the most intriguing and scandalous reality stars. One such being Deavan Clegg, who has now become synonymous with scandals. Whether it’s because of withholding of her son from his real father or lying about a miscarriage and then aborting the child, she is always on the news. She has come a long way from working as a horror makeup artist with modeling gigs on the side to being one of the most popular or infamous reality television personalities.

As one of the most controversial stars to come out of the 90 Day Fiance franchise, for Deavan Clegg, who is ‘a bit messy and not sorted out,’ plastic surgery speculations are a minor thing. And she has been hounded with the accusations of plastic surgery on social media ever so often.

Previously, we touched on the plastic surgery efforts of Jennifer Connelly and Tom Cruise.

Deavan Clegg (@deavanclegg) has admitted to having lip fillers and veneer and she has also been suspected of having cheek fillers and a nose job.

When Season 1 of 90 Day Fiance: The Other Way first aired on June 3, 2019, on TLC, everyone loved Deavan Clegg and how she looked. The viewers much complimented her unique look of porcelain skin, nearly black hair, and several large tattoos. Fans were as good as smitten with her natural yet edgy look.

Fast forward to the next season of the spin-off show and things have changed. The second installment premiered on the TLC network a year later, on June 8, 2020. Deavan Clegg along with her South Korean husband Jihoon Lee returned for Season 2. By that time, she couldn’t quite vibe well with the audience of the show. All because she looked different than the last season. Then came the surge of plastic surgery speculations.

Especially, fans couldn’t just avoid how her lips looked. They had gotten large to the point that you couldn’t help but notice it. While some suspected plastic surgery, there were others who had reservations about such bold assumptions and chalked it up to editing and heavy makeup. Because she was notorious for excessive photo editing and facetuning on social media. And people were well aware of not just how much different she looked in the preceding season of the show, but also how much different she looked on the television and on her Instagram posts.

However, as it turns out, those who thought photo editing to be the reason for such a drastic difference in her looks were in the wrong all along and right were the fans who assumed plastic surgery. Deavan Clegg made a confession that she did have alterations in a now-deleted Instagram post. She not only revealed that she got lip fillers in South Korea but she also shared how the procedure had gone all botched.

In that post, Deavan Clegg wrote, “In Korea, I decided to get lip fillers before doing research. The product they injected had not been tested. My lip was so swollen and injected incorrectly. I had damage so severe that my lip was dying.”

The Utah native shared that her larger lips were extremely painful and unbearable so she reached out to her former 90 Day Fiance star Larissa Dos Santos Lima and got her lips fixed with Lima’s beauty guru Heather Rohrer of Aesthetic Medicine LV.

Also, lip fillers were not all Deavan Clegg had. In the same year that she got lip fillers, she also went and got veneers at Hybrid Dental in las Vegas, which she revealed in a separate Instagram post already deleted.

She wrote in that post, “A lot of people have been asking about my teeth, I did get them done. And I am absolutely in love with my smile and forever grateful!”

Her social media followers had always observed how Deavan Clegg smiled very rarely. They thought it was because she was so stressed out in her life having to raise two kids in a new country with a husband with no stable job and source of income. But the stress was never the reason as Deavan revealed that she had always been insecure about her teeth and so decided to get the veneers to give herself the pearly whites she always wanted. Since then, fans saw that she smiled more in pictures.

Though Deavan Clegg seems much more confident in the way she smiled after getting veneers, she does not seem to want to stop at that. She is also hoping to get breast implants and a lift, and to secure the funding for the plastic surgery, she reached out to fans on OnlyFans.

She wrote on her OnlyFans page, “Everyone asks why I don’t show my chest much. It’s because I’m insanely self-conscious about my breasts after having two kids. I’ve been wanting to get a lift and implants for a long time to boost my confidence. Any donations will receive a free photoshoot set at the end of the fundraiser. I’ll make sure to write down everyone’s name and send the free photos out as well as a personal thank you.”

Deavan Clegg, however, has not gone through with the plastic surgery yet. Maybe the criticism she received for wanting to spend on a plastic surgery procedure when she could not even afford her place to live got to her or maybe she hasn’t yet been able to get the funds.

The TLC star also was accused of having cheek fillers and a nose job. In response, she said that the difference in her nose and cheeks was not because she had plastic surgery but because of styling and makeup.