Demi Lovato’s Weight Loss: What Diet and Workout Routine Does She Follow? The Singer Then and Now! 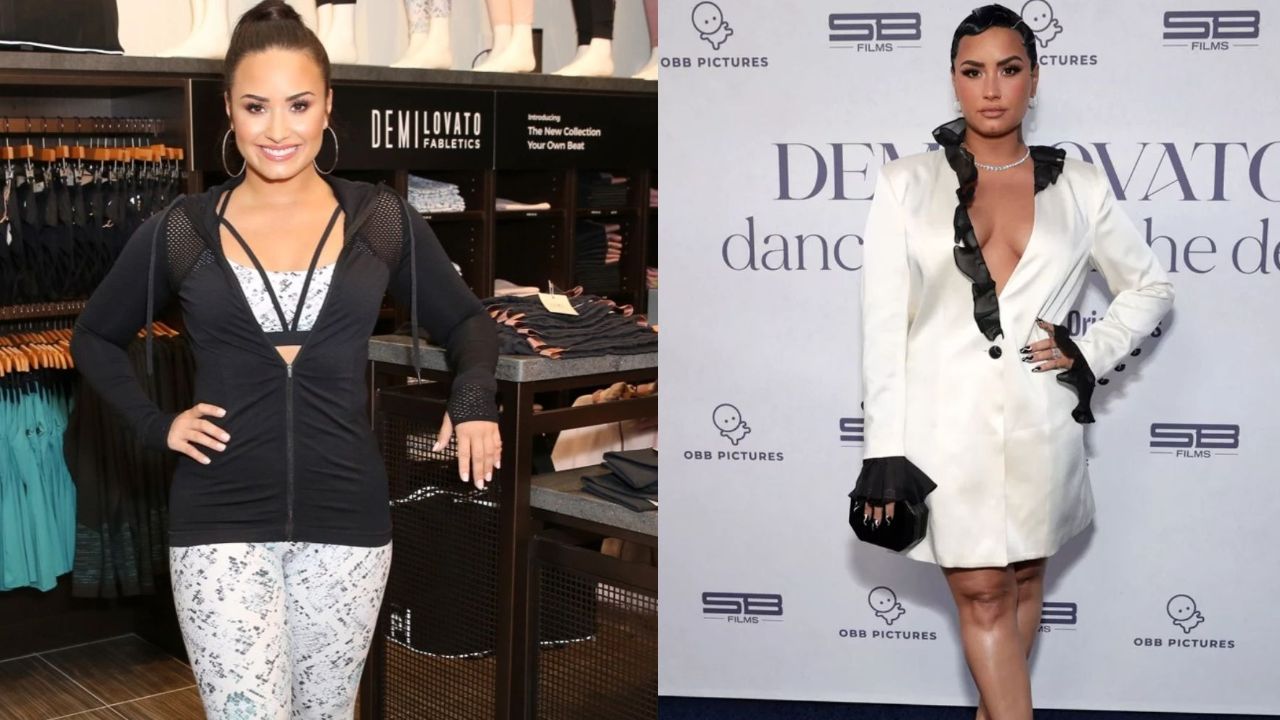 Demi Lovato’s weight loss discussions have sparked following the release of her new album Holy Fvck. Losing weight had always been a matter of immense pressure and stress for her because of the constant fluctuations in her weight as a result of substance abuse and eating disorders. However, in March 2021, Demi Lovato celebrated the weight loss she had because of her healthier lifestyle.

Demi Lovato is back to making hits with her new album Holy Fvck. It’s been more than a year since we heard new music from her. The singer‘s last album was Dancing with the Devil…The Art of Starting Over and oh, what an era that was! The kind of vulnerability she showed in the album by opening up about what was probably the lowest and scariest point of her life – that lethal drug overdose that almost killed her –  was just so brave and commendable.

As someone who is very influential, she really made a difference by encouraging everyone not to hesitate to speak up about their mental health and addiction problems. These are not the only things the Barney and Friends actress has spoken about. She has also talked about body image issues and the pressure of having weight loss to fit into the beauty standards. But she has rejected that kind of pressure now. Let’s learn more about Demi Lovato’s new take on weight loss!

Previously, we touched on the weight loss efforts of Simon Cowell and Danielle Brooks.

Demi Lovato (@ddlovato) has always been overly and unhealthily conscious of her weight and physicality, courtesy of society and its equating beauty to slim bodies. It was especially harder on her because she was also battling substance abuse issues along with eating disorders which contributed to her weight gain. She probably felt that all of her problems could be solved if she had a weight loss.

The time Demi Lovato practically began living at the gym and that too after facing a massive health crisis involving an overdose on opioids is just too sad to even think about. Because weight loss should have been the last on her priority list. She had relapsed after six years of sobriety just three months before this horrific incident because she was unable to deal with the struggles that came with bulimia.

Demi Lovato spent two weeks recovering and straight up went on a weight loss journey. She used to eat meals and then hit the gym for workouts because she couldn’t bear to gain weight even if it was normal and routine weight gain. She eventually got tired of this state of being constantly stressed about her weight, so she took time away from her workout to reset in 2019. For a much-needed and long-overdue change, the singer was not focused on weight loss.

But then came 2020 which saw Demi Lovato making her first public appearance ever since her overdose at the Grammy Awards where she performed a very emotional and heartfelt rendition of Anyone and poured her heart out about confiding in alcohol and getting stuck in silence. But she was met with very vocal observations about her weight gain. That was a too insensitive thing to say about someone who broke sobriety because of bulimia.

It got worrisome for a moment because could the comments on her weight push her back to unhealthily focused on weight loss? But, fortunately for Demi Lovato, she was over it all and no longer made a fuss about her weight. She had finally learned to embrace her natural curves and found freedom in not being restricted to a slim body to feel beautiful. You would think she would never talk about weight loss again even if she lost weight because she had stopped making a big deal out of it.

But Demi Lovato did and this time, she mentioned it not as something she felt pressured to but as something that just happened and reflected her newfound peace and serenity. In March 2021, she made headlines when she talked about her weight loss and it was such a refreshing and wholesome take on the whole thing. She talked about her weight in terms of her health and not in terms of the desired physique.

Demi Lovato had given up diet culture altogether and she was in a much better place for it. She was no longer living at the gym and she no longer had an eating disorder. Her health had tremendously improved. Weight loss is a matter of celebration only in these situations. She shared a short video tugging at the waistband of her pants, which was newly loose to show off that she had lost weight. She wrote,

Just a few months later, in May, Demi Lovato also urged anyone who complimented anyone for weight loss to stop making comments about others’ weight altogether even if they had a positive intention because that could be triggering for the person. She posted on her Instagram stories,

Idk who needs to hear this but complimenting someone on their weight loss can be as harmful as complimenting someone on their weight gain in regards to talking to someone in recovery from an eating disorder. If you don’t know someone’s history with food, please don’t comment on their body. Because even if your intention is pure, it might leave that person awake at 2 am overthinking that statement.