Did Adam Driver Gain Weight for White Noise? Everything You Need to Know About His Weight Gain! 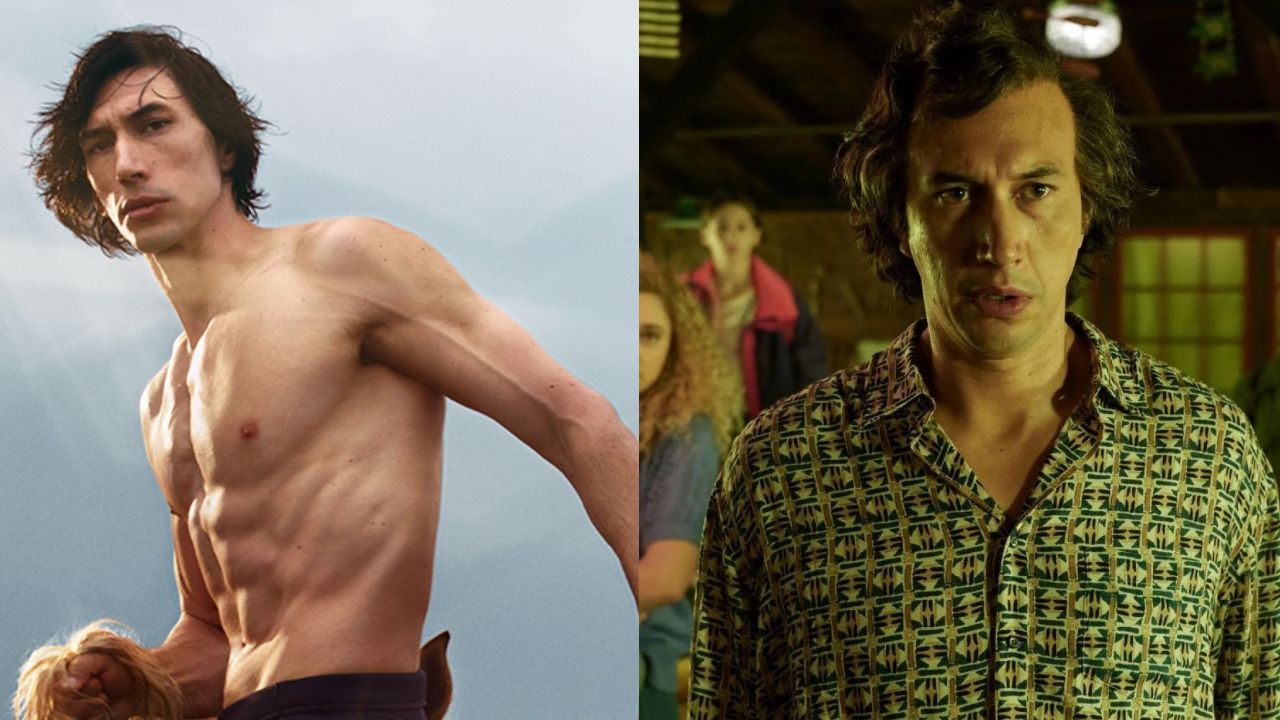 Yes, Adam Driver really did gain weight for his role as Jack Gladney in Netflix’s White Noise. The actor reportedly underwent a weight gain of around 20-25 pounds. Additionally, the director of the movie claimed that one of Driver’s strategies for gaining weight was consuming a lot of beer.

White Noise, directed by Noah Baumbach, is a drama film about the Gladney family and their mundane daily lives. Jack Gladney is a college professor living in the suburbs with his family. A chemical leak, on the other hand, threatens to uproot and unravel their lives in every way possible. The ensuing black cloud compels the Gladneys to flee their home and seek refuge elsewhere. The film is based on Don DeLillo‘s 1985 novel of the same name.

Baumbach is known for depicting the absurdities of everyday life alongside more poignant and overarching issues; he does the same here. ‘White Noise’ explores dysfunctional family dynamics in the aftermath of a life-threatening event that forces the Gladneys to leave everything behind.

In the movie, Actor Adam Driver is outstanding as Jack, a nearby university professor, father of four children, and devoted husband to Babette (Gerwig). Though the entire cast does an excellent job, Driver delivers a standout performance that further establishes him as one of the most talented actors working today.

After a theatrical run, White Noise is now available on Netflix, and we’re curious to see what new viewers think of the film. Many people may be curious about Driver’s weight gain appearance in the movie. They wonder if he gained weight solely for the movie. Well, let’s clear this up!

Adam Driver’s Weight Gain: Yes, the Actor Did Gain Weight for His Role as Jack Gladney in the Netflix Movie, White Noise!

It’s true that Adam Driver did gain weight to play Jack Gladney in Netflix’s White Noise. After the film’s premiere at the 2022 Venice Film Festival, the actor confirmed the same. Driver explained to the press at the event saying, “I gained weight, and we had a backup stomach, and then we didn’t need the backup stomach.”

Although the actor did not reveal how much weight he gained for the role of Jack, we can assume that he gained between 20 and 25 pounds. In addition to the weight gain, Driver disguised himself as the professor by wearing a wig with a receding hairline.

Noah Baumbach, the director, claimed that one of Driver’s strategies for gaining weight involved consuming a lot of beer. “At least, that’s what he told me,” Baumbach said of the same to Indie Wire.

“I’m always amazed at what Adam can do, but also what I can give him. I would normally say, let’s not do wigs, I don’t want to get involved with all of that. But with this movie, I felt like there was an aspect of performance inherent in the whole thing of it so that the actors should have that as well,” the director said of Driver’s commitment to perfecting his performance for the greater good of the film.

Adam Driver’s increased weight is an integral part of his character Jack, who is a middle-aged professor whose way of life includes a lot of heavy food. Jack isn’t concerned with his physical appearance or shape. He enjoys eating fried chicken for dinner, and there is no indication in the film that he exercises. Driver’s transformation helps him portray the character, who is in his late 40s or early 50s, despite his young age. The actor’s appearance helps to make Jack an authentic character, which helps viewers connect with his plight.

Gaining and losing weight to improve performance is an important aspect of today’s acting techniques. Driver demonstrated his commitment to his characters and craft by losing 51 pounds for the role of Francisco Garupe in Martin Scorsese‘s film Silence. The actor had to go hungry for the role of a hungry priest in the film. “How can you play persecuted 17th-century Jesuit priests, you know, like eating great meals?” Driver discussed his transformation for Silence in an interview with W Magazine.

Adam Driver’s weight gain for the role of Jack isn’t the first time the actor has gained weight for a role. To play Kylo Ren in Star Wars: The Rise of Skywalker, the actor previously bulked up. His dedication to perfecting his body for the role was widely admired. “I didn’t have to push Adam to go hard. He had all of that motivation. It was more about slowing him down,” Simon Waterson, Driver’s trainer at the time, told Men’s Journal of the actor’s dedication.

White Noise cast is undeniably dedicated to his craft, and it shines through in his performances. With two Oscar nominations, it’s only a matter of time before he becomes an Academy Award winner. We’ll have to wait and see what he does next.