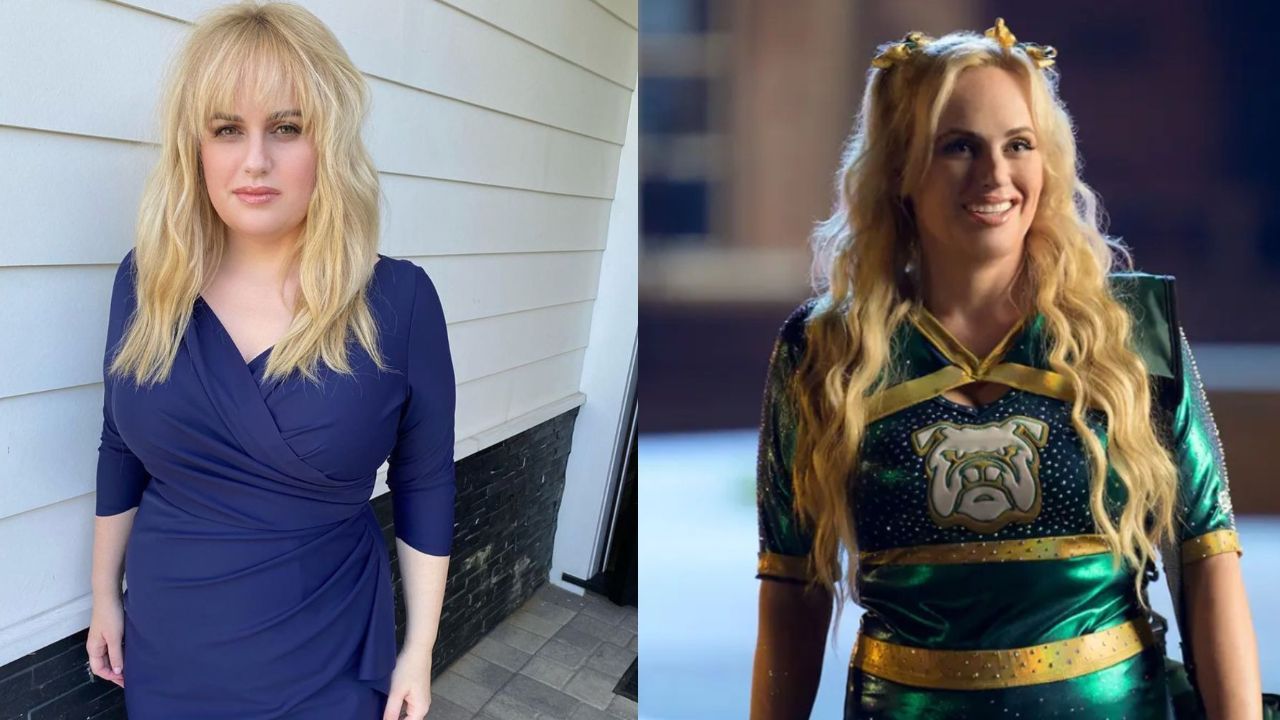 Rebel Wilson is thought to have had plastic surgery to get the appearance she had in her latest movie Senior Year. The Pitch Perfect star had a dramatic weight loss transformation that has altered her face but fans insist that the Senior Year cast has a plastic surgery face. Rebel Wilson hasn’t responded to these new cosmetic surgery speculations but previously, had shared getting a skin-tightening treatment and a body-sculpting session.

Rebel Wilson is an Australian actress, comedian, writer, singer, and producer who is mostly recognized for her role as Fat Amy in the musical comedy Pitch Perfect series. She started her acting career in the SBS comedy series Pizza shortly after she graduated from the Australian Theatre for Young People in 2003.

She also appeared in the sketch comedy series The Wedge before moving to America where her career took off and she starred in comedies like Bridesmaids, A Few Best Men, How To Be Single, Isn’t It Romantic, etc.

Rebel Wilson’s role in the Pitch Perfect series earned her several award nominations and she won the MTV Movie Award for Best Breakthrough Performance and a Teen Choice Award for Choice Movie Actress. The actress also ventured into the drama genre and acted in Jojo Rabbit for which she was nominated for the Screen Actors Guild Award for Outstanding Performance by a Cast in a Motion Picture.

The actress certainly has a successful acting career but it, more or less, is overshadowed by her personal matter that is weight gain. And now that she has lost weight, people have moved on to talk about her for plastic surgery rather than for her movies and acting as she is believed to have plastic surgery face.

Previously, we touched on the plastic surgery efforts of Bret Baier and Kane Lim.

Rebel Wilson’s Plastic Surgery: Is It Just The Pitch Perfect Star’s Weight Loss or Has She Had Cosmetic Surgery on Her Face?

Rebel Wilson (@rebelwilson) has shared that she had skin tightening treatment on her face and a body-sculpting session on her butt. Experts believe that the Senior Year actress has had fillers under her eyes and a neck lift.

Not long ago, Rebel Wilson was making headlines for her weight loss. At the time, people were highly supportive of her and commended her for taking matters of health into her hand as she was on her year of health while she embarked on her weight loss journey.

Now, they are taking the time to inspect her looks post-weight loss closely. Also since Senior Year, a Rebel Wilson-starrer comedy has been out and she looks gorgeous in the movie, by the way, people have been doing a double-take on Rebel and wondering whether her new appearance is all-natural or she has taken the aid of plastic surgery in order to enhance her looks.

Not that the Senior Year cast ever required plastic surgery to look beautiful, but she has had a dramatic transformation because of weight loss and it was a prerogative of most people in society that as a fat girl, she was just funny and words like beautiful and gorgeous had never been used to describe her. And also, if people lose a lot of weight (and Rebel shed 80 pounds), they normally follow up with skin removal surgery where they remove excess skin.

Besides, it’s not just skin removal surgery people wonder she has had, but they also think that the new Rebel Wilson has come to be after bariatric surgery and other plastic surgery on her face. For some reason, her fans simply refuse to believe that she might not have necessarily had any procedures done on her face because she has, as they believe,  a plastic surgery face.

Especially, her fans think that she has definitely had a nose job to make her nose appear more pointed than before. Also, because you can’t gain or lose weight on your nose, they think it likely that she has had work done on her job because it appears sharper than when she was fat. But maybe it appears so because she lost the fat on her face making her nose more prominent which is what is responsible for plastic surgery face.

Now, first, let’s not go on speculation and just talk about the surgery Rebel Wilson has herself admitted to. In 2019, the Pitch Perfect star shared via Instagram, that she had a skin tightening treatment on her face, followed by a body-sculpting session on her derriere.  She visited a plastic surgeon’s office in LA and had a day of treating herself, a day which she documented on her Insta.

The Fat Pizza actress posted a video of herself getting a ‘Venus Legacy’ treatment on her face. It is a shaping and tightening treatment, which Rebel felt was like a relaxing hot stone massage, that is said to boost collagen production and thus give the person having it a ‘younger’ and ‘refreshed’ look. This was in 2019 so maybe her year of health had not yet started. But what fans believe about her having a plastic surgery face seems to have been true even before she lost the weight.

Rebel Wilson, because she was already out for the day at Rosenberg Plastic Surgery in Beverly Hills, also gave an ‘M Sculpt a whirl on her butt’ and has a body-sculpting session with a device called Emsculpt that is for burning fat and building muscle mass.

The Isn’t It Romantic actor hasn’t confirmed or denied the rumors of her having a plastic surgery face but plastic surgeons, whose input can be considered, have weighed in on those speculations.

Board-certified plastic surgeon Frank Agullo, M.D., surmises that she ‘had filler under the eyes to give her a rested look” which is what has given her a refreshed look.  He also believes that ‘she probably also has had botox treatment to smooth out her expression lines.’

Doctor Pamela Agullo says that she thinks that Rebel Wilson has had some skin tightening to help turn her facial shape from round to triangular as she points out how Rebel is looking fabulous and thinner which definitely shows in her face. Well, that we already know because Rebel already told.

Michael K. Obeng, M.D., from MiKO Plastic Surgery makes an observation that Wilson’s neck is lifted, which, according to him, ‘can be achieved by Ultherapy laser treatment.’