Did Tim Allen Gain Weight For Santa Clause? How Did The Actor Put on 150 Pounds? 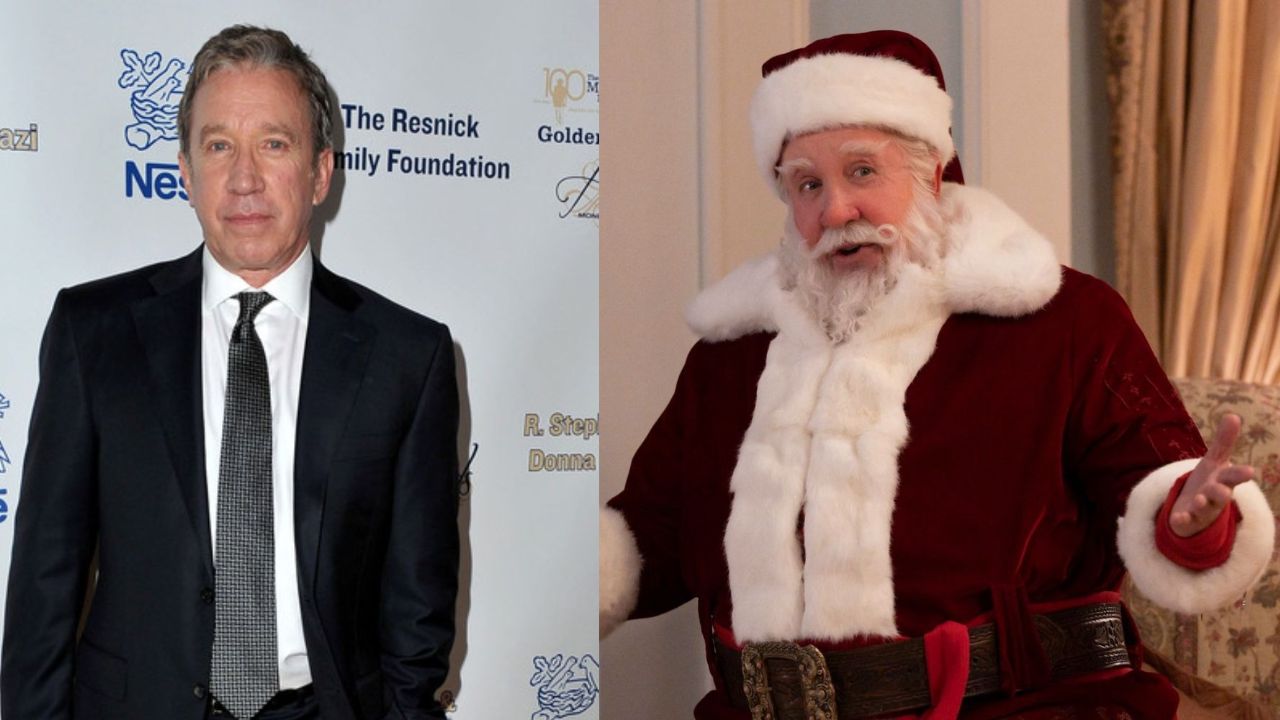 Did Tim Allen Gain Weight For Santa Clause? Well, Scott Calvin did but Tim Allen didn’t. To play the role of fat Santa, the actor put on a 35 pounds fat suit of foam latex to gain 150 pounds. It took the Last Man Standing star about four hours to get on the prosthetics and only after the costumes and makeup did he have a weight gain of 75 pounds for the film.

Tim Allen is an American actor and comedian who is best known for playing Tim ‘The Toolman’ Taylor on the ABC sitcom Home Improvement and Mike Baxter on the ABC/Fox sitcom Last Man Standing. He is also the one who voiced Buzz Lightyear for the Toy Story franchise and is widely recognized and beloved for playing the role of Scott Calvin and Santa Claus in The Santa Clause franchise.

Some of his movie credits include films include Tropical Snow, Galaxy Quest, Joe Somebody, Zoom, Wild Hogs, The Six Wives of Henry Lefay, Crazy on the Outside, 3 Geezers!, and El Camino Christmas.

Tim Allen has played a variety of roles in a variety of movies in his acting career but the most endearing role he ever played has to be of Scott Calvin/ Santa Claus in The Santa Clause franchise, which is also probably the movie with the most rewatch value because it is a Christmas movie. The movie has earned its status as a Christmas classic and the franchise, as a whole, is considered a holiday cult classic.

The franchise continued with the limited series The Santa Clauses which premiered on November 16, 2022. The new series was watched by a lot of new audiences who were shocked to see just how big and fat the actor looked playing Santa which made them go, ‘did Tim Allen really gain weight for Santa Clause’ because that is a lot to gain and it would be a lot to shed. Let’s learn more about whether it was his weight gain or if it was prosthetics!

Previously, we touched on the weight gain stories of Blake Shelton and Kat Dennings.

For The Santa Clause, Tim Allen, who played the role of Scott Calvin who assumes the responsibility of Santa after he unwittingly causes his death, transforms from this dark-haired, normal-size self into jolly old St. Nick with silver hair, whiskers, belly, and all. The transformation was insane even though it sounded too simple that he had to gain a bit of weight and his brown hair had to turn snowy white.

The little bit of weight that Tim Allen or let’s say Scott Calvin had to gain was 150 pounds. The weight gain not just shocked Scott’s coworkers in the movie but also shocked the viewers in real life to see him all big and fat like that. In the movie, Scott even goes to the doctor who bluntly tells him to go on a diet but in real life, people couldn’t bring themselves to think he actually gained all that weight for the role because 150 pounds is a lot to gain.

So, did Tim Allen gain weight for Santa Clause? Scott Calvin did but did the actor playing Scott? Well, no. The viewers were very right in thinking that 150 pounds was a lot to gain so, he didn’t really go ahead and work to put on those hefty pounds. He became the big guy with the help of prosthetics, and a fat suit, which was not very easy as one would think.

To gain weight for playing the role of Santa, Tim Allen wore a 35-pound fat suit of foam latex designed by Linda Notaro, who was the one behind Robin Williams‘ nanny suit for Mrs. Doubtfire. Besides the fat suit, the stomach used in the scene of the doctor’s office weighed 35 pounds and had to jiggle like real fat. Altogether, he put on 75 pounds with his costuming and makeup for the movie which was a very long and hard process and required about four hours.

The Home Improvement actor told that it took him three and a half hours just to get the fat suit and make-up on for scenes when his character Scott had put on noticeable Santa weight before the shooting started. It was not easy having to spend that much time sitting in a makeup chair to get the prosthetics that made him look the part of chubby Santa.

Tim Allen said that he had since then admired Eddie Murphy and Jim Carrey because there was no way to get around how uncomfortable wearing fat suits and those guys did it without making too much of a fuss about it. There was even a time limit while filming because due to the lack of ventilation, Allen couldn’t be in the suit for more than six hours.

But still, the Last Man Standing star was a good sport about it as his costar Eric Lloyd remembered. Even as time passed with the several films in the franchise, he didn’t get comfortable with the method of weight gain. In an interview at the world premiere of The Santa Clause 3, he said that he didn’t like wearing a fat suit more than the first time but he was going to do what it took to stay in the business because he is getting old and he could be phased out any moment. He said,

I’m getting old. I dig this business. I’ll do what I can to stay in this business. At my age, (John) Travolta and I just finished a movie together and he said, ‘It’s amazing people are still calling us. You know, this age group gets younger.’ And I said, ‘Look, I’m the same way. If I’ve got to get into a fat suit to work, I love crews and grips and this stuff. I just love working.’ So, I’ll get that fat suit. I got it so they’ve got a chair that reclines and there’s somebody to rub my feet a little bit. It goes by. Four hours goes by.