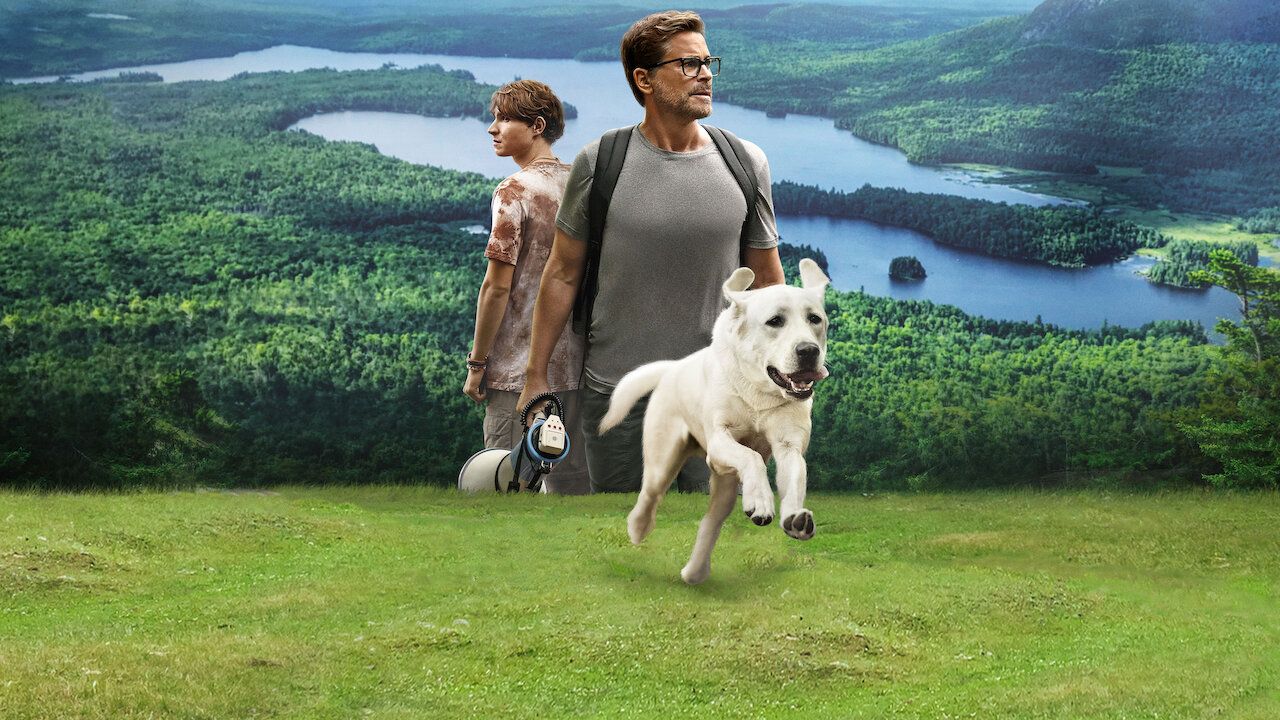 The filming location of Netflix’s new dog drama Dog Gone largely consists of Georgia. Atlanta Metropolitan City to be more specific. The movie’s set in Virginia though. It is also set on the Appalachian Trail which also serves as the prominent filming location for the movie. Rabun County also serves as the setting for a lot of sequences. The principal photography of Dog Gone commenced in August 2021 and ended in late January 2022.

Netflix has come back with a family drama Dog Gone after a long time. The dog movie about going on a journey to search pet dog gone missing premiered on the streaming platform on January 13. The film is a screen adaptation of the 2016 book Dog Gone: A Lost Pet’s Extraordinary Journey and the Family Who Brought Him Home written by Pauls Toutonghi. The book itself is based on real-life events.

Dog Gone, you could say it is a biographical drama, is centered on a runaway yellow labrador Gonker who gets separated from his owners after he just runs off into the forest and gets lost. So, his owner Fielding Marshall, along with his father with whom his relationship is sour, goes on a journey to get his lost dog back home. And the journey is not a short one. They go to several places as they track Gonker.

While the narrative that the dog has Addison’s disease and must be found before it’s too late because it cannot survive without medications for long is very compelling and keeps the viewers hooked to the movie, the constantly changing backdrops without the drastic difference in the scenery leave the people thinking of the filming locations of the movie. Just what places do they see on the screen? If you want to know, we have got the filming locations of Dog Gone covered for you right here!

You might be interested to know more about the filming locations of Firefly Lane and The Ultimatum.

Dog Gone is based on a true story of a pet dog running away only to get lost and not find its way back. So, what happens in the movie is that when a person named Fielding Marshall goes hiking on the Appalachian Trail, all of a sudden, his beloved furry friend he calls Gonker – a beautiful labrador – just runs off to the woods. The person waits for a long time for his pet dog to return but he does not return.

Gonker is lost and Fielding must find him and he must find him soon because Gonker is a dog with Addison’s disease and he cannot survive without the medication for long. So, off he goes in search of his furry friend on a journey that takes him to a lot of places.

So, where the real-life events transpired, the movie is also set in the same place. Dog Gone takes place across Virginia and the Appalachian Trail. But the question is not where it is set but where it is filmed. Fans are curious to know just which place they have seen on the screen as they watch the father-son duo go on a journey that takes them to several interesting places as they search for their missing pet Gonker. So, what are the filming locations of this movie?

As it turns out, Dog Gone was shot entirely in Georgia. The principal photography of the Rob Lowe-starrer dog drama began in August 2021 and the shooting wrapped up around five and a half months later in late January 2022. The movie may have been set in Virginia but the film crew decided to take the cameras to Georgia. They spent the most time in Atlanta Metropolitan Area in the state.

Atlanta Metropolitan Area or Metro Atlanta, as it is often called, is located in the low foothills of the Appalachian Mountains. It is Georgia’s capital and the cultural, demographic, and economic center, and thus the most populous city. This region is home to several museums and parks. Some of them are Children’s Museum of Atlanta, Fernbank Science Center, Jimmy Carter Library and Museum, Chattahoochee River National Recreation Area, Atlanta Botanical Garden, and Kennesaw Mountain National Battlefield Park.

Oh, and Metro Atlanta is huge. It is the eighth-largest region in the country. So, when the movie is filmed here, it takes you to a variety of locations of the place. Even if most of the movie is shot here and so, the most you see on screen happens to be this region only, it never gets visually dreary and dull. The filming locations never get too repetitive and neither does the scenery change drastically.

Most pivotal scenes are shot across Metro Atlanta. The film cast and crew went around different parts of the place to get the picturesque backdrops for the movie. It was filmed in and around Stone Mountain and Powder Springs. And they reportedly also set up a camp in the cities of Conyers and Riverdale. Aesthetically speaking, Dog Gone is very pleasing to the eyes and the crew really chose the best filming locations.

Another important filming location where they shot a significant chunk of the movie is Rabun County. Some of the most beautiful scenery the viewers see on the screen is probably filmed in the city of Clayton and the unincorporated community of Lakemont. It’s due to Clayton’s proximity to several beautiful natural landmarks like Black Rock Mountain State Park, Angel Falls, the Bartram Trail to Becky Branch Falls, and many others, that it served as the setting very well. The resort town of Tallulah Falls also served as a prime location for the movie.

However, the most vital filming location of Dog Gone is the Appalachian Trail. It extends more than 75 miles through the Chattahoochee-Oconee National Forest where some of the pivotal scenes were shot including the one where Gonker gets lost. This is where the pet got lost in real life as well.

Trending
Olivia Culpo’s Plastic Surgery: What Are the Beauty Secrets of the Former Miss Universe? Before & After Pictures Examined!
Trending
Buddy Valastro’s Weight Loss in 2022: Comparing His Before and After Pictures, the Former Cake Boss Star Looks Way Too Slimmer!
Trending
Is Lori Petty Gay? What’s the Actress’ Sexual Orientation? Fans Think She’s Not Straight!
Trending
Lisa Marie’s Weight Gain: Did the Only Daughter of Elvis Presley Overeat and Abuse Drugs Just As He Used to Do?
Trending
Is Chris from MrBeast Still Married? Or Is He Getting Divorced From His Wife Katie Tyson?
House&Whips
About UsPrivacy PolicyTerms of UseDMCAContact
House&Whips is a leading media and entertainment source as a fast-growing information hub. For promotion or advertisement, please mail us at [email protected]