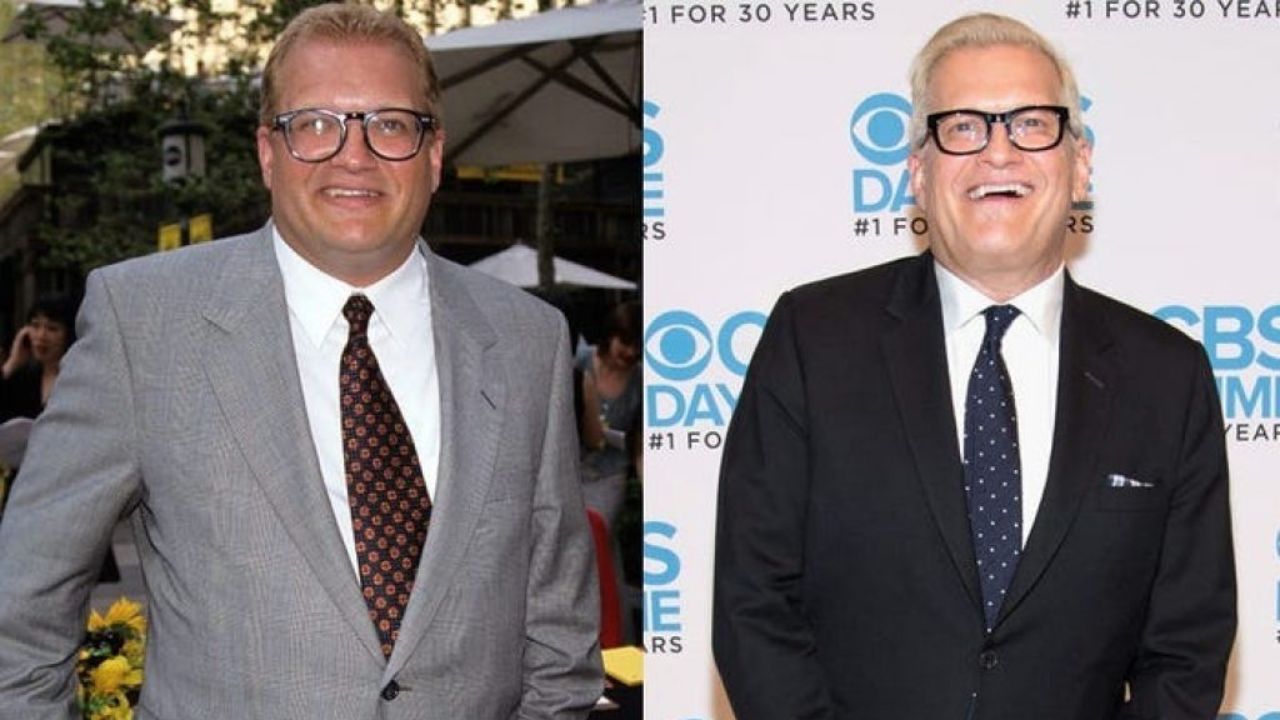 Drew Carey and his weight gain stayed together for a long time until he decided to embark on a weight loss journey after he was diagnosed with Type-2 diabetes. The comedian had not worked on his weight gain prior to that because then he had no son he wanted to see graduate. Drew Carey once almost had a heart problem, which was basically a heart attack waiting to happen.

Drew Carey, who you would best know from The Price Is Right, is an American actor, comedian, and game show host. He had ventured into stand-up comedy after he had served in the US Marine Corps. He gained prominence after he got his own show The Drew Carey Show, and also hosted the US version of Whose Line Is It Anyway?. He has also made appearances in several films, television series, music videos, a made-for-television film, and a computer game.

From his hosting, Drew Carey had made himself known as a loveable, teddy-bear type, which was adored by the audience. But he didn’t like it which makes us question why didn’t he do anything about his weight gain soon.

Previously, we touched on the weight gain stories of Bella Thorne and Brendan Fraser.

Drew Carey’s Weight Gain: Is it the Reason Behind His Heart Attack?

It took an almost heart attack for Drew Carey (@drewfromtv) to finally realize the consequences of neglecting his health were catching up to him. For someone who was very career-centric and was focusing on it, he had failed to take care of his body and miraculously not taken heed of the fact that he had had a massive weight gain.

He had ballooned up to 240 pounds. How does anyone miss that kind of weight gain in themself? He truly had let himself go and he was painfully and unhealthily oblivious about that. Then, a major health scare occurred in the form of a heart attack.

One day, in 2001, The Price is Right host got really shaken up from the chest pains and tingling pain in his arms and shoulders he started feeling when he was out jogging. But after the pain had gone away by the time he reached home, he did nothing about it and didn’t even mention it to his doctor during a physical the following day. He didn’t take into account the history of health problems in his family.

Poor judgment on his part because after a long day at work, the pain was back and more intense than before. After he collapsed on his trailer, a team of paramedics rushed him to St. Joseph’s Medical Center in Burbank, where he was told that one of his arteries was 95 percent blocked, which was clearly a heart attack waiting to happen.

Drew Carey then had an angioplasty, which is a procedure to pry open the blocked artery with a tiny balloon covered with a spring called a stent, which was that problem solved. It was only then he took the time to regret not prioritizing his health despite having that giant of a weight gain. The most common disease in America and the most preventable which nobody should have to have, as he said, made him want to kick himself.

How he would have steak and eggs for breakfast, chow down on the set and drink Pepsi or coffee with sugar and cream all day, and have pizza or a cheeseburger and fries at night, flashed in the CBS star’s mind. One can see how that much of a weight gain. He recalled how getting out of bed in the morning involved hitting snooze for about an hour, and the sluggishness would continue throughout his day.

You would think he would have prioritized his health after that. But it was long before that. Weight gain couldn’t do it and neither could the almost heart attack.

Fast forward to 2010, Drew Carey was diagnosed with Type-2 diabetes, which again reminded him that his situation of weight gain had not been rectified. His weight, he had made a comedic topic throughout his sitcom and improv shows. But it was serious because this time around, he had fathered a son and was determined to live long enough to see his son graduate high school.

As Drew Carey remembered, being big was a burden and it sucked being fat. So, he had to make a change. That’s when he decided to work towards weight loss, which he had wanted for a long time to do.

To reverse his weight gain, Drew Carey embarked on a strict regime. He shaved his diet of carbohydrates and hit the gym religiously. With his motivated dedication to losing weight this time, he not only achieved the desired weight loss but also pulled off a diabetes loss. After dropping 80 pounds, he was no longer diabetic and no longer needed the medication.

The meal plan that helped Drew Carey in the weight loss process was free from carbs, not even a cracker or bread or pizza or corn or beans or starches of any kind. He did cheat a couple of times but that didn’t seem to make much difference in losing weight.

Dedicating him to weight loss completely, Drew Carey also did workouts. He did at least 45 minutes of cardio which got him from a size 44 pants to a 33-34.

This almost made people wonder if he even had any weight gain ever. Once he saw the resultant weight loss, he was further motivated to shrink to a size 32 and didn’t want to stop.