Dwayne Johnson’s Plastic Surgery: The Rock Has Admitted To A Gynecomastia Reduction Procedure! 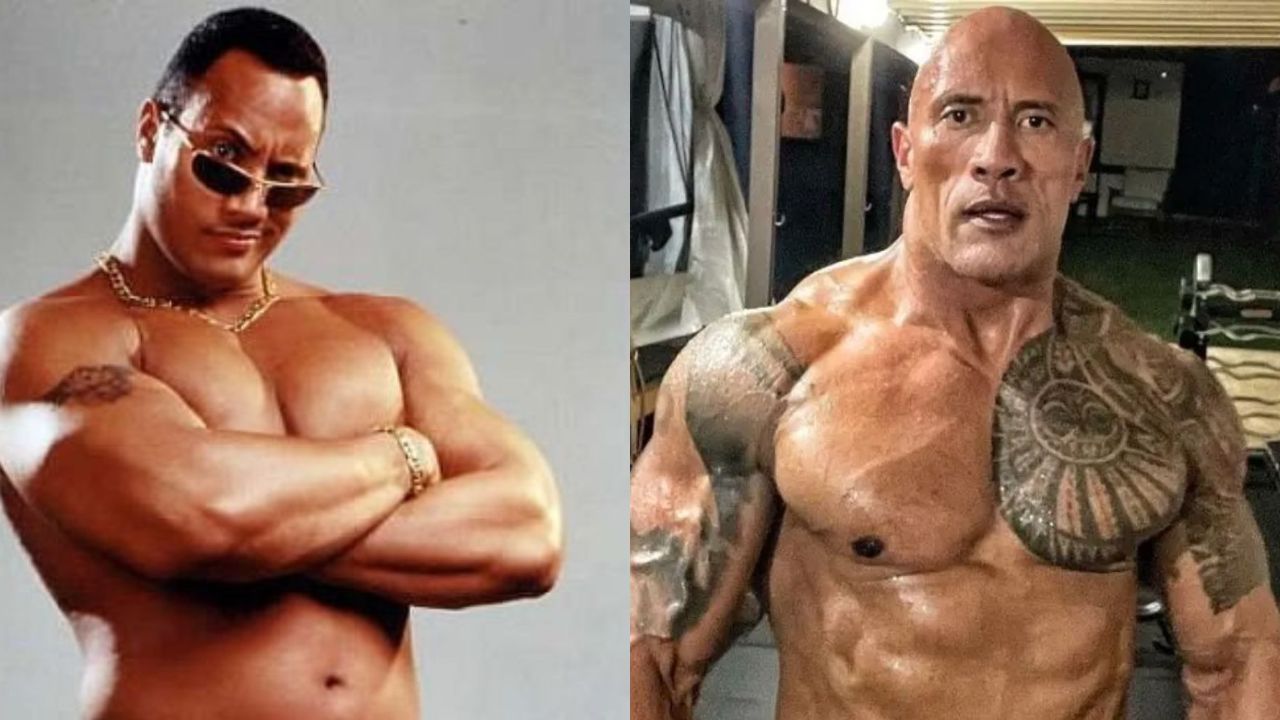 Dwayne Johnson, also known as The Rock, has revealed that he had plastic surgery for gynecomastia reduction in the early 2000s. Even The Rock was having a hard time regarding his appearance and his man boobs about which he said he couldn’t do anything even with his workout sessions in the gym. So, as a last resort, Dwayne Johnson decided to get plastic surgery to get the excessive fat in his chest reduced. He is also believed to have gotten Botox and a facelift but he has not confirmed that.

Dwayne Johnson is one of the most well-known faces among the WWE Universe and in Hollywood. He is also known by his ring name The Rock. He is an American actor, businessman, producer, and former professional wrestler. He wrestled for WWE for eight years before he pursued a career in acting.

The Rock’s first film appearance was in 2001 in The Mummy Returns. He followed that up next year with a leading role as the titular character in the film The Scorpion King. Since then, he has starred in several family films including The Game Plan, Race to Witch Mountain, Tooth Fairy, and Jungle Cruise. He has also done many action-adventure films such as Journey 2: The Mysterious Island, G.I. Joe: Retaliation, Hercules, Skyscraper, San Andreas, and Rampage.

Dwayne Johnson voiced Maui in the Disney animated film Moana in 2016. He played Luke Hobbs in the Fast & Furious films, starting from Fast Five, and got his own spin-off film Hobbs & Shaw. He starred in the Jumanji films and Krypto, Anubis, and Black Adam in the animated film DC League of Super-Pets before starring as the latter in the live-action superhero film Black Adam.

Besides acting and wrestling, The Rock is also recognized for his terrific physique which he works very hard to achieve. But his efforts in the gym solely were not enough for that. He had to undergo a plastic surgery procedure for that. He had to have a gynecomastia reduction procedure to reduce the size of his chest. Continue reading to learn more about Dwayne Johnson’s plastic surgery!

Previously, we touched on the plastic surgery efforts of Bella Thorne and Gwen Stefani.

Has The Rock Had Plastic Surgery? Dwayne Johnson Got a Gynecomastia Reduction Procedure To Get Rid of Excess Fat in His Chest!

Dwayne Johnson, also known as The Rock, (@therock) has admitted that he underwent a plastic surgery procedure to get rid of his man boobs, which is called gynecomastia reduction. Some fans suspect that he has gotten Botox and a facelift.

Dwayne Johnson is very much recognized and marveled at for his incredibly impossible-looking physique. He has garnered a huge fan following of fitness freaks by being one. But, if you thought he has managed to achieve his terrific physique all by himself in natural ways, then you would be wrong. He has had a little help from plastic surgery to get a body like that and he hasn’t shied away from the fact that he has undergone cosmetic surgery.

So, what plastic surgery has The Rock undergone that helped him look the kind of fit that he does? It’s a procedure called gynecomastia reduction and what it does is that it reduces the excessive fat deposit in the breast area or in simple words, fixes the problem of man boobs.

It might seem silly to hear but it’s real and Dwayne Johnson is far from the only man to have struggled with this issue. Man boobs or enlarged breast is a problem lots of men face and gynecomastia, as it is called in medical terms, is kind of common. It affects an estimated 35% of men both young and old. The enlargement in the chest area of men can be due to excessive development of breast tissue or fat, or both.  It could be also an estrogen build-up, which can be genetic.

The trend of using plastic surgery among men to reduce their chest area is on the rise. Gynecomastia reduction involves sucking fat out of the chest area, giving it a much flatter look. Simple liposuction can do it. It only requires extra surgical means to remove the excess tissue in men who have a combination of fat and glandular tissue. The surgery takes almost an hour to complete the procedure.

After that one hour, men with gynecomastia are released to go home and they can get back to exercising in about a week. And also, they can get to appreciate their much flatter pecs which might have seemed impossible before plastic surgery.

That is what Dwayne Johnson also did. It might seem crazy to think that The Rock ever went through a period where he felt insecure about the way he looked but everyone has their battles and he was not born looking the way he does now. He had to work for it. And what he couldn’t get by just working out, he took the aid of plastic surgery.

In the early 2000s, when Dwayne Johnson was making a transition in his career from wrestling to acting and his star was on the rise, he began to have reservations about his appearance and he got obsessed with his big chest. He got more worried about the fact that he had tried getting rid of that extra fat in his chest but no amount of hard work in the workout sessions in the gym worked for him. So, he went ahead and took the plastic surgery route.

It was an aesthetic thing. I went in and showed the doctor, and he said, ‘Are you crazy?’ I was walking around with my shirt off all the time, so I had it done.

Besides gynecomastia reduction, some fans think Dwayne Johnson has gotten other plastic surgery such as Botox and a facelift. They insist that he has a much smoother face now than he did in the past, which could be due to Botox. Plus, his eyebrows seem to be raised higher which could have been due to a facelift.