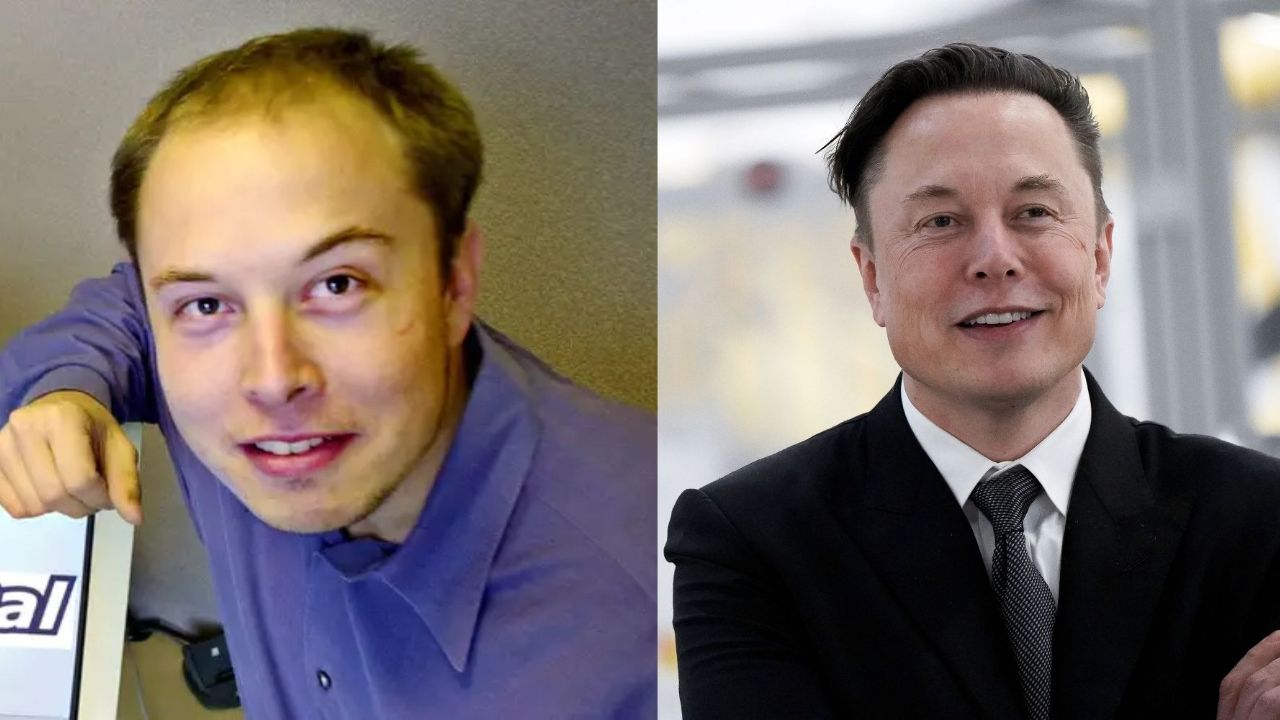 Elon Musk, the tech billionaire who recently bought off Twitter and is the new owner of it, has been the subject of plastic surgery speculations. It is unanimously agreed by everyone that the CEO of Tesla definitely had hair transplants. But Elon Musk, 50, likely hasn’t stopped at the hair transplant seeing that he doesn’t have a physical appearance resembling his age, which could mean Botox, facelift, and skin tightening treatments.

Elon Musk, as of April 2022, is the wealthiest person in the world according to both the Bloomberg Billionaires Index and the Forbes real-time billionaires list, with an estimated net worth of around US$252 billion.

He is foremost an entrepreneur, investor, and business magnate. He is the founder, CEO, and chief engineer at SpaceX. He is also mostly known for being the CEO and Product Architect of Tesla Inc. He has also founded The Boring Company; and is a co-founder of Neuralink and OpenAI.

Currently, hogging the headlines, and splashing in the front page news for buying Twitter, people are focusing on Elon Musk with a magnifying lens and he looks too young and his hair is too good. They wonder if the richest man’s expenses include plastic surgery or not!

Previously, we touched on the plastic surgery efforts of Blac Chyna and Madonna.

Elon Musk, the CEO of Tesla- his genius precedes him and the reputation he has gained for engaging on Twitter (@elonmusk) in a way that has come across to many as not suited to a man of his stature and profile.

On Twitter, he has been unabashedly himself and has done a lot of joking around, oversharing memes, and sharing things that have got him into trouble. He had to agree to use Twitter less after he once falsely tweeted that he had secured funding for a private takeover of Tesla and was sued by the U.S. Securities and Exchange Commission (SEC). He has also been criticized for spreading misinformation about the COVID-19 pandemic on Twitter.

He does not behave, as the youngsters would say, cool whenever he is on the social networking site. The technology genius he most certainly is who has made it possible for the internet accessible in the war-affected Ukraine by providing Starlink, a satellite-based internet division of Space X, but he does exhibit that annoying boomer energy.

However, Elon Musk is now not only a Twitter user but also a Twitter owner. Anyway, the point is the CEO of Space X is super popular and everyone knows about him.

Particularly, these days, his is a name that cannot be escaped because he has done the most unimaginable thing ever. He has spent his billions to buy Twitter, his favorite social platform, which is the hottest news right now. So, everything about him is trending on the internet, including his net worth, relationships, children, and plastic surgery.

The most surprising one is Elon Musk’s plastic surgery because why? Wanting to know about his net worth is understandable because he, most of the time, is the richest person. Relationships, it doesn’t have anything to do with a person, everyone is interested in other’s relationships, and children, a subset of relationships, but plastic surgery?

I had always lived under the impression that you either had to have the looks or money. Looks could take you everywhere and if you had the money, no one should care about your looks. Clearly, the internet searches about the top billionaire have negated my life lessons. Even though Elon Musk seems to enjoy being the center of attention, judging by his Twitter behavior, I don’t expect him to like these plastic surgery speculations about him.

Elon Musk’s Plastic Surgery – I wonder why anyone would want to know about that! Could it be because people group him with the celebrities of Hollywood in their minds? But never mind that, once you take a look at the pictures of him from the past and compare it to now, you will understand why.

It is because you will see that he has gone through reverse aging. He used to look older then than he does now. And you just know that plastic surgery is in the mix!

One thing you can’t help but notice is the hair. Elon Musk as we know now has a head full of hair which is in sharp contrast to the past him, who was a man with a receding hairline. His hair had already severely thinned and had lost most of its volume on the top of his head. He even had lost his hair completely in some parts.

After that point, the hair can’t grow again in any way other than through hair restoration. And now, he is the owner of very luscious hair. The transition can’t have been natural. The only natural transition course is the billionaire balding but that’s the exact opposite of what happened. So, naturally, people speculate about hair transplants.

But even though Elon Musk has not admitted to the hair transplant himself (as if it wasn’t that obvious), we have the opinions of a professional – Dr. Jefferey Epstein, MD, a hair transplant specialist in New York.

According to him, the Boring Company founder had a ‘significant frontal thinning with recession’, which was also called ‘The Prince William look’, a moderately recessed hairline with fine baby hairs covering the frontal one-third of the scalp. He had a class three to a class four hair loss pattern of which he shows no signs at the present which would be baffling to explain without the surgery.

Epstein added that Elon Musk could have hairs from the back and sides of the head relocated to the front of the scalp, which is the kind of transplant that gives the most natural results. The tech entrepreneur could have undergone the procedure at least twice, which could have cost him somewhere between $20,000 and $30,000.

Epstein also believed that the PayPal founder got a good result from his surgery in that offhand, you couldn’t tell that it was done.

Also, could you tell that the age of Elon Musk is 50?  I doubt that you could because he has the physical appearance of someone in his late thirties even though he is a decade older.

Not only has he had a hair transplant, but he likely has gotten plastic surgery as well. And he might never admit this but he likely had Botox injected on his face, had a facelift, or some kind of skin tightening treatment (not a wrinkle in sight).