Emily Canham’s Weight Loss: Does the Youtube Vlogger Have an Eating Disorder? How Much Weight Did She Lose in 2022? 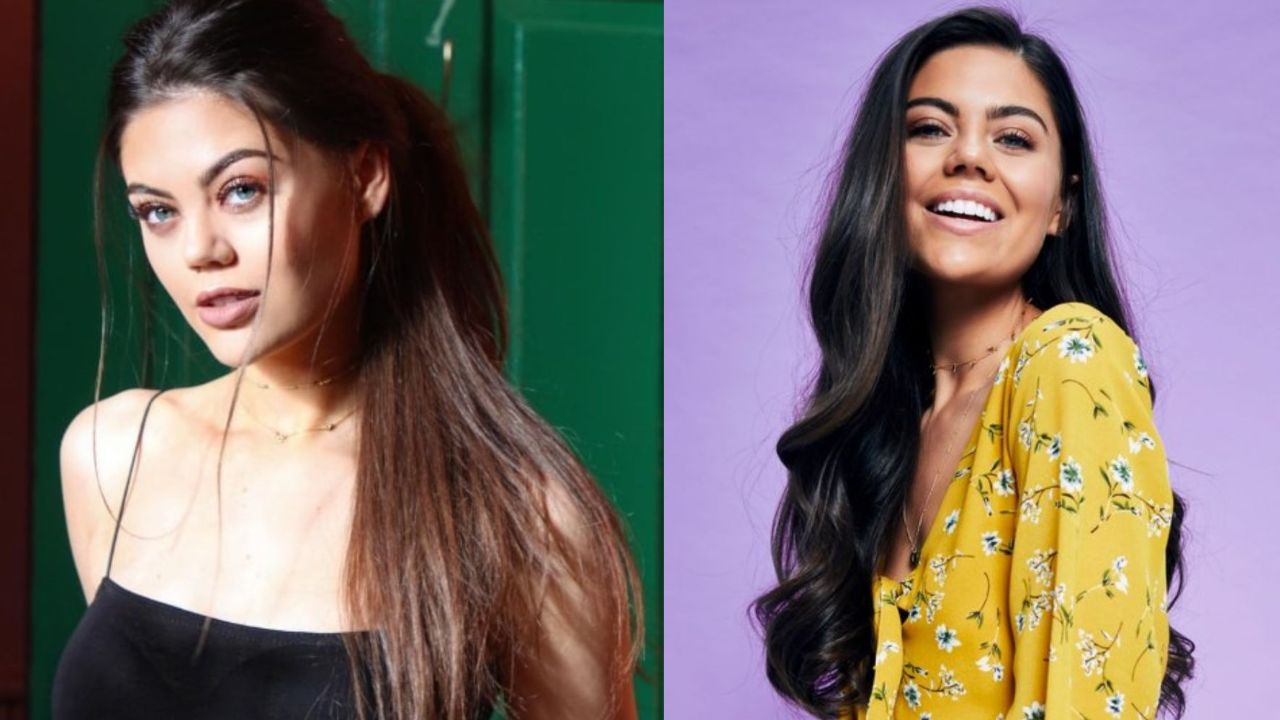 Emily Canham’s drastic weight loss over the years, especially in 2021 and 2022, has shocked and gotten people worried that she might have an eating disorder. The social media influencer looks very unhealthy and skinny, fans say. They think that Emily Canham’s weight loss comes from her need to be overly skinny as she is always body-checking in her pictures and is proud and flattered when anyone compliments her skinny body.

Emily Canham is a social media influencer who came into prominence with her Youtube content. She started her Youtube channel in 2012 and after her John Lewis returns went viral, she got a lot of subscribers overnight. The number continued to increase and a year later, when she did the 30 Facts About Me Video, she was a proper celebrity by that time.

She publishes videos on her two channels – butimherforever and imhereforvlogs. She has more than 1.15 million subscribers collectively now. And all the videos she makes are related to things of beauty and fashion. So, she’s known for her fashion, beauty, and travel content as well as her hauls. Now, she uploads similar content on Instagram and TikTok as well. Now, along with Youtube vlogger, she’s also an Instagram influencer and a TikTok star. With her popularity on social media, she also managed to become the L’Oreal Digital Makeup Ambassador.

Lately, her fans have started to notice that she has undergone a drastic weight loss that makes her look too skinny and unhealthy. They are starting to be concerned that she has one of the worst cases of an eating disorder. And disappointed that it’s not becoming a bigger conversation. Let’s learn more about Emily Canham’s weight loss!

You might also want to read the weight loss stories of Adele and Sunny Hostin.

Emily Canham (@emilycanham) provides more content for discussion on social media with the drastic change in her appearance after her weight loss than she does with her fashion and style content these days. Fans are starting to get really worried and concerned about her health because as they say, she looks really skinny and unhealthy. Notice how she looked in her latest haul? She doesn’t look just lean and fit anymore, she looks sickly.

Many fans have shared their observation on various forums about how they have noticed that Emily Canham looks so small with her excessively tiny body and bony shoulders recently after all the weight loss. She was never very massive to speak of for all this losing weight that’s going on with her. And that’s what worries the fans most she was always thin, but now she has gone beyond what seems healthy for her. It does not help that she appears to be body-checking a lot in her pictures and haul/outfit videos on TikTok.

People have noted how her Insta stories are full-on skeletal these days and have been since 2022. Like in some of her pictures, you could count her ribs and in others, see how her spine sticks out. Her chest bone does that too. This isn’t the same as before when she used to be thin but she looked healthy. Now, she just looks unwell and frail at her weight. She looks like she has become very fragile after the weight loss. Not at all healthy like she would have people think.

It grinds her followers’ gears that only they seem to be concerned about her dramatic and unhealthy weight loss. Not even Emily Canham much cares about whatever’s going on with her body. In fact, she’s more flattered and proud of it, it seems. And they wonder why it’s not a bigger conversation surrounding her. Why haven’t enough people taken note of how sickly she looks to make the issue bigger?

As it turns out, Emily Canham’s been deleting comments on every post of her that shows concern for her health and asks her to stop with the weight loss. But she replies to every other comment, especially the one that compliments her body saying how her body looks fantastic and great. Fans who are worried about her are not happy with all the comments praising her and saying how beautiful she looks.

They are also not happy with Emily Canham who answers every comment but the ones about her weight loss, which she deletes. She seems like she really goes overboard in deleting all such comments because she has hardly any comments and interactions on her weight for someone who has such a large following. The comments praising her are very few in number.

Emily Canham might have an eating disorder but she’s not ready to face it and she would rather be the skinniest and do body checks right now. She’s been complaining a lot about her skin being bad on Instagram. Some people think that’s a sign of an eating disorder as her body is too malnourished for her skin to be healthy. She also could be not drinking enough water to avoid water weight or bloating and dehydration could be doing that to her skin.

They are troubled by how Emily Canham’s family has not yet had an intervention for her. Her family members don’t seem to be helping her with her eating disorder and weight loss because she’s been that way for several years. Some of them think that someone should message her family to alert them about whatever Emily’s going through while others disagree because it could make her defensive and the whole situation much worse if she’s not ready to deal with her problem yet.

And it does seem like Emily Canham doesn’t want to face her problem or she doesn’t think she has a problem with an eating disorder and that her weight loss is troubling because she’s constantly posting food as if everything is fine. She looks like she’s still in denial and on the defensive by how aggressively she’s deleting comments showing concerns about her health.

Also, a quick reminder for you to visit House & Whips for more interesting stories about your favorite celebs.

Trending
Jelena Ostapenko’s Husband: Is the Tennis Player Married? Is She Pregnant? Or Did She Have a Baby with Her Boyfriend?
Trending
Wilmer Valderrama’s Wife: Is The That ’70s Show Star Married? Who is Amanda Pacheco?
Trending
Jelena Ostapenko’s Weight Gain 2023: Does the Tennis Player Have Diabetes? Or Is She Pregnant? Did She Have a Baby?
Trending
Adele’s Weight Loss Pills: How Did The Singer Lose Weight? Was it Pills, the Sirtfood Diet Plan, Keto, or Other Method? The Star Then and Now!
Trending
Lauren German’s Plastic Surgery: Did the Leslie Shay Actress from Chicago Fire Get Cosmetic Surgery?
House&Whips
About UsPrivacy PolicyTerms of UseDMCAContact
House&Whips is a leading media and entertainment source as a fast-growing information hub. For promotion or advertisement, please mail us at [email protected]