Eminem’s Weight Gain: Everything You Need to Know! 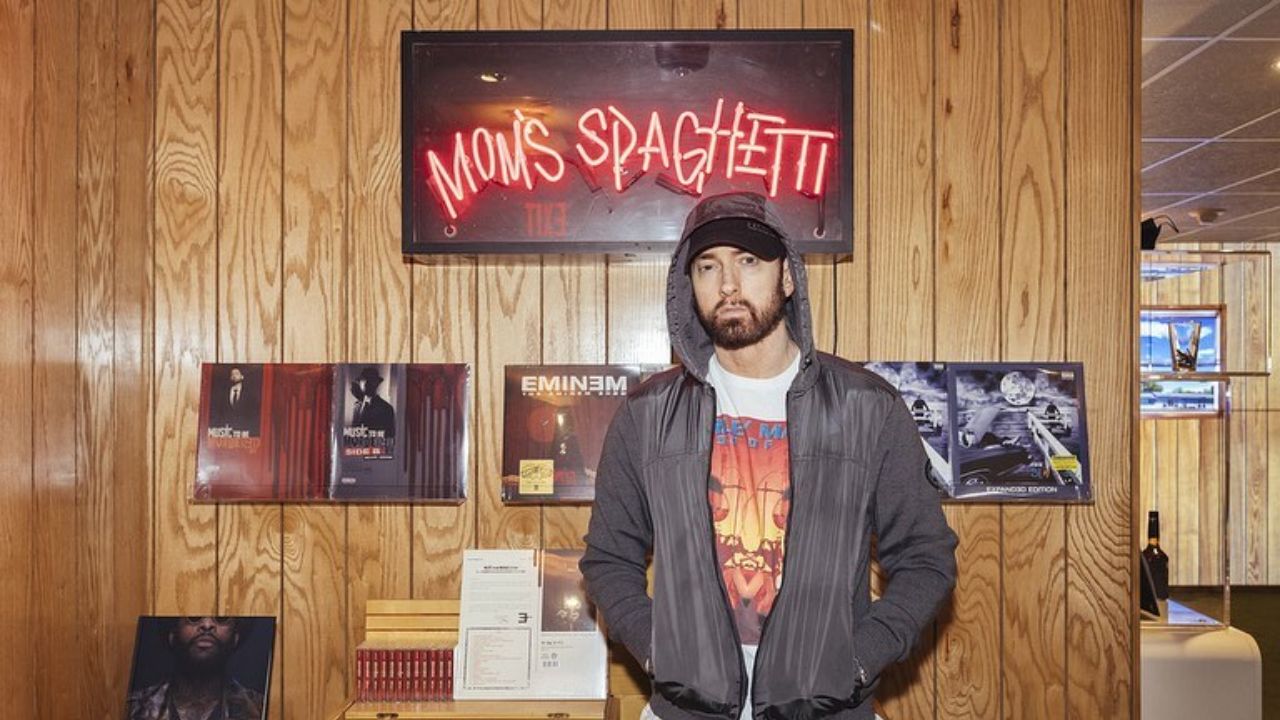 Eminem lost around 80 lbs after he realized he needed to be in better shape. However, what were the factors which led Eminen to gain weight. Know all the details about Eminem’s weight gain in 2006. Also, a little glimpse at Eminem kneeling during his half-time performance at Super Bowl LVI.

Marshall Bruce Mathers III is a rapper, songwriter, and record producer from the United States who goes by the stage name Eminem. He is one of the best-selling musicians of all time, with over 220 million albums sold worldwide.

Em is widely recognized for popularizing hip hop in the Midwest and is often regarded as one of the best rappers of all time.

While most of his controversial work in the late 1990s and early 2000s drew widespread criticism, he became a symbol of popular distress among the American underclass and has been identified as an inspiration for a wide range of artists.

Previously, we touched on the weight gain efforts of Mary J. Blige and Renee Zellweger.

In mid-2006, the typically slim and wiry Eminem‘s weight gain exploded to around 230 pounds during one of his self-described lowest points in his whole career.

Eminem confesses to using Dr. House levels of Vicodin simply to feel normal enough to drag himself out of bed in a frank interview with Rolling Stone in 2011 during a massive drug binge that peaked in 2006 when one of his closest pals died.

Furthermore, as a result of his constant intoxication, the only food he bothered to consume came in either a bucket or a paper bag.

Eminem (@eminem) spent a lot of time at McDonald’s and Taco Bell, in fact. Even the drive-through employees were accustomed to him approaching their window, getting 40 McNuggets, and then eating them in the parking lot, in his car, alone, according to him. No wonder he underwent such a massive weight gain!

When Em overheard two young followers whose parents had plainly missed the Explicit Lyrics label on his records fighting about whether or not he was the Eminem, he realized he definitely needed help luring himself away from ham-based products.

According to the rapper, the two youngsters ultimately talked themselves out of approaching him to ask for an autograph when they both stated, loudly enough for Em to hear, that “Eminem ain’t’ fat“.

Em left drugs and, in his own words, “started running like a f&&&ing maniac” to get back into good enough shape to appear threatening on record covers again after a severe overdose a few months later.

Eminem finally lost all of the weight he’d acquired during his downtime, estimating it to be around 80 pounds, and claiming that he can now do it without pausing.

So, if you’re looking for some motivation to stay in shape, remember that Eminem lost 80 pounds after nearly dying himself with drugs and fast food, and then went on to write the best-selling rap album of 2009.

Eminem Took a Knee During His Super Bowl Halftime Performance

Eminem took a knee at the Pepsi Super Bowl LVI Halftime Show on Sunday, which included some of hip-hop’s best musicians. The rapper took a knee after performing his 2002 song Lose Yourself.

When former NFL quarterback Colin Kaepernick utilized the kneeling motion as a means of protest against police brutality and racial injustice, it sparked outrage.

Former San Francisco 49ers quarterback Colin Kaepernick was widely chastised for initiating this form of action during the national anthem at a 2016 preseason game.

Since then, athletes of all levels have knelt during the national anthem to show their support for Kaepernick and his message.

Em has previously backed Kaepernick’s cause. He did an explosive 4.5-minute freestyle rap at the BET Hip Hop Awards in 2017, blasting out former President Donald Trump and endorsing Kaepernick’s stance on racism and police brutality.

Kaepernick was also mentioned in the lyrics of Eminem’s 2017 song Untouchable, where he rapped:

If you don’t stand for the national anthem … We raise it, you better praise it.

The Los Angeles Rams defeated the Cincinnati Bengals 23-20 in the Super Bowl on Sunday.